Earlier this month Kona Brewing reached a major milestone when it sold its five-millionth case of beer in the United States. And the beer that was a major factor in reaching this number is the brewery’s flagship beer, Big Wave Golden Ale that has sold more than 1.6 million cases year to date.

When the father and son team of Cameron Healy and Spoon Khalsa started Kona Brewing it began its operations in 1994 in Kailua-Kona on the Island of Hawaii. Since this time it has expanded immensely on the mainland from contract brewing at Widmer Brothers Brewing and then became officially part of the Portland based Craft Brew Alliance (CBA) in 2010.

Now Kona Brewing is Hawaii’s largest and most well known beer. During this growth the brewer has held a strong presence to its home in Hawaii as it supports many various non-profits and attempts to lead a sustainable environmental footprint. Beyond brewing beer for the mainland at CBA location for distribution in these states it also invests in solar power and water reclamation to manage its ecological footprint. 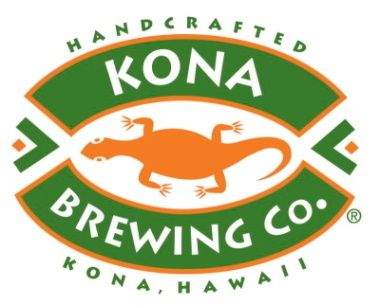 In the coming year Kona Brewing will begin construction on a new 100,000-barrel brewery that is said to become the most sustainable craft brewery in the state. The new brewery will also help supply the increasing demand for Kona beers across the Islands.

“This momentous achievement is a testament to our team and our world-wide community of fans who have put Kona Brewing Company on the map,” said Cindy Wang, Senior Brand Director in a statement. “With new additions to the portfolio rolling out across the mainland and a brand-new brewery in our hometown, we look forward to continuing to promote the Aloha spirit, give back to our community and share our Liquid Aloha with fans across the globe.”

The latest beer to join the brewery’s core line up of Big Wave Golden Ale, Longboard Island Lager and Hanalei Island IPA will be Kanaha Blonde Ale. This new Blonde Ale has been available throughout the state of Hawaii this year and will see broader distribution to the mainland in 2018.