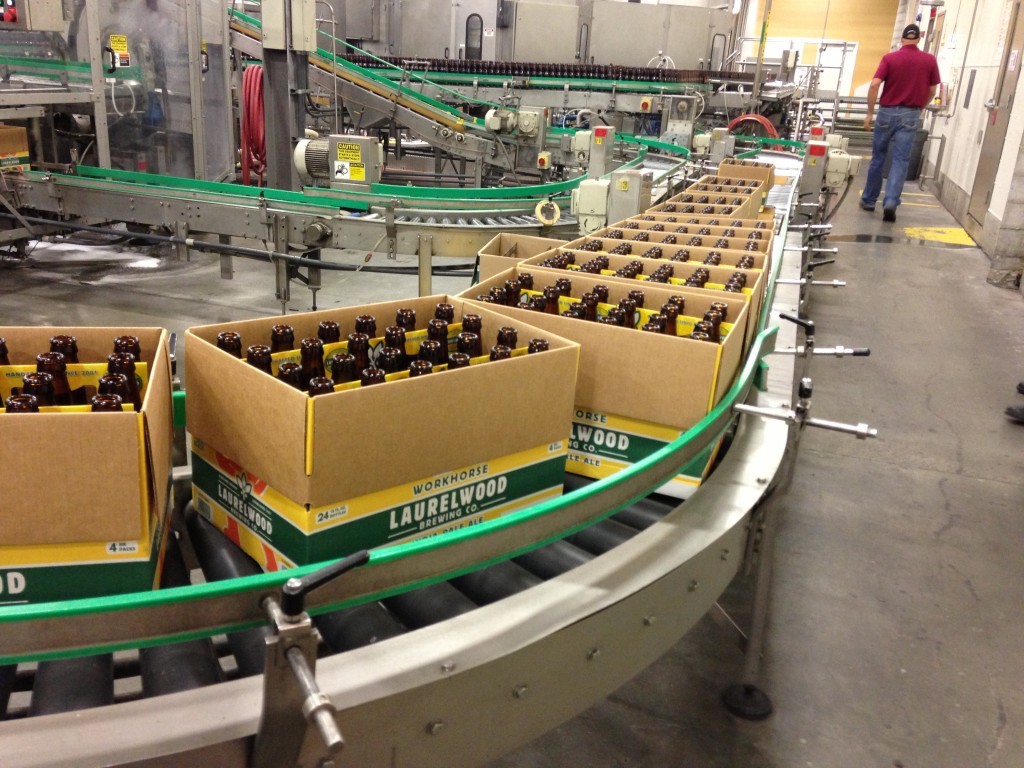 On September 11, 2013, Laurelwood Brewing began filling their first 12 ounce bottles of their popular Workhorse IPA and Free Range Red in Woodinville, WA at Redhook Ale Brewery. Yes, you will now be able to find 6 packs of these two beers beginning next week at your favorite bottleshop, grocery or convenience store. And with a very competitive suggested retail of $8.99 they’re sure to be quite the hit. 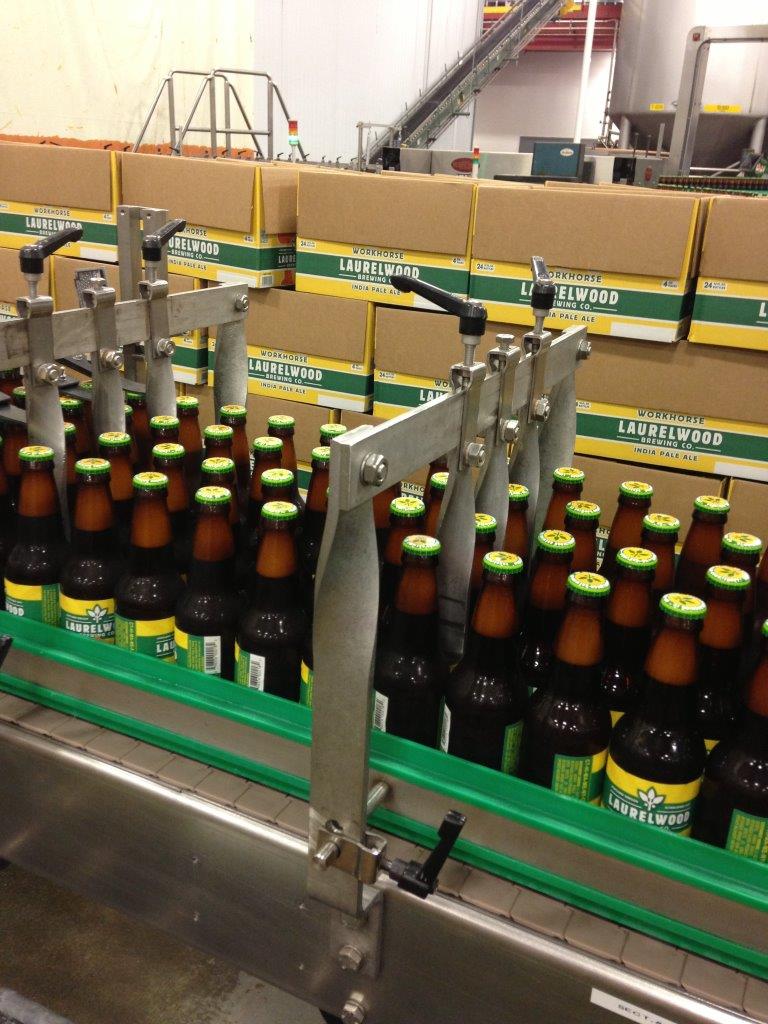 As was earlier reported here at Brewpublic, Laurelwood is contracting with Redhook of the Craft Brew Alliance to produce six packs along with draft of their Workhorse IPA and Free Range Red. No need to worry that CBA is purchasing Laurelwood, this is a pure business decision that will allow Laurelwood to contract up to 15,000 barrels each year of increased production. This venture with CBA will alleviate some of the pressure at their brewpub to keep up with off premise sales growth and for their future expansion plans for Idaho and Alaska. 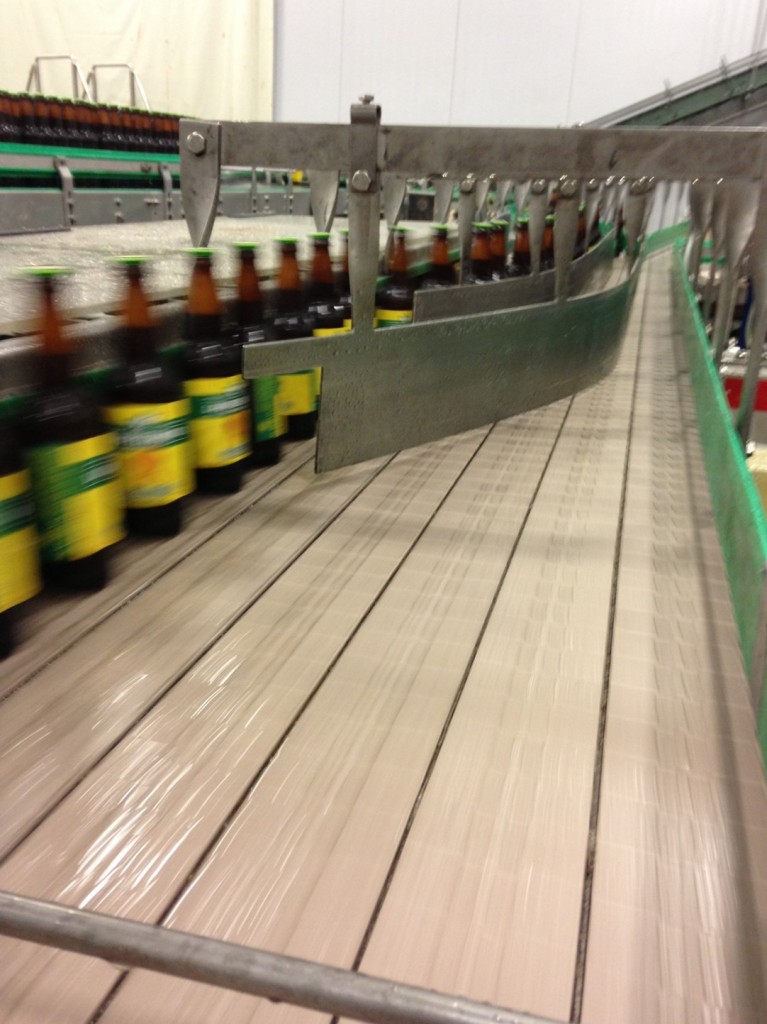 This first run all went straight to 12 ounce bottle 6 packs. Workhorse IPA accounted for 2000 cases and Free Range Red went into 1000 cases of beer. Once fully up and running, CBA will be able to do about 7000 cases per month for Laurelwood. 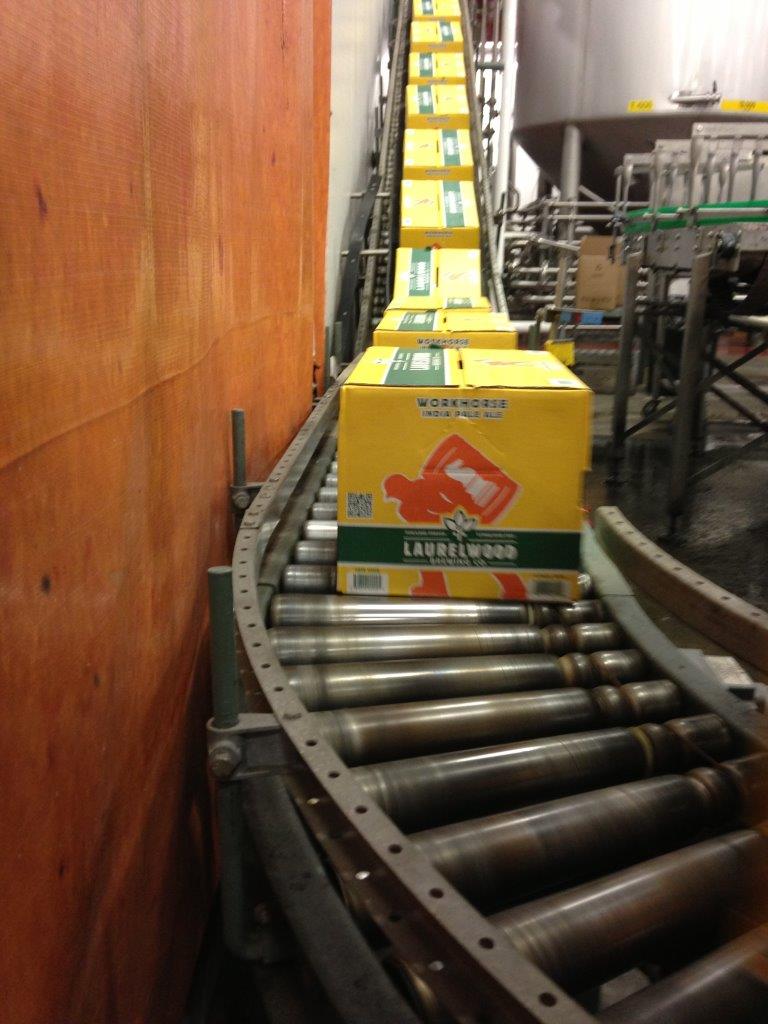 To be able to brew these two beers at Redhook some recipe changes had to be made. The most notable being that 12 ounce bottles of Free Range Red will no longer be Certified Organic. Beyond some changes in ingredients, scaling up their brewpub recipes to meet the larger scale operation at Redhook took some time. Fortunately for Laurelwood, their brewer, Vasili Gletsos, has experience on large production systems from his years at MacTarnahan’s, now Portland Brewing Co. With Vasili’s background he knows what it takes to ramp up a recipe to brew it on a much larger scale. 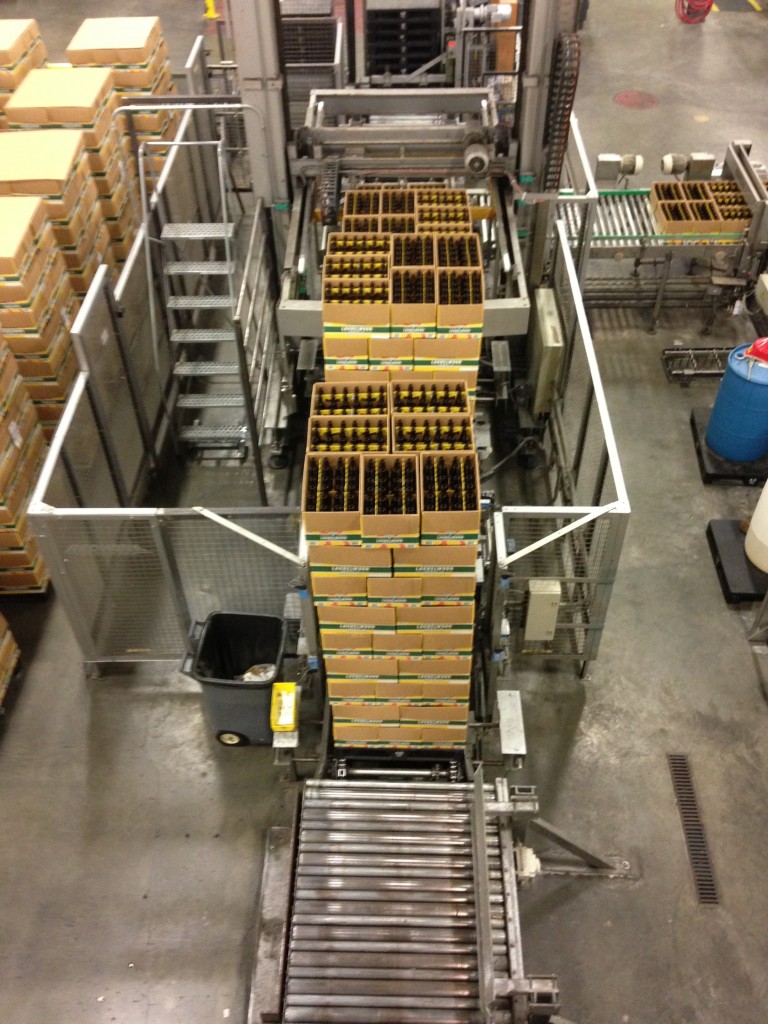 To get this first run of bottles just right, four test batches of each beer were brewed in Woodinville with Vasili to get the recipe to be consistent to what is being produced in Portland at their brewpub. And from what we can tell you from what we tasted, the result turned out quite tasty with their Workhorse IPA. 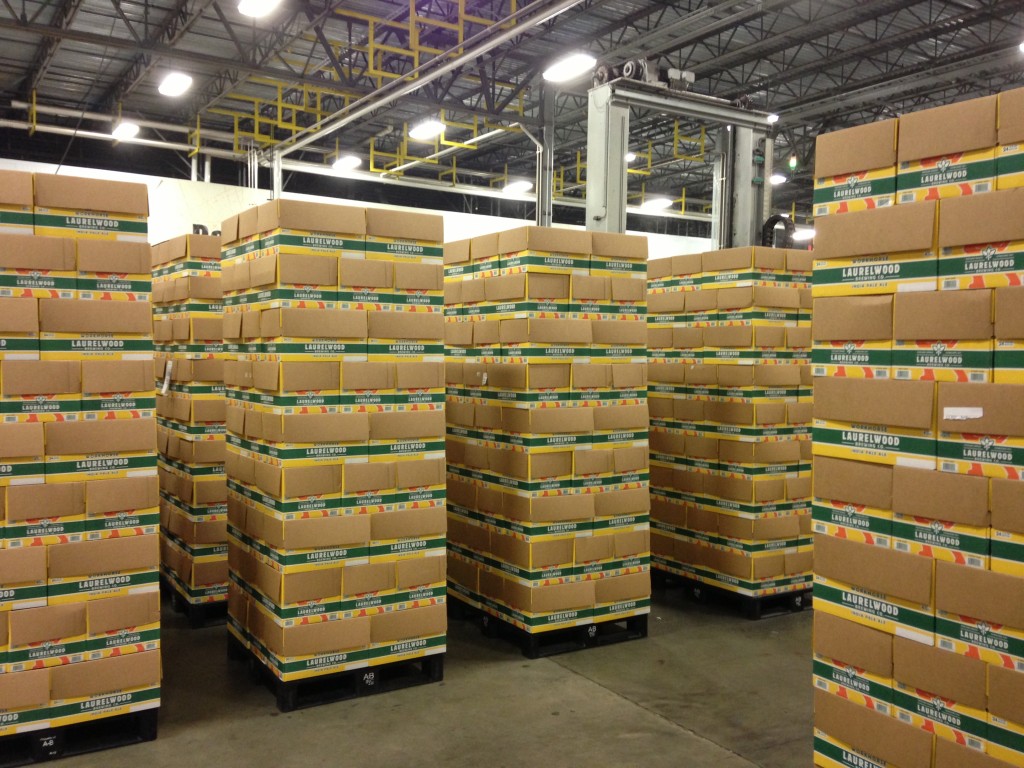 Traveling through the Seattle area yesterday allowed for us to meet up with new Laurelwood NW Brand Manager, Aaron Cohn, to pick up a 6’er of Workhorse IPA fresh off the bottling line. The packaging of the new 12 ounce bottle and six pack holder is very bright and appealing. The label now has a bottling date on it so you can see how fresh the beer is that you are grabbing. 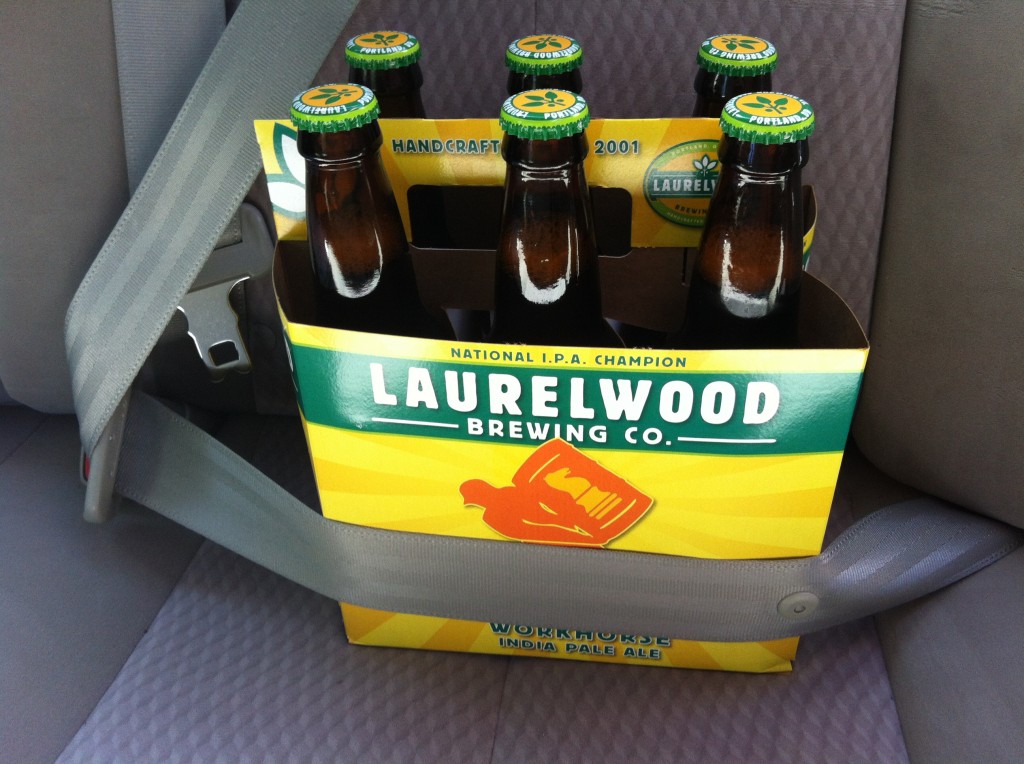 So how is the revamped recipe for Workhorse IPA? Well we can tell you that its quite tasty. Granted we had some very fresh IPA but the floral aroma is very fragrant and hops are citrusy delightful. And the clarity of this beer is amazing. 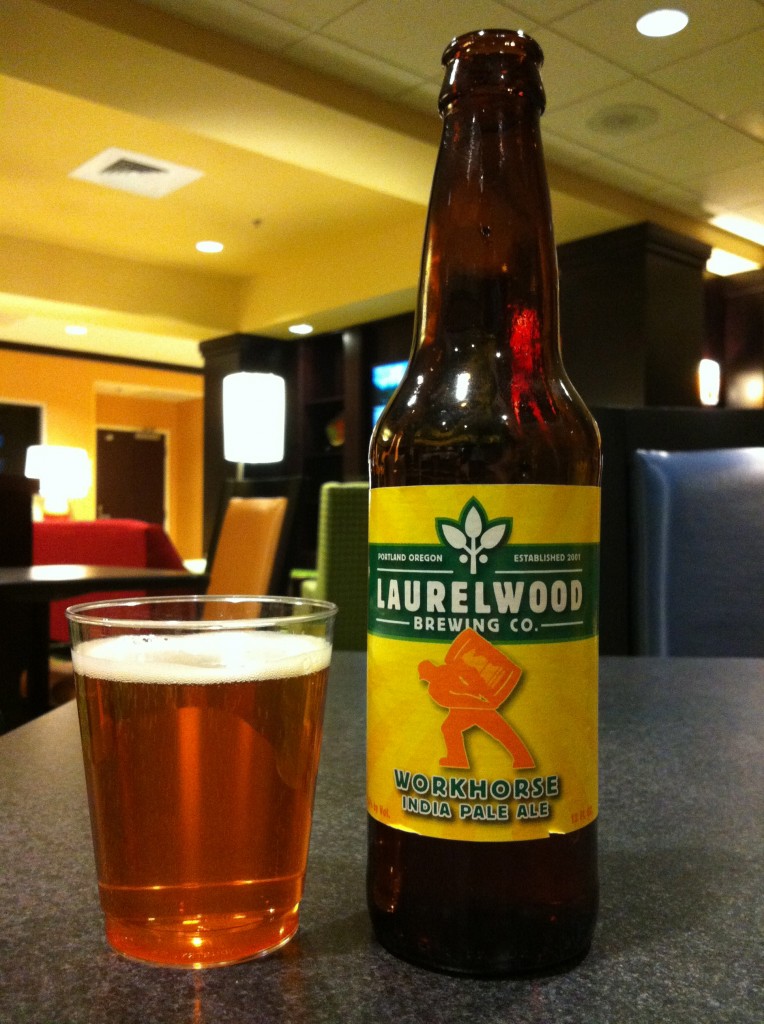 These two 6 packs will be available beginning next week with the official launch event being planned for September 23rd. We look forward to comparing the 12oz to the pub version of Workhorse IPA along with the Free Range Red to its pub counterpart. 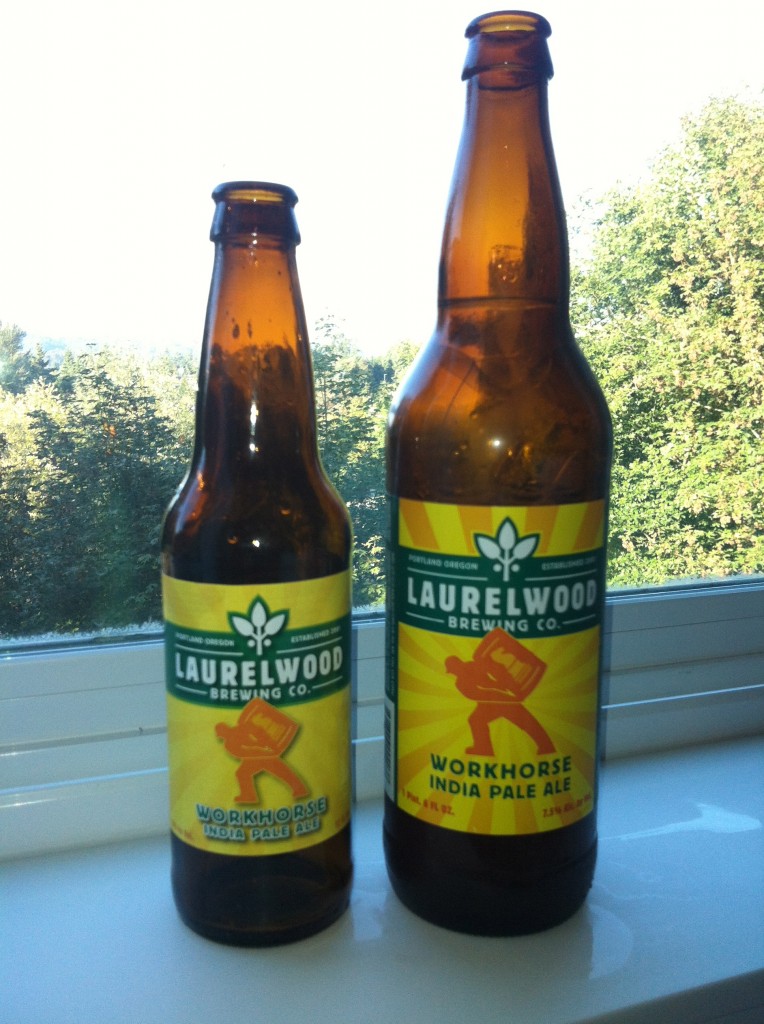