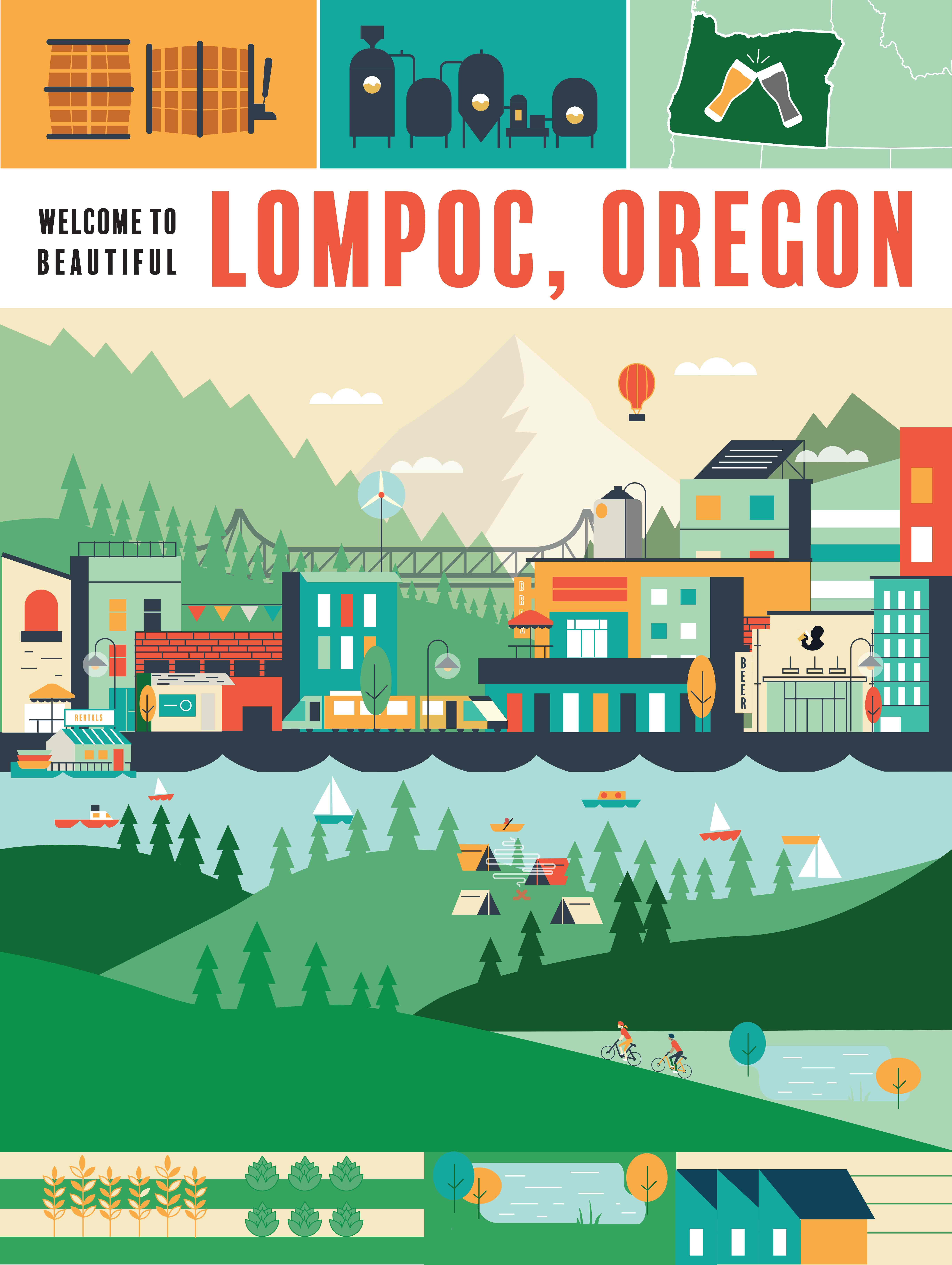 This evening Lompoc Brewing hosted a press conference at Sidebar led by founder Jerry Fechter who announced the 20-year brewery’s new marketing campaign, Welcome to Lompoc, Oregon. The one highlight of this announcement is the brewery’s new Pint Club loyalty program that will reward its frequent customers.

The new campaign includes a cheesy “tourism video” created by Mission Expedition that is said to be created by the Lompoc Oregon Scenic Tourism (LOST) Division that dates back to 1997.

“We constantly get asked why we’re named after a city in California, and why we pronounce it lom-pock when it should be lom-poke,” explained Lompoc owner Jerry Fechter in a statement. “This campaign brings the focus to our brand and emphasizes the idea that Lompoc, Oregon is a state of mind; you won’t find it on any map, but if you’re here, then you’re already there. Lompoc, Oregon is a gathering place for neighbors and locals to relax over a few pints, enjoy delicious food, socialize and make new friends.”

The highlight of this new marketing campaign includes the previously mentioned Pint Club that will reward Lompoc drinkers with a new punch card that receives one punch for every pint ordered. After 50 punches the completed card is redeemable for rewards, and raise the cardholder to the next level. The status levels reflect the people who make up Lompoc, Oregon: Local, Townie, Proletariat, Diplomat and Royalty.