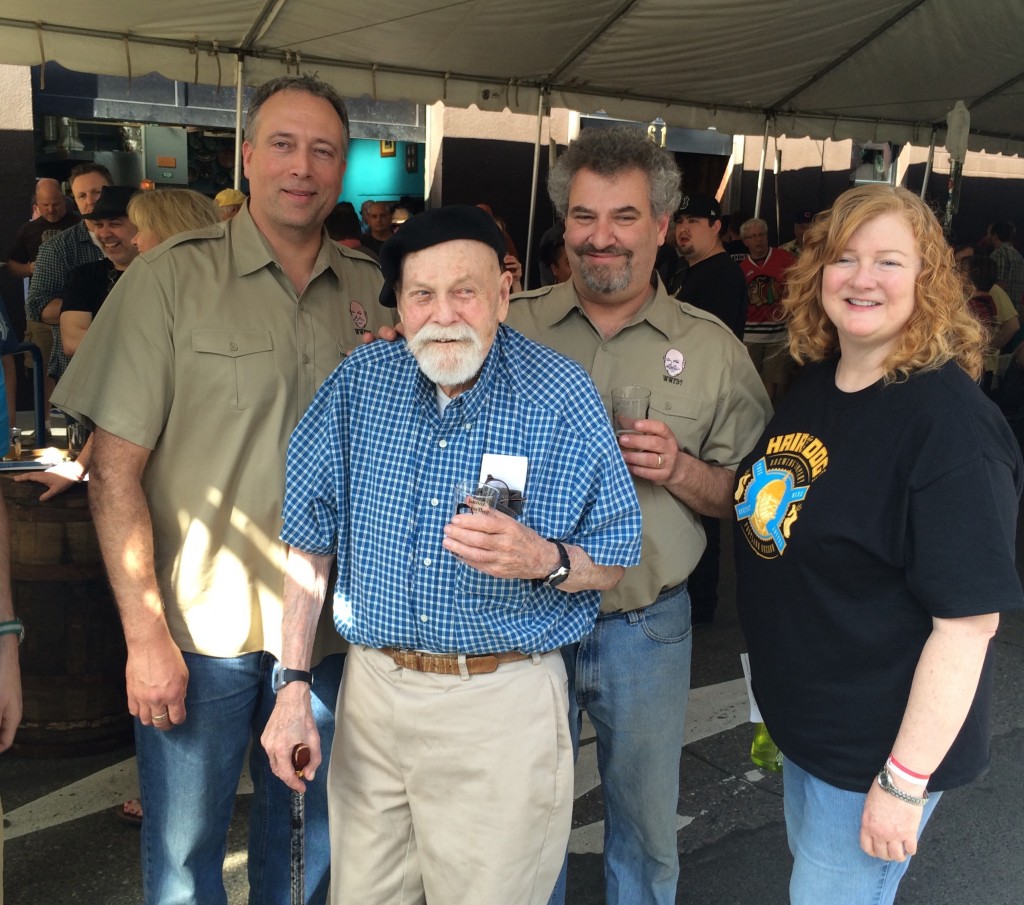 Yesterday many in Portland’s beer community celebrated one of our local treasures in craft beer, Fred Eckhardt. The 10th Annual FredFest took place once again at Hair of the Dog Brewery to celebrate Eckhardt’s upcoming 89th birthday.

The origins of Fred Fest began 10 years ago when Alan Sprints, Lisa Morrison and Preston Weesner decided it was time to honor the “Dean of American Beer Writers” Fred Eckhardt. He is recognized as one of the earliest writers on what is currently known as craft beer was writing about homebrewing years before it was even legal to do so. 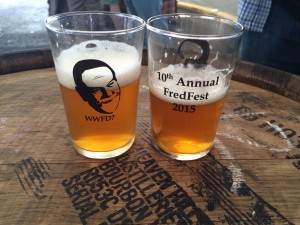 In 1972 Eckhardt and Jack McCallum wrote A Treatise on Lager Beers – A handbook for Americans and Canadians on lager beer. Then in 1989 he penned The Essentials of Beer Style that opened the door to many pioneers in the early craft beer movement. Up until a few years ago Eckhardt continued to write his column in All About Beer magazine.

Now approaching his 89th Birthday on May 10th, Eckhardt was the focal point at yesterday’s 10th Annual FredFest. Patrons paid $65 to attend the event that featured some of the most rare beers within the United States. This admission includes unlimited tastings from over 30 beers alongside an excellent food spread to keep one from going hungry. Best of all, 100% of the proceeds from FredFest went to this year’s charity, Oregon Zoo Foundation.

Prior to Eckhardt’s star studded arrival later on in the afternoon festival goers were treated to a fabulous selection of beer. Some of the highlights included sampling Hill Farmstead’s Anna & Arthur along with its other label Grassroots’ Convival Saurez, a pleasant hibiscus saison.

3 Floyds from Munster, Indiana also featured two beers at FredFest. One could not go wrong with Topless Wytch Porter and Zombie Dust Pale Ale. Then one intriguing blend we had one of our beer tenders pour us was a mixture of 10 Barrel Brewing’s Peanut Butter Imperial Porter and its Russian Imperial Stout with Raspberry Sour. This blend was as close to a peanut butter and jelly sandwich as a beer can be.

It was also great to see brewing legends Will and Mari Kemper in attendance. And it was even more appreciative of them bringing their Chuckanut Brewery Kolsch and Dunkel. The Kolsch was a great palate cleanser from diving into so many big beers.

When Eckhardt finally made his appearance at 3:30pm the attendees flocked to the front entrance to greet our local legend. He was greeted with lots of well wishes and photos.

Once inside Hair of the Dog, Eckhardt took his seat as we all sang him Happy Birthday. But the biggest surprise came when local beer writer and artist, John Foyston, presented his latest painting, a portrait of Eckhardt himself. This portrait is currently on display inside Hair of the Dog’s tasting room. What a great way to honor Eckhardt.

We are looking forward to next year’s FredFest to celebrate Eckhardt’s 90th birthday. This is definitely a highlight of Portland’s craft beer scene. Until then, Happy Birthday Fred!