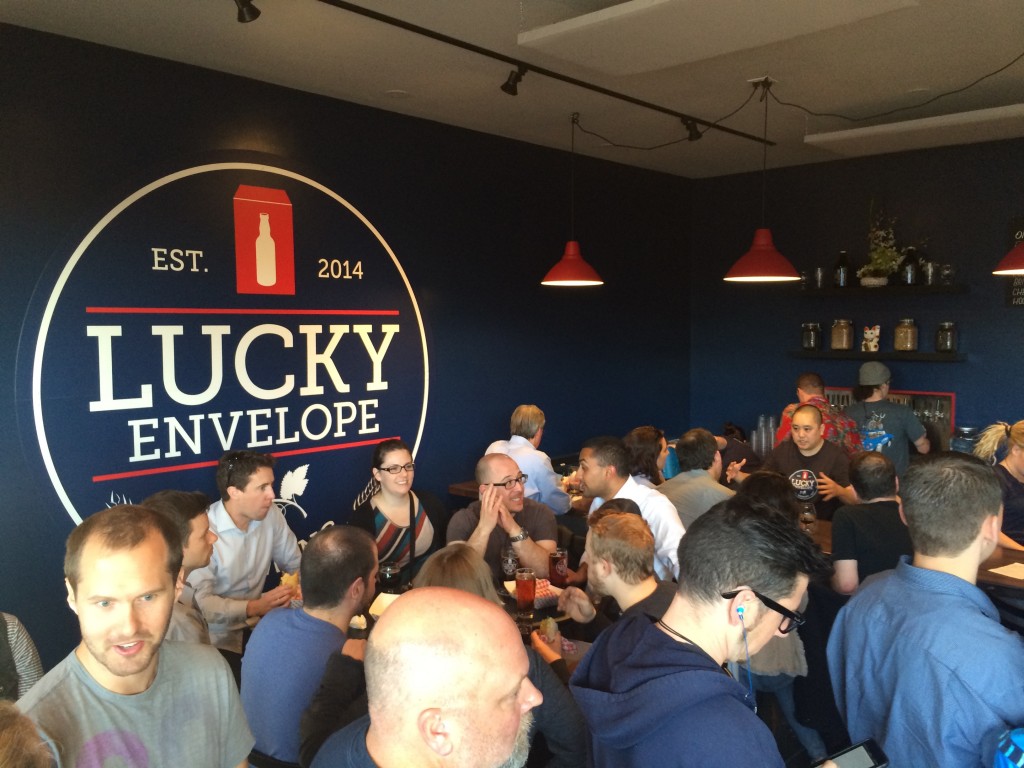 Seattle’s latest brewery opened this past week just in time for the 7th Annual Seattle Beer Week. Joining the ever-growing beer scene in the Ballard neighborhood of Seattle, Lucky Envelope Brewing opened its doors to a standing room crowd on Thursday, May 7th.

Lucky Envelope Brewing’s co-founders, Barry Chan and Raymond Kwan, established the name of the brewery on March 26th, 2014. However the two had been making initial plans for the brewery during the prior year. Now with a business plan fully in hand the two dove completely into the process of opening their new brewery. 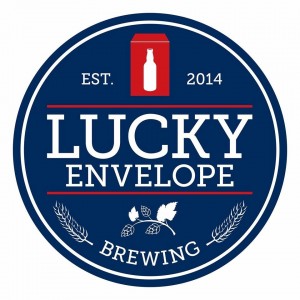 The name Lucky Envelope comes from the founder’s Chinese heritage. During the holidays members of the older generation would give the younger generation a red envelope that was filled with money. The color red is said to keep bad spirits at bay and bring good luck to the recipients.

Chan will take on the duties of Brewmaster on the brewery’s new 15 BBL brew system. He began dabbling in home brewing back in 2008 and felt it was the correct time to take the next leap to become a professional brewer.  Seven years later this dream became a reality and during this time he became a Certified BJCP judge and award-winning home brewer,

Kwan is taking the Director of Operations position. Prior to starting the brewery he has a background in finance at NBC Universal and Warner Bros. while in Hollywood. When he moved to Seattle he continued in finance at the Bill & Melinda Gates Foundation as a member of their Finance & Strategy team.

“Barry and I had been discussing opening some type of beer-related business since I moved to Seattle, but it wasn’t until the Summer of 2013 that our idea took the turn from being an idea on a napkin to becoming a reality” states Kwan.

Lucky Envelope will offer a 1,000 square-foot Tasting Room that will be open Thursday through Sunday. Beyond its draft offerings, the Tasting Room will also feature local artwork and food trucks. The first featured local artist is Perri Howard that is displaying three different pieces on the brewery’s Art Wall.

For its grand opening Lucky Envelope offered a solid assortment of beers on tap, including six house brewed beers and one soda made in house. During our visit the brewery’s Seattle Helles and its IPA delighted us. The Helles was a strong resemblance to the style and is quite impressive right out of the gate for a lager.

During our visit the brewery’s Seattle Helles and its IPA delighted us. The Helles was a strong resemblance to the style, quite impressive right out of the gate with a lager.

Here’s a description of its beers: