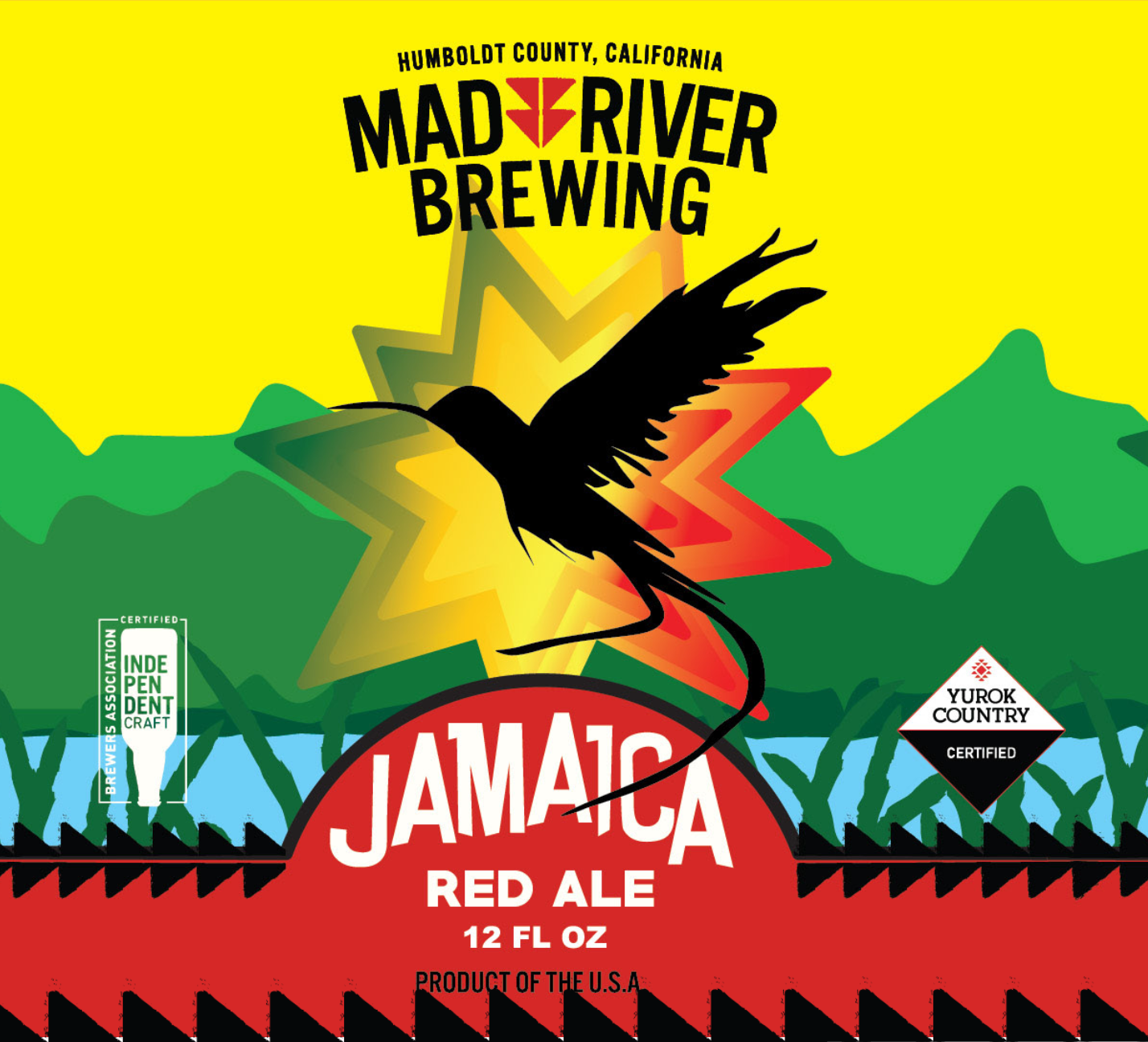 Mad River Brewing Company refreshes its artwork with a new eye-catching label for its award-winning Jamaica Red Ale. This newly refreshed label comes on the heals of the brewery’s refreshed logo that took place earlier this year.

“The new label places the classic, Great American Beer Festival medal winner into a package that expresses the brightness of this full-bodied ale,” said MRB’s Chief Operating Officer Linda Cooley, in a press release. “The radiant artwork on the label recognizes both the Yurok Tribe’s ownership of Mad River Brewing Company and the brewery’s reputation for producing best-quality, hand-crafted beers. I am so proud to be part of the team that is taking this incredible company to the next level.”

Jamaica Red Ale offers a spicy aromatic hop character, combined with its caramel richness, set it apart from all other amber-colored beers. The elaborate flavor profile earned the beer a Silver Medal at the 2011 Great American Beer Festival.

Produced by digital artist, Jessica Carenco, the deeply symbolic, Jamaica Red Ale label features a hummingbird silhouette flanked by brilliant red, gold and green hues. Befitting of this bright, yet balanced beer, the boldly colored illustration also boasts a sturgeon-back design beneath the hovering bird. Yurok sturgeon-back pattern has been used since the beginning of time.

“Working with Jessica has been a gift. She is an incredible artist who has deep affinity for the Yurok people. She has created a label that brings to life the love we all have for this beer,” said MRB COO Cooley, a Yurok citizen. “Her immense artistic abilities are an invaluable asset to this company.”

The Yurok Tribe purchased the Mad River Brewing Company last fall. In early May of this year, the Company introduced a new logo for the business, highlighting its long legacy as a leader in the craft beer market while distinguishing it as a tribally owned enterprise. The Company operates a state-of-the-art brewery and the Mad River Brewing Tap Room in Blue Lake, CA. In late May, the Tap Room, a family friendly restaurant, hired its first-ever Executive Chef. Trevor Eliason, born and raised in Humboldt County, spent more than 15 years as an Executive Chef at some of the most prominent wineries in Sonoma County, before returning home to employ his exceptional cooking skills for the benefit of his community. Executive Chef Eliason recently revamped the entire Tap Room menu, which now includes artfully assembled, mouth-watering meals that pair perfectly with the brewery’s broad selection of hand-crafted ales.

In addition to the launch of the new label, the Mad River Brewing Company is pleased to announce the Jamaica Red Ale is the first product to receive a Yurok Country certification. Yurok Country is a Yurok Tribe-owned brand that seeks to showcase the good work of forward-looking, local companies. In order to obtain the Yurok Country seal of approval, products must meet the Yurok Tribe’s high standards for environmental and social responsibility.

“These actions are part of a long-term plan to strategically expand the Mad River Brewing Company. The MRB family is growing every day and we are extremely excited about what the future holds for this great company,” concluded COO Cooley.