Earlier this week we learned that Mt. Tabor Brewing hired Rodney Stryker as its new Head Brewer. Rodney, now in his fourth day, replaces the recently departed Ben Dobler and comes with some solid experience from his years at Heathen Brewing in Vancouver, Washington.

Mt. Tabor Brewing gained some positive press coverage earlier this year when the brewery announced that it hired Ben Dobler from Widmer Brothers Brewing. Ben and Eric Surface, owner/founder of Mt. Tabor Brewing, knew one another from their days at high school together. However this employment relationship did not last very long as Ben abruptly left the brewery in mid-October. We inquired about the reason for Ben’s departure but Eric chose to only mention that he has a ton of professional respect for him. 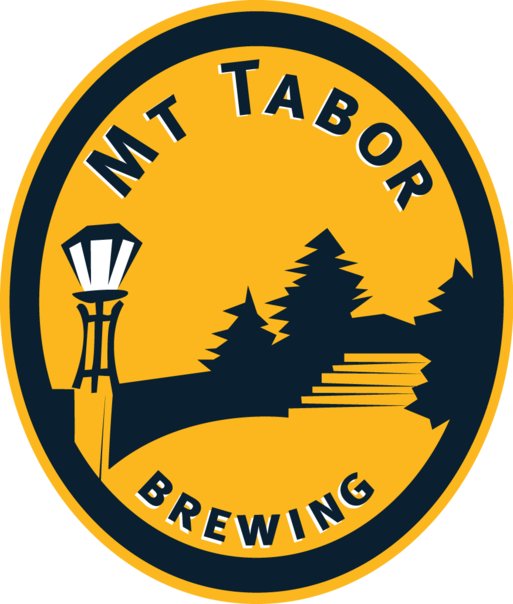 How did you connect with Rodney Stryker to become your new Head Brewer?

Eric Surface: Rodney reached out to us inquiring about the position after it was made public that our previous head brewer had decided to go a different direction. I’ve known Rodney since he started at Heathen and while I was a bit surprised about his interest in the position I was very excited about the chance to add him to the MTBC team.

How do you feel that Rodney will fit in at Mt. Tabor Brewing?

Eric: He’ll fit in great with the rest of the team over here. Rodney brings loads of knowledge and small brewery experience to the MTBC team. We have some big (for MTBC at least) growth projects for 2017 and Rodney has already been through some of those projects in his previous job at Heathen. We have the Pub coming on line very soon and he’s had plenty of experience with brewing for Pub consumption as well as lots of off-premise experience which we will be tackling in very early 2017 out of the PDX Production location. We’ll look to him to add some of his knowledge and ideas to the process based on what he’s learned along the way.

What made you decide to leave Heathen Brewing for Mt. Tabor Brewing?

Rodney Stryker: It wasn’t an easy decision at all, but I think in the last year I’ve lost focus of why I got into this business to begin with – the craft. My day-to-day drive was lost and I wanted to get back to brewing and I feel like the team at Mt. Tabor is on the same page with that. I’m about to be a father and I ultimately wanted more time to spend with my family while continuing to grow in the craft beer industry.

What do you expect Rodney to bring to the brewhouse?

Eric: While we all like more of the standard “Retro-Craft” style beers Rodney enjoys stepping outside of the box as it comes to beer styles when the creative opportunity presents itself.  It’ll be fun to see what he chooses to add to the draft menu as the chance to brew one offs and seasonal releases come up. He’s got great ideas on increasing efficiency in the brewhouse as well as streamlining the process so we look forward to implementing them over time.

Now you’re at Mt. Tabor Brewing, what are your goals for the beers that you’ll be brewing?

Rodney: I’m still getting my feet wet (literally) and learning the core beers that make up the Mt. Tabor brand, but I have some fun ideas. I’m a huge fan of the dubbed “retro-craft” that Mt. Tabor has become known for and I’m excited to dive head first into that.

Will you be tweaking any existing recipes?

Rodney: To begin with, no. That being said, I think every Head Brewer has their input on some already established brands when taking over the reigns of an existing brewery. I have some ideas for some of the core brands, but I’ll ultimately be listening to our customer’s feedback and what the market has to say.

Any new beers you are looking forward to brewing?

Rodney: I enjoy brewing all sorts of styles (or not to style), and am excited to show the Mt. Tabor fan base the diversity in styles I love to brew.  I really dig the lagers Mt. Tabor has produced and look forward to continuing that on, but have some other plans for more off the grid beers. I’d like to start a very small and limited barrel aged program, and maybe some seasonal bug beers. We’ve got some fun collaborations in the works to keep an eye out for as well.

What’s the status on your upcoming Mt. Tabor Brewing re-launch in Vancouver?

Eric: The pub space is coming along quickly finally.  We will be located at 3600 NW 119th St in Vancouver and look to be open sometime just after the first of the year. We are down to the finish work etc now as well as creating a nice family feel to the restaurant space.

What are the current hours of your SE Portland tasting room?

Eric: Currently we are open Thursday 3-8ish and Friday 3-9ish.  We look to add Saturday’s this spring as things settle down with all the projects we are trying to finish up. We do music almost every other Friday evening ranging from Americana to Rock and the space is a great spot for private events, which seem to be filling up our Saturdays lately.

Mt. Tabor is part of the upcoming #PDXNOW Presents Base Camp’s Collabofest that will take place on January 28, 2017. What should we expect from Mt. Tabor?

Eric: We are partnered up with Ecliptic this year and just spent some time with them nailing down the beers we want to make. Look for a fun twist on a NW favorite style of beer. Stay Tuned to the media releases from the events promoters…