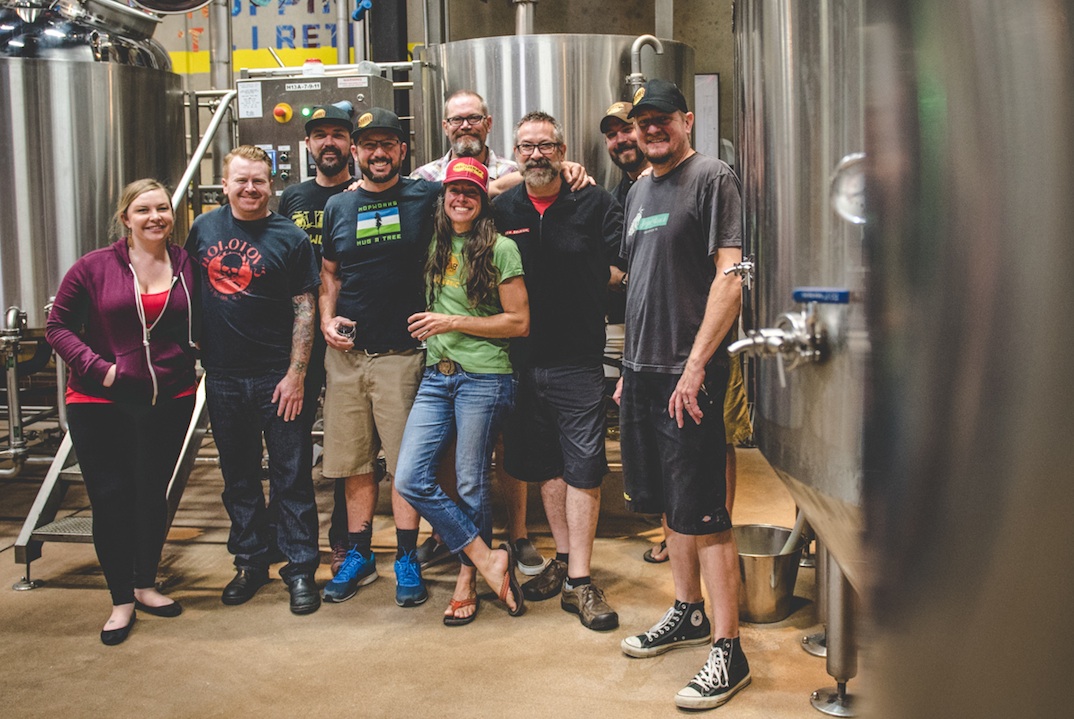 Ft. Collins, Colo., June 4, 2015 – New Belgium Brewing has teamed up with Portland-based Hopworks Urban Brewery (HUB) for its Beers with Vrienden release, a collaborative endeavor with friends and brewers around the country. The first part of this journey starts at New Belgium today, June 4, with the initial collaborative brew, followed by a release celebration and reciprocal brew at HUB during the Oregon Brewer’s Festival in July.

This creation brings together kindred brewing spirits, as both breweries share a love for sustainability and bike culture and both are certified B-corporations. 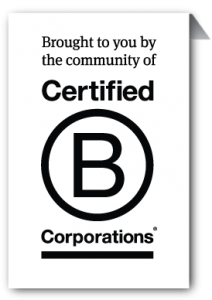 “There are only a handful of us in the brewing business that can call ourselves B Corps, so we were thrilled when our friends at HUB joined us,” said Lauren Salazar, New Belgium’s Specialty Brand Manager & Wood Cellar Blender. “They have a long history of organic, imaginative brewing and are a company that believes business can be a force for good, while making world class beers. We’ve been friends for a while and look forward to enjoying the results of this collaboration.”

Christian Ettinger, HUB’s Founder, is in Fort Collins, Colo. with Tom Bleigh, HUB’s Brewing Director, to brew with the New Belgium team. After a dynamic discussion about what to brew, both parties agreed they wanted a huge IPA. A mutual love of peaches made a fruit addition easy, and the idea for B-Side Organic Peach IPA came to life. In line with HUB’s traditional brewing practices, all ingredients will be organic and the beer will be USDA certified Organic. It will flow with notes of citrus and stone fruit from Amarillo hops, along with delicate peach tones and a bitter bite.

“This beer will be packed with enough love and experience to steer the flavor in a delicious direction. I think others will appreciate it for sure,” said Ettinger. “What’s great about collaborations is they are like taking a brewery tour through someone’s mind. Two thirds looks familiar and the third part is entirely freaky and inspirational.”

B-Side is named after both breweries mutual love of bikes and beer and their pride in having certified B-Corp status. B-Side Organic Peach India Pale Ale will celebrate its debut release at the Oregon Brewer’s Festival, July 22 – 26, 2015. It will come in at 6% ABV and 55 IBUs. The Portland reciprocal brew is being envisioned as a dry-hopped peach sour ale, since both breweries also share a love for sours.

To learn more about New Belgium Brewing, check out NewBelgium.com and for more info on Hopworks Urban Brewing, visit HopWorksBeer.com. Additional details on the Portland release parties will be announced as the dates get closer.

About Hopworks Urban Brewery
Founded in 2007, Hopworks Urban Brewery is committed to brewing world-class beer as sustainably as possible using organic malts and hops sourced primarily from the Northwest. The company’s 20-barrel brewery produces 12,500 barrels of beer a year for HUB’s two brewpubs and for distribution. Hopworks, a Certified B Corporation, incorporates a range of sustainable practices in its operation and makes every effort to protect “our” future with a thoughtful alternative. HUB is 100% renewably powered and “cradle to gate” carbon neutral. Visit Hopworks online at www.HopworksBeer.com and follow us on Twitter and Facebook.