COMSTOCK, Mich. (Nov. 10, 2021) –– Today, Bell’s Brewery founder, Larry Bell announced that he has reached an agreement with Lion, an Australian based brewer, for the sale of Bell’s. Lion acquired Colorado’s New Belgium Brewing in 2019. The move will see the Michigan-based craft brewer come together with New Belgium – aligning two great American craft brewers.

Larry Bell, who founded Bell’s in 1985 and brewed its first beers in a 15-gallon soup kettle, shared the news – and announced his own retirement from the company he turned into a household name – at the company’s annual all-employee event.

“I’m so proud of what we’ve been able to accomplish together,” Bell said. “From our wonderful fans, to the amazing team that has helped share our beer with the world, to the ways we’ve been able to invest in causes we believe in – this has been an absolutely incredible journey.”

“This decision ultimately came down to two determining factors,” Bell said. “First, the folks at New Belgium share our ironclad commitment to the craft of brewing and the community-first way we’ve built our business. Second, this was the right time. I’ve been doing this for more than 36 years and recently battled some serious health issues. I want everyone who loves this company like I do to know we have found a partner that truly values our incredible beer, our culture, and the importance of our roots here in Michigan.”

The combination of Bell’s and New Belgium places the expanded company at the top of the U.S. craft beer market in sales volume and growth, with an extraordinary lineup of brands including the #1 IPA brand in the U.S., Voodoo Ranger, along with Fat Tire, Two Hearted Ale, and Oberon Ale.

Bell’s decision to join New Belgium was based on the company’s commitment to the future stewardship of Bell’s iconic beer brands, its dedication to the ongoing successful operations of Bell’s in Comstock, Mich., and Upper Hand in Escanaba, Michigan, and excitement around the opportunity to grow corporate social responsibility initiatives.

By aligning with New Belgium, Bell’s will expand on its own commitments to coworkers, communities, and customers by adopting many hallmark, human-powered business practices – including seeking B Corporation certification, 100% carbon neutrality by 2030, $1 per barrel philanthropy, and 100% score on the Human Rights Campaign Corporate Equality Index. Bell’s fans can expect the same meaningful involvement with the Michigan community, driven by events like Oberon Day and supporting Kalamazoo Pride, which have been core to the company’s vision and values from the beginning.

“In Bell’s, we see a likeminded group of people dedicated to making the world’s best beer – doing business in a way that improves the wellbeing of the people who power our success,” said New Belgium CEO Steve Fechheimer, a Michigan native and longtime Bell’s drinker. “We couldn’t be happier to welcome the entire Bell’s team. Joining together will immediately strengthen our ability to serve and expand the craft community, deliver more value for our partners, and continue to redefine how business is done in a world facing historic economic, social, and environmental challenges. Personally, I can’t wait to celebrate Oberon Day in 2022!”

Over its 30 years in business, New Belgium has pioneered a unique ‘human-powered’ business model grounded in the idea that building the most successful and resilient business requires prioritizing the prosperity of coworkers, communities, and customers across the company’s operations. This novel approach has been the foundation for New Belgium’s industry-leading growth and standout ability to reach younger, more diverse beer drinkers. That model will now grow to include Bell’s approximately 550 employees, 500,000-barrel brewery in Comstock, Mich., and beloved brands like Two Hearted, voted the best beer in America multiple times.

After the sale closes in the coming months, beer drinkers should expect no changes to Bell’s current beers, which are distributed across 43 states, the District of Columbia and Puerto Rico. Bell’s Executive Vice President Carrie Yunker, who maintains an 18-year tenure with Bell’s, will continue to lead day-to-day operations for the brand, reporting to Fechheimer and joining the combined company’s leadership team. VP of Operations John Mallett, who has been with Bell’s for over 20 years, will join the leadership team to focus on integrating the two brewing organizations. Bell’s coworkers will keep working primarily out of Kalamazoo, with their breweries operating as usual.

“As a shareholder and board member, I am excited to support the sale of Bell’s to Lion and to join forces with New Belgium. Our job as owners is to ensure the best future for Bell’s and I believe this step is an important and critical part of our journey to continue the Bell’s legacy long into the future,” said Laura Bell, daughter of Larry Bell.

“We are thrilled to be taking this next step in the United States, bringing these two great names in craft brewing together,” said Matt Tapper, Managing Director of Lion’s global craft beverages business. “We look forward to continuing to support both Bell’s and New Belgium in this next phase of growth.” 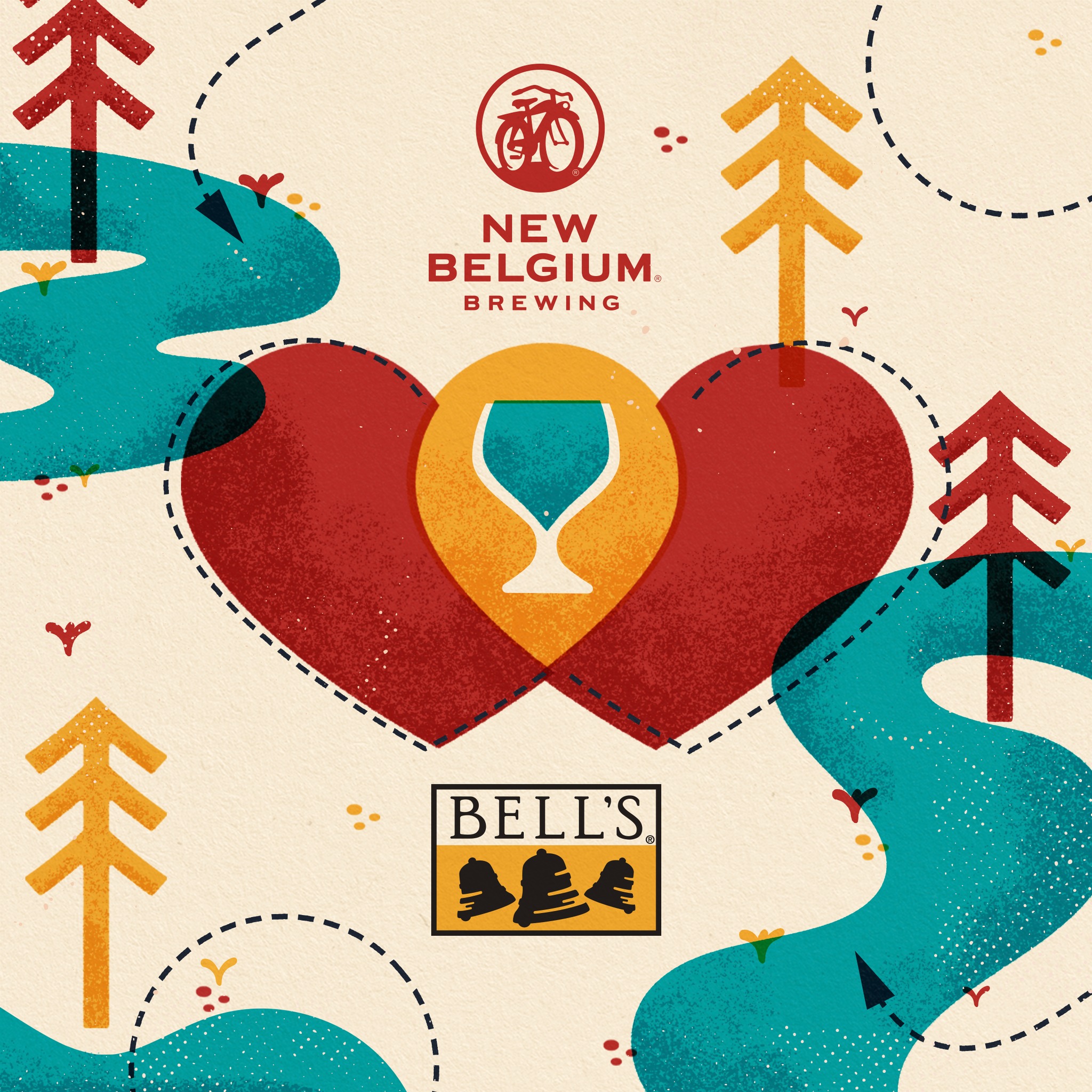 About Bell’s Brewing
Bell’s Brewery, Inc. began in 1985 in Kalamazoo, Michigan, with Larry Bell, a quest for better beer and a 15-gallon soup kettle. Since then, Bell’s has grown into one of the largest craft breweries in America, distributing to 43 states, in addition to Puerto Rico and Washington DC. The dedication to brewing flavorful, unfiltered, quality craft beers that started when Larry was a homebrewer continues today with iconic brands such as Oberon Ale and Two Hearted Ale, as well as Light Hearted Ale and Official Hazy IPA. Bell’s currently brews more than 20 beers for distribution out of its Comstock brewery as well as many small-batch beers that are served at the Eccentric Cafe in Kalamazoo. Over the years, Bell’s has become an industry leader in safety, quality and human resources, and has paved the way for the hundreds of craft breweries across Michigan. Bell’s ongoing goal is to brew thoughtful, creative, and artistic ales, and strives to make craft beer welcoming and open to all. For more information, please visit BellsBeer.com.

About New Belgium Brewing
New Belgium was founded in 1991 in Fort Collins, Colorado, by Kim Jordan, a social worker, who built her company the only way a social worker would: People first. Early on, New Belgium established norms that were and still are rare in the business world: fully paid healthcare premiums for coworkers, paying a living wage, open-book management, renewable energy sourcing, a free onsite medical clinic staffed by a doctor trained in trans medicine, and more – practices that, all together, represent a unique ‘human-powered’ business model that continues to evolve. New Belgium expanded to Asheville, N.C., in 2016; Denver, Colo., in 2018, and San Francisco in 2020. The company is famous for its flagship beer, Fat Tire Amber Ale, along with year-round favorites like Voodoo Ranger IPA, Dominga Mimosa Sour, and La Folie Sour Brown Ale; as well as an award-winning wood-aged sour program and innovative limited release beers. To learn more about New Belgium, visit NewBelgium.com.