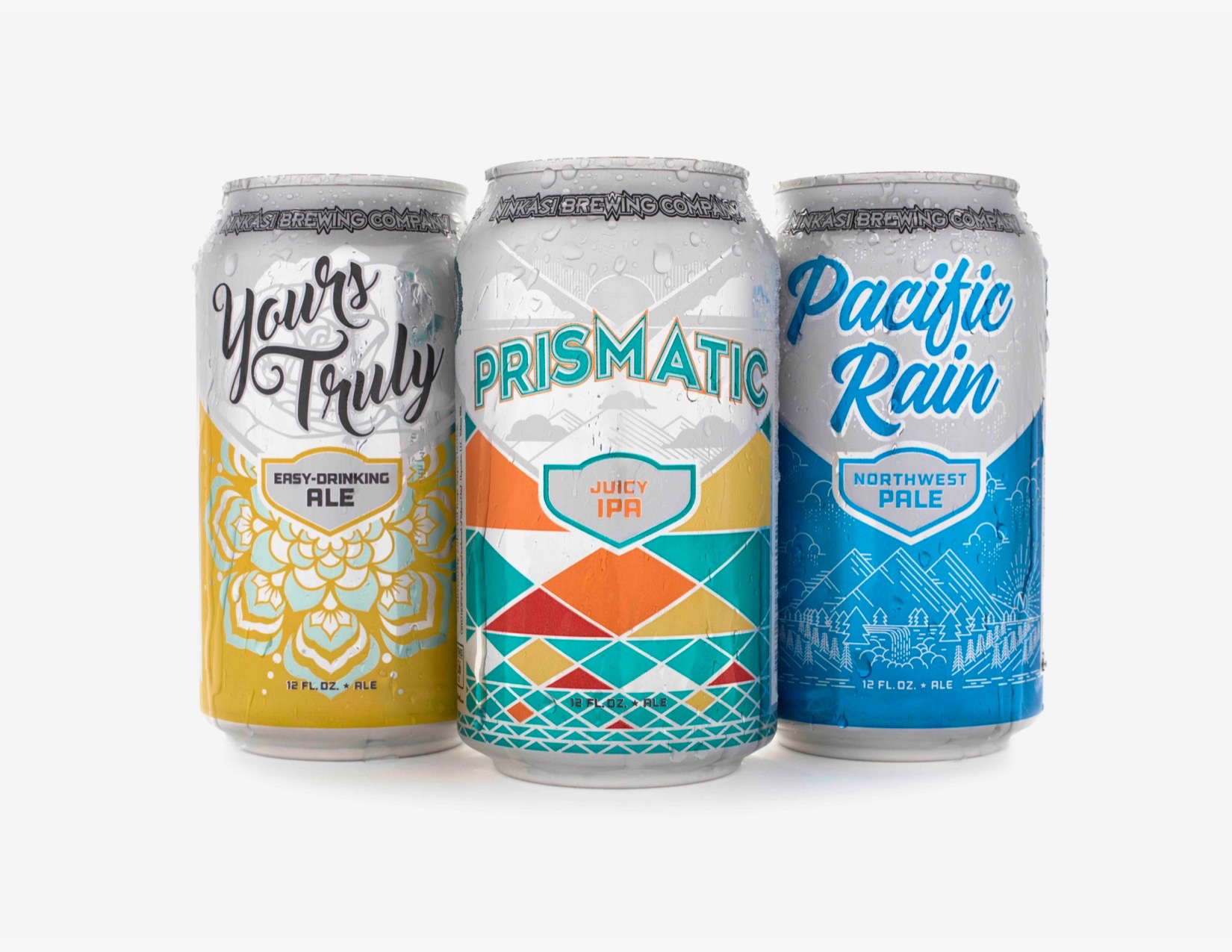 When we enter the New Year, Ninkasi Brewing will release two new beers and the launch of its first 12-ounce cans. The two new offerings of Prismatic Juicy IPA and Yours Truly Easy-Drinking Ale will join Pacific Rain Northwest Pale as the first beers to be canned by Ninkasi Brewing.

Having been known for its hoppy offerings since its inception in 2006, Ninkasi Brewing features beers that offer lower alcohol and IBUs as its first offerings in cans.

“These beers were developed and brewed with the same quality that fans of craft beer have come to expect from Ninkasi, and the result is a series of fresh and flavorful new offerings conveniently packaged in cans,” says Cheryl Collins, Ninkasi CEO in a statement. “As trends, tastes, and preferences evolve, and as new craft beer drinkers enter the market, Ninkasi is committed to evolving alongside them.”

Here are descriptions on all three offerings provided by Ninkasi Brewing.

Pacific Rain Northwest Pale – 5.4% ABV, 50 IBU
First released in February 2017, Pacific Rain Northwest Pale quickly grew in popularity as Ninkasi’s newest year-round beer. Refreshingly crisp, Pacific Rain celebrates all the Northwest has to offer including stellar water from Oregon’s McKenzie River. Brewed with a band of four distinguished hops, this beer is citrusy and tropical with a satisfying finish. Pacific Rain is tailor-made to be enjoyed wherever the next adventure may lead.
Description: Fiercely flavorful and refreshingly drinkable, Pacific Rain is your call to experience the Pacific Northwest. Crafted with water from Oregon’s McKenzie River and a band of four distinguished hops, this Northwest Pale is citrusy, crisp and tailor-made for easy drinking.
Tasting Notes: This flavorful Northwest Pale Ale starts with a balanced, malty sweetness that lays the groundwork to profile some of the most alluring hops around. Citra, Mosaic, Simcoe and Nugget hop varieties offer a captivating experience with flavor and aroma notes that are citrusy, tropical, floral, and piney. The residual sweetness rounds out the hop flavor making each sip as smooth and refreshing as the last.
Hops: Citra, Simcoe, Mosaic, Nugget
Malt: 2-Row Pale, Munich, Oats
Packaging: 12oz. 12-pack cans, 12oz. 6-pack bottles, draft
Available: Year-round