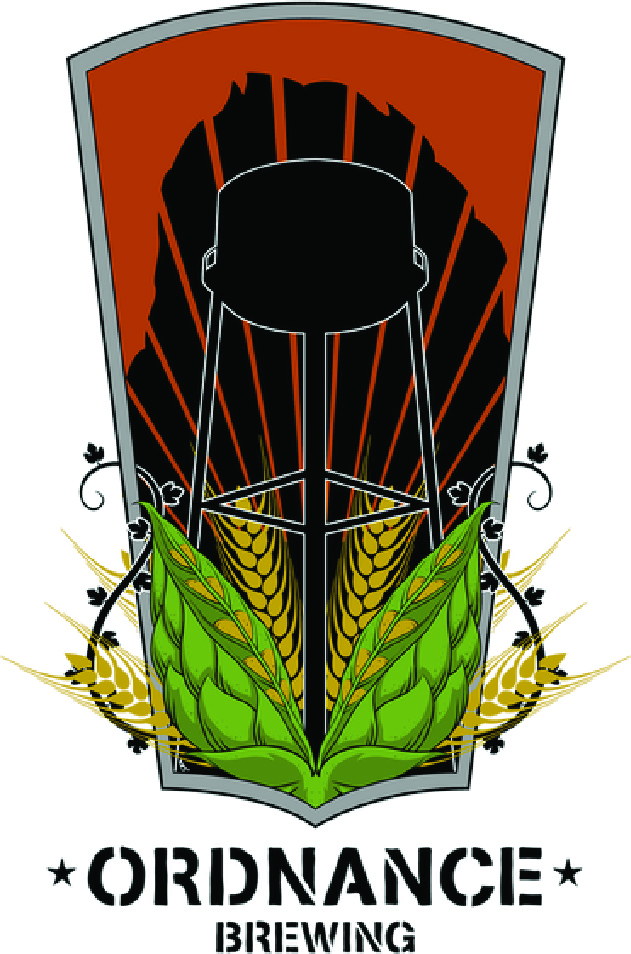 Boardman, Oregon – After a year and a half of self distribution and steady sales growth, Ordnance Brewing has begun expansion of its brewery located just off I-84 in Boardman Oregon. The expansion moves them from a 7 barrel system to a 4 vessel 50 barrel system raising annual production potential to more than 50,000 barrels annually. The increase in production sets the platform for expanding distribution and support of four core beers in six packs as well as a rotating set of limited edition brews in bottles by Spring of 2016.

“We don’t expect to brew at capacity immediately but it is nice to have the room for growth and an enhanced set of tools for our brewer. He’s been doing a stellar job with our current equipment but to strengthen consistency, quality and availability we decided it was time to step up and prepare for continued growth,” noted brewery partner Craig Coleman.

The Ordnance team is finalizing their new packaging program with labels prepped for 22 oz bottles, 12 oz cans and 12 oz bottles. “We believe it is critical to be flexible and ready for what the market wants, so we are taking the time to be as well prepared as we can,” noted Mr. Coleman.

Initial plans are to launch with the very successful FMJ IPA, Kolsch, Pale Ale and an English Strong Ale as the core set of beers. Limited edition brews at launch look to be the popular Double Recoil IPA and Bloops, a blueberry wheat.

“I’m more of a malt forward guy so my IPAs tend to be less intense than current trends. I brew a rich hop style but more balanced, allowing for more than one pint of enjoyment,” noted Head Brewer, Logan Mayfield (pictured above). “The new system will allow me to keep our core beers in check while utilizing our original system for on-going experimentation including a variety of barrel aged concepts we are slowly releasing.”

Ordnance Brewing is an outlier, a brewery out past the far edges of Pacific Northwest population centers, far from the region’s corporate breweries and dense brewer communities – smack dab in the middle of a beer desert.  As such, there are no predetermined expectations, no unspoken rules or formulas to be accountable to. It’s the freedom found in the wide-open spaces of the Columbia Plateau and expansive farmland. In this remoteness, we brew freely, with an innovative spirit, a farmer’s work ethic and the creativity of someone living off the land, making beauty out of little. The owners,  brewer and brewery itself are on the fringe, uninhibited, driven to work together for a common cause, a unified mission: Brew distinct, honest and simply enjoyable beer.

Our namesake is now a ghost town, a collection of decaying offices, a theater and school. A water tower still stands tall above this once bustling community. It was here, generations ago, that people came from all over the country for the common good. Here, everyday citizens did their part to set aside their differences and support a growing war effort in the Pacific and Europe. To these noble people, to our ancestors, we raise our glass and carry forward the name Ordnance now associated with Oregon craft beer.