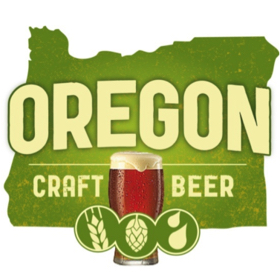 As we know from living here in Oregon is that craft beer reigns king. Our state continues to see growth in its production and sales of craft beer. Today the Oregon Brewers Guild announced that 20% of the beer sold within our state is produced by Oregon craft brewers. This is an amazing milestone and one that would be great to be emulated across the country.

Here’s more details on the breakdown of the numbers from the Oregon Brewers Guild press release:

PORTLAND, Ore. (April 13, 2015) — The Oregon Brewers Guild announced today that Oregonians bought 585,000 barrels of beer produced in Oregon in 2014, a 14.3 percent increase over 2013. Oregon continues to lead the U.S. in the percentage of dollars spent on craft beer.

Oregon’s breweries crafted 1,641,000 barrels of beer during 2014, a 16.9 percent increase from the previous year. Oregon employment figures continue to strengthen, with the state’s brewing companies adding 800 jobs in 2014 and directly employing 7,400 people during Q3, 2014 according to the Oregon Employment Department.

“The numbers don’t lie, Oregon Craft Beer is #1” says Brian Butenschoen, executive director of the Oregon Brewers Guild. “20% of the beer sold in Oregon is craft beer made in Oregon.  We were the first state to reach this milestone goal.  We also added 800 new jobs in Oregon a 12% increase over the same quarter in the previous year. ”

In addition to strengthening the local economy, Oregon’s 179 brewing companies donated to their communities in 2014, equaling $2,450,000. In total, the brewing industry contributes $2.83 billion to the state’s economy and employs roughly 30,000 people directly and indirectly. 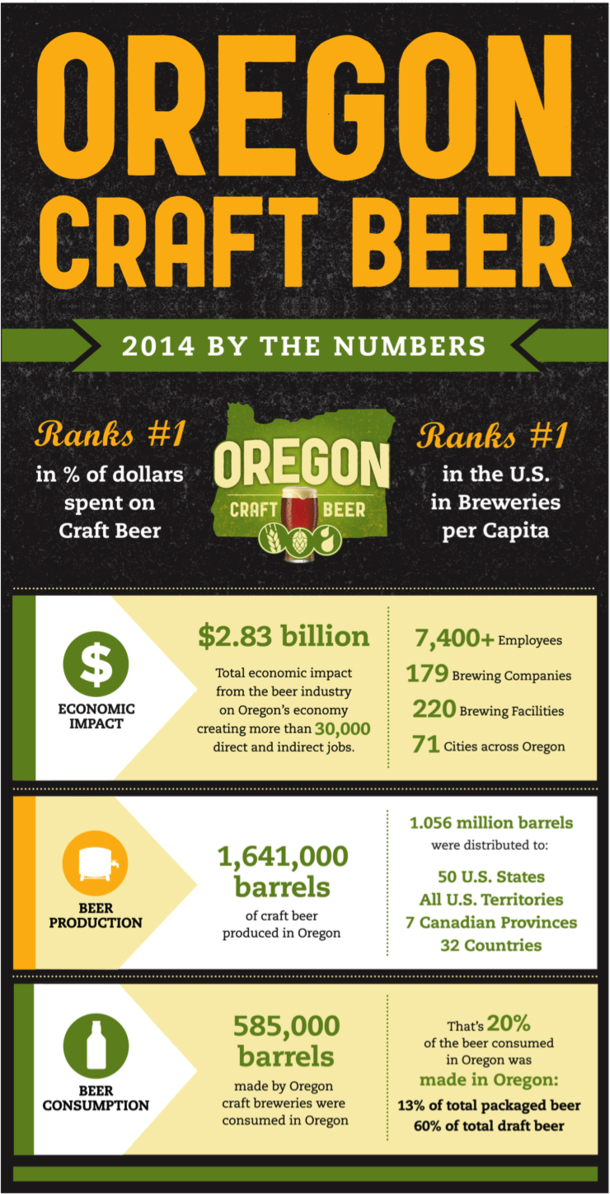 In 2014, 20 percent of the 2.921 million barrels of all beer — both bottled and draft — consumed in the state were made in Oregon. For draft beer, that percentage is even higher, with Oregon breweries producing an estimated 60.0 percent of all draft beer consumed in Oregon. Oregon continues to lead the U.S. in the percentage of dollars spent on craft beer in retail stores with a 36.69 percent share in 2014 according to IRi. Portland is the largest craft beer market in the U.S. by dollars and share with a 39.3 percent share in 2014.

Brewery count by city and region:

Oregon’s craft brewers shipped 1.056 million barrels outside of Oregon in 2014 to all 50 states and all U.S. territories.  Of that total, 22,000 barrels were exported outside the U.S. to 7 Canadian Provinces and 32 countries around the world.  Craft beer production in the U.S. grew 17.6 percent in 2014 and now represents 11.0 percent of the total volume of beer brewed in the United States.