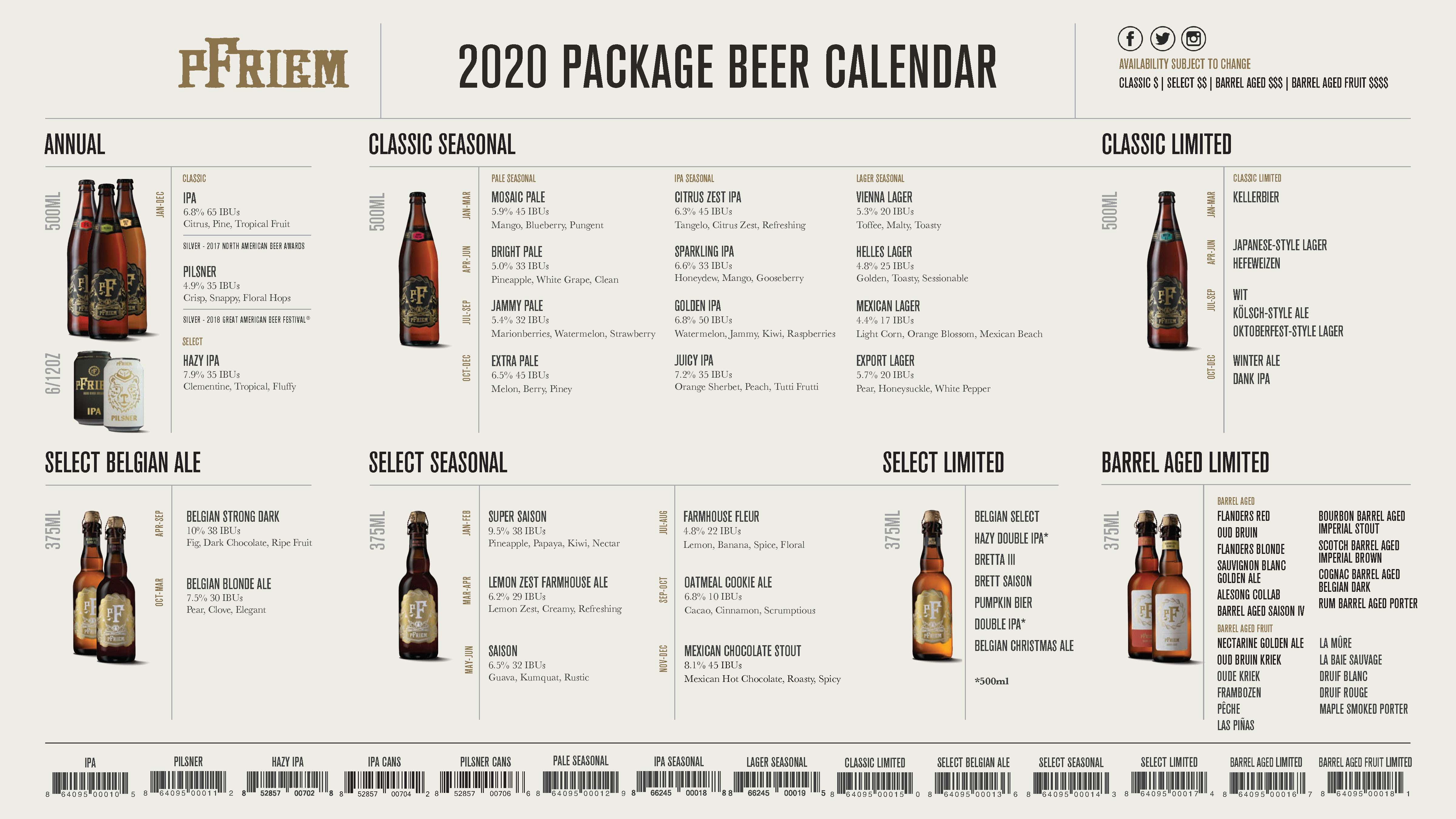 The future looks bright out in Hood River, Oregon at pFriem Family Brewers. The 7-1/2 year old brewery has a huge expansion underway in neighboring Cascade Locks where it will be home to the brewery’s expanding barrel aging facility. pFriem has announced its 2020 Packaged Beer Release Calendar and fans of its beers will be pleasantly surprised about what is in store in the coming year.

pFriem will release its packaged beers in seven beer series – Annual, Select Belgian Ale, Classic Seasonal, Select Seasonal, Classic Limited, Select Limited, and Barrel Aged Limited. Many of these releases will be in 375mL and 500mL bottles, plus its IPA and Pilsner will return in 12oz cans.

Here’s a preview of what to expect from pFriem Family Brewers in 2020.

And if you haven’t been following the pFriem Vlog, it’s a great way to catch up with Josh Pfriem and Gavin Lord as they visit and updates its customers on the expansion out in Cascade Locks.