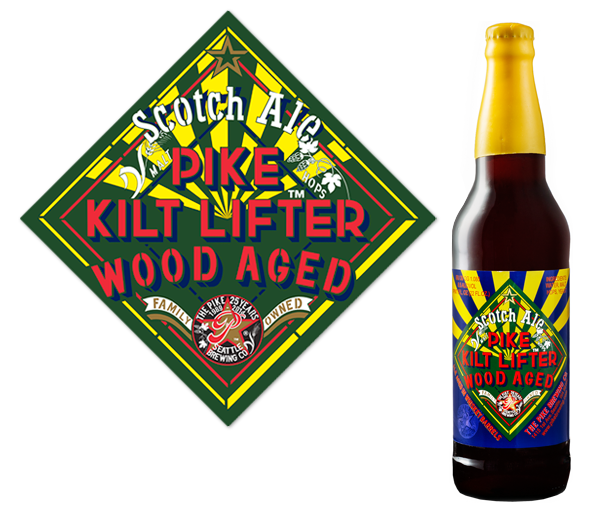 Seattle, WA – January 16, 2016: Over 800 people gathered on the evening of Friday January, 15 to pay tribute to 176 Good Food Award Winners of 2016. By the majestic Golden Gate Bridge on the San Francisco Bay numerous farmers, chefs, journalists, and activists united to celebrate the exceptional food crafters including luminaries Alice Waters, Nell Newman and Slow Food Founder, Carlo Petrini. Pike Brewing Company Founders and Owners, Charles and Rose Ann Finkel, were among the crowd and cheered when they heard Pike Wood Aged Kilt Lifter announced as one of just 14 beers to win a 2016 Good Food Award. 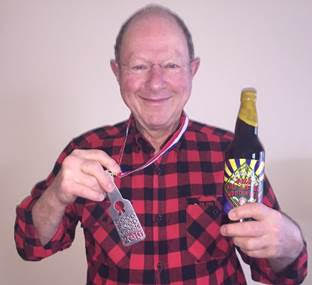 According to the Good Food Awards, breweries making Good Beer are pioneers of local manufacturing, using traditional and creative brewing and fermenting methods to redefine consumer expectations for craftsmanship with their beers. These brewers aim to reshape supply chains and promote responsibility by sourcing ingredients locally and grown without synthetic inputs when possible, practicing resource conservation and supporting local communities. Pike’s brewers try to uphold these values every day and we are humbled to be nationally recognized for these efforts.

Pike Wood Aged Pike Kilt Lifter is a limited release beer and the 2015 version was aged in Westland Whiskey barrels. Each bottle of Wood Aged Kilt Lifter was hand dipped in wax, as many enthusiasts have been known to age these bottles in their beer cellars. Over 1,930 entries were submitted for the Good Food Awards and Pike Brewing Company applauds all the finalists and winners.