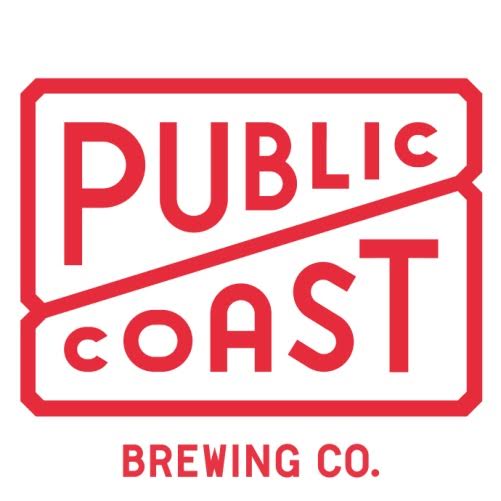 This past fall we broke the news that Cannon Beach, Oregon was going to see its third brewery open in this touristy Oregon coastal town. Public Coast Brewing Co. has completely taken over the former Lumberyard Restaurant and is now serving its own in house brewed beers as of yesterday. This concept of opening a brewery had been a lifelong dream for owner Ryan Snyder, president of Martin Hospitality. Public Coast Brewing joins the well established Bill’s Tavern and Brewhouse and the recently opened Pelican Pub & Brewery in Cannon Beach.

Here’s more from the press release that we received from Public Coast Brewing….

Construction started in October 2015 on the former Lumberyard restaurant space, transforming it into a 10-barrel craft brewery and family-friendly pub. The brewery pays homage to the Oregon Beach Bill, signed into law in 1967 by then Oregon Governor Tom McCall, declaring all of state’s 363 miles of coastline free and open to the public. Opening in time for the summer season, and just steps from the beach, it’s the ideal place to relax and enjoy a delicious beer made onsite after a day exploring all Cannon Beach has to offer.

Public Coast Brewing fulfills a lifelong dream for Snyder, who always planned on opening a brewery at the downtown Cannon Beach spot. He and his wife Stephanie purchased the restaurant over 10 years ago. “Cannon Beach has been our home for over 20 years,” says Snyder. “I wanted visitors and locals to have a place that celebrates the free and open spirit of the Oregon Coast, where they can kick back after a beautiful hike along the cliffs of Ecola State Park or tide pooling at Haystack Rock. When people think of craft beer in Oregon, we want them to think of the North Coast.”

The brewpub, designed by Seattle architect Mike Skidmore and with branding concepts by Central Office, Lookout Co. and Sokoloff Creative, seats 110 inside and 42 outside on the patio. Interior décor reflects the northern Oregon coastline with heavy use of exposed timber and salvaged wood, and the signature Public Coast red throughout. Guests will dine and drink under a large-scale mural painted by Portland-area artist Zach Yarrington, a playful take on the brewery’s high and low tide inspired logo, and its motto, “Beaches forever. Beer for everyone.”

Public Coast Brewer Will Leroux, former Martin Hospitality corporate chef, spent time at Big Dogs Brewing in Las Vegas to prepare for his new role. A longtime beekeeper, farmer and forager, Leroux uses his extensive knowledge of locally-sourced foods to include Northwest flavors in the brews. The initial beers are a Blonde Ale, Pale Ale, Northwest Amber Ale and Stout. Public Coast will also be brewing Stephen’s Ankle Breaker Root Beer, named by Snyder’s 13-year-old son after his favorite soccer move. Stephen worked with Brewer Will to create the signature root beer. Fred Bowman, co-founder of Portland Brewing Company and Portland craft beer legend, is on board as a consultant.

Public Coast joins the world-famous Stephanie Inn, Surfsand Resort and Wayfarer Restaurant under the Martin Hospitality masthead. The brewery is located at 264 E Third St., and will be open daily from noon to 9 p.m. for the summer, with beer service continuing later in the evening.