This past spring Pelican Brewing announced its plans to open its third coastal brewery in tourist haven Cannon Beach, Oregon. It has just been announced that a third brewery is set to enter this beach town as Lumberyard Restaurant has closed to make way for Public Coast Brewing Company.

Public Coast Brewing Co. will sit exactly one mile from the new Pelican Brewing location that will be at the former Dooger’s Seafood and Grill. The longstanding Bill’s Tavern & Brewhouse will be in between the two new locations that will allow for a nice pub crawl come next spring.

Pelican plans to be open in Spring 2016 as the remodel is much more intense than what Public Coast Brewing faces. The former Lumberyard Restaurant was in very nice condition therefore owner Ryan Snyder expects his brewery to be in operation in February 2016. Hopefully in time for Zwickelmania. Plus its great to hear the legendary brewer Fred Bowman is involved in the initial phase of the brewery. 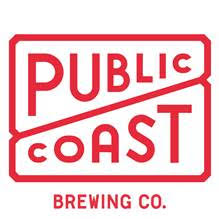 Here is more from the press release from the brewery’s ownership, Martin Hospitality:

“From the beginning, my vision for The Lumberyard was to transform the restaurant into a brewery that local residents and visitors to the Oregon Coast could enjoy,” says Ryan Snyder, Martin Hospitality President. “We’re excited to move forward with a project that’s been a lifelong dream for me. We look forward to offering a unique new venue on the North Coast, and leaving our mark on Oregon’s respected beer culture.”

Public Coast Brewing will use a 10-barrel brewing system to produce and serve seven of its own craft beers, while also offering five rotating beers from partner breweries. Martin Hospitality Chef Will Leroux has transitioned from lead company chef to brewmaster, overseeing beer recipes, production and quality. An avid farmer, forager and beekeeper, his recipes will marry locally found ingredients with Northwest hops for a delicious new taste. Root beer will also be brewed onsite for kids (and adults!).

An all new menu perfectly paired for beer drinking will also be revealed when the brewery opens. Offerings will include seasonal fish ‘n chips prepared with local halibut, albacore tuna, salmon and rockfish; grass-fed beef burgers with secret sauce; homemade sausages; and vegetarian and gluten-free options. New counter-style ordering will be introduced, ensuring quick service and the option for customers to have a beer while they wait.

The brewery’s name, Public Coast Brewing, celebrates Oregon’s 363 miles of open, public coastline, as decreed by the Oregon legislature in 1967—a coastline that ensures access for everyone in perpetuity. Public Coast Brewing will reflect that philosophy of inclusion, with beers that appeal to both the craft beer drinker and broader consumer.

“Few places in the country match the beauty and welcoming spirit of the Oregon Coast,” says Snyder. “As one of the only true public coastlines in America, the Oregon Coast is open to everyone, and the people are warm and inviting. I wanted to build a brewery that reflects that same welcoming spirit, and make craft beer that’s both delicious and approachable.”

The brewery and restaurant, designed by architect Mike Skidmore, will reflect northwest themes of exposed timber and coastline, evoking where forest and sea come together. Features include a wrap-around bar ideal for tasting with friends; beer making in action visible from tables and through large windows; and an inviting outside dining and bar patio.

The Lumberyard was purchased by Ryan and Stephanie Snyder in 2004 as part of the Martin Hospitality family of properties. The company also owns and operates the world-renowned Stephanie Inn, Surfsand Resort and The Wayfarer Restaurant.