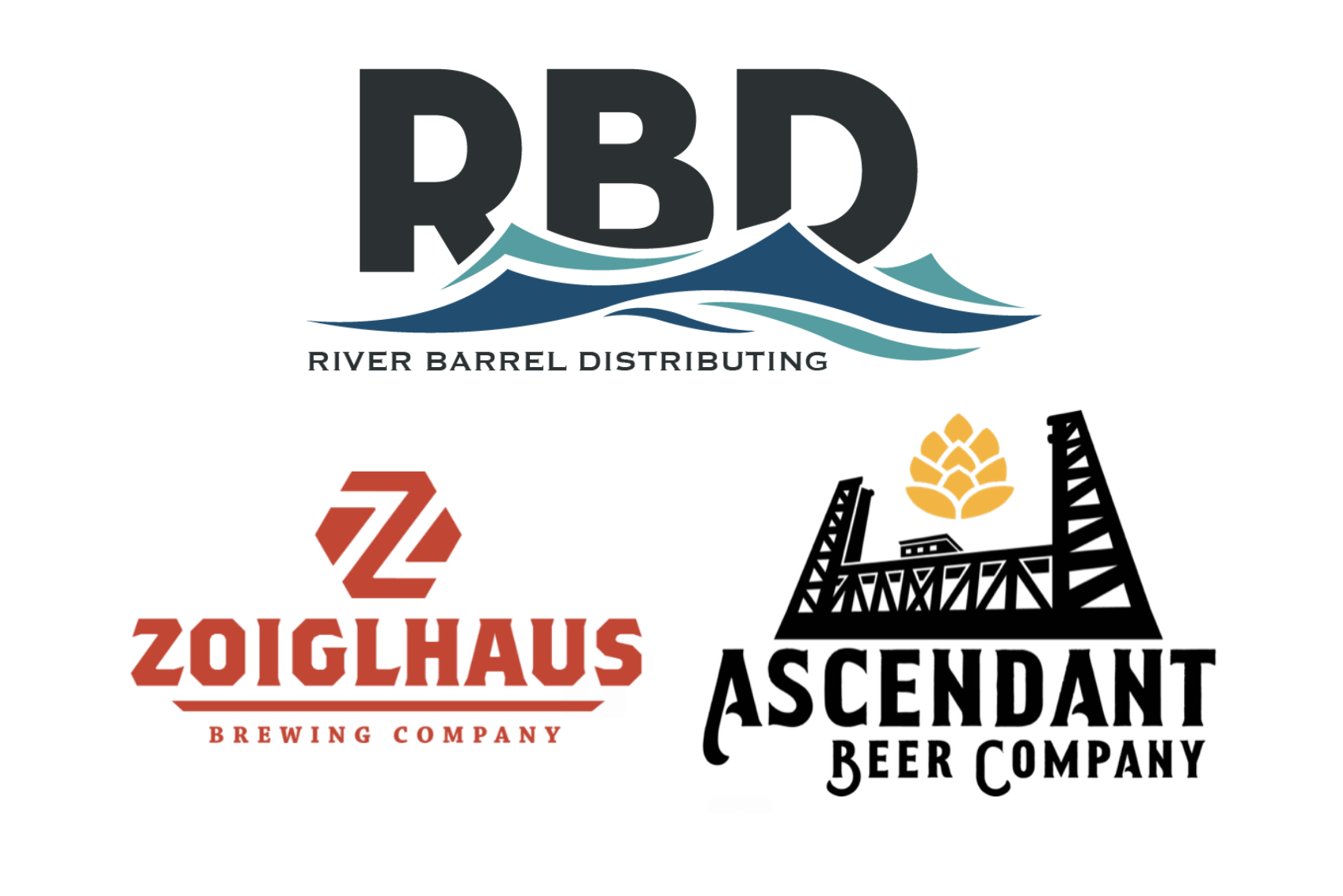 March 17, 2022 – Shortly after Buoy Beer Company won Double Gold for its Helles Lager, it started self-distributing beers to a handful of Washington-area accounts. As demand grew in the years following, they decided it was time to create their own distribution company in order to grow into the market.

Now the company is happy to announce that two more reputable Oregon brands will be added to the list of beer, cider, and spirit makers: Zoiglhaus Brewing Company and Ascendant Beer Company.

“River Barrel Distributing is eager to bring the Zoiglhaus Brewing Company and Ascendant Beer Company up to the Seattle, Tacoma, and Olympia region,” said Jeremiah Smith, Sales Director. “These well-loved Portland beers will be an asset to the Washington taps in the area.”

Zoiglhaus Brewing Company and Ascendant Beer Company are both community-driven breweries based in Portland and are looking forward to introducing their brands to a larger audience.

Established in 2015, Zoiglhaus began as a collaboration between German-trained Brewmaster Alan Taylor and brewery owner/developer Chad Rennaker. The brewery is known for its German-style beers (such as their Pilsner, Kölsch, Weiss, and Helles brews) and takes its name from the Zoigl tradition of brewing that originated in what is now Bavaria. The historic practice brings citizens together to share conversation and beers brewed at the communal brewhouse. Today, Zoiglhaus Brewing aims to do just that in its Portland taproom and through a wider distribution of its flagship beers.

“Zoiglhaus has been waiting for the right opportunity to expand into the Seattle/Tacoma/Olympia region,” said Alan Taylor, Owner and Brewmaster of Zoiglhaus. “With our partnership with River Barrel Distributing and a major expansion taking place in the brewery, we are excited to have the brewing capacity to bring our authentically brewed German-style lagers and ales to a new group of beer lovers! Our award-winning beers will make a great addition to the existing beer scene.”

Joining Zoiglhaus is another brewery with a mission to bring character and livelihood to its Portland neighborhood. Ascendant Beer Company, previously known as PINTS Brewing Company, is Old Town Portland’s first brewery since the original Liberty Brewing Company opened in 1852. Rebranded in 2018, Ascendant is also under the direction of Brewmaster Alan Taylor. He and his team of excellent brewers focus on the “flawless execution” of classic beer styles like IPAs, lagers, stouts, and reds while also putting an emphasis on small batch and experimental beers.

“We are excited to partner with River Barrel Distributing to bring Ascendant to the Puget Sound region,” said Alan Taylor, Brewmaster. “Our award-winning ales and lagers have found fans wherever they are poured.”

As River Barrel Distributing continues to add more brands to its operation, it looks forward to future partnership possibilities with local breweries, distilleries, and cideries that will help them bring even more variety to the Washington region.

For more information or to get in touch about ordering beer and spirits, please email: sales@riverbarrel.com