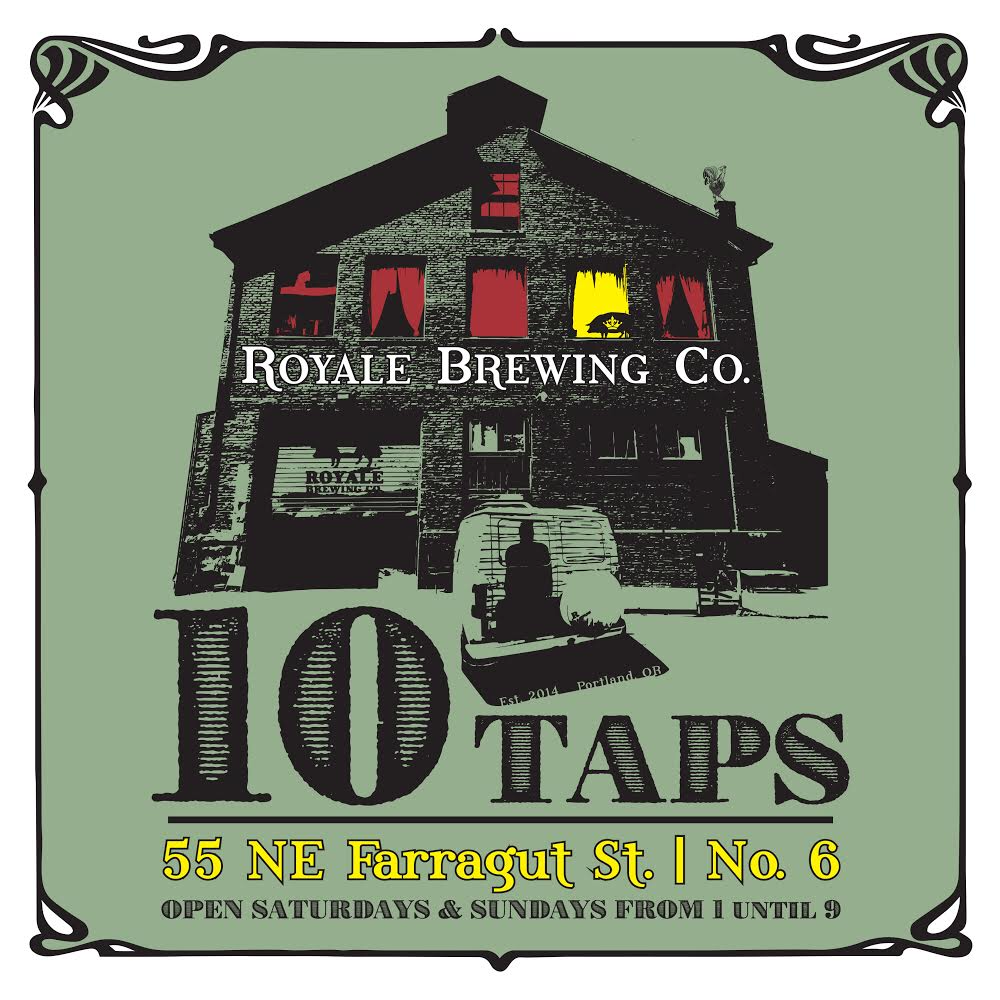 The brewery that began brewing in its new brewery just 1-1/2 years ago is now going to open a taproom to the public. Beginning on Saturday, August 12th, Royale Brewing will open its Brewery Taproom to the public every Saturday and Sunday from 1:00-9:00pm.

On March 17, 2016, Royale Brewing brewed its first beer on its 15-barrel brewhouse produced by Practical Fusion. For its first brew its chose to brew Fat Unicorn Pale Ale. Since this time its beers were available in distribution and later at its very own The Garrison Taproom. Now the brewery will be open for all to enjoy.

Located in Portland’s Piedmont Neighhood, Royale Brewing Taproom will pour 10 taps of beer ranging from its core line up of beers to its barrel-aged projects and one off. 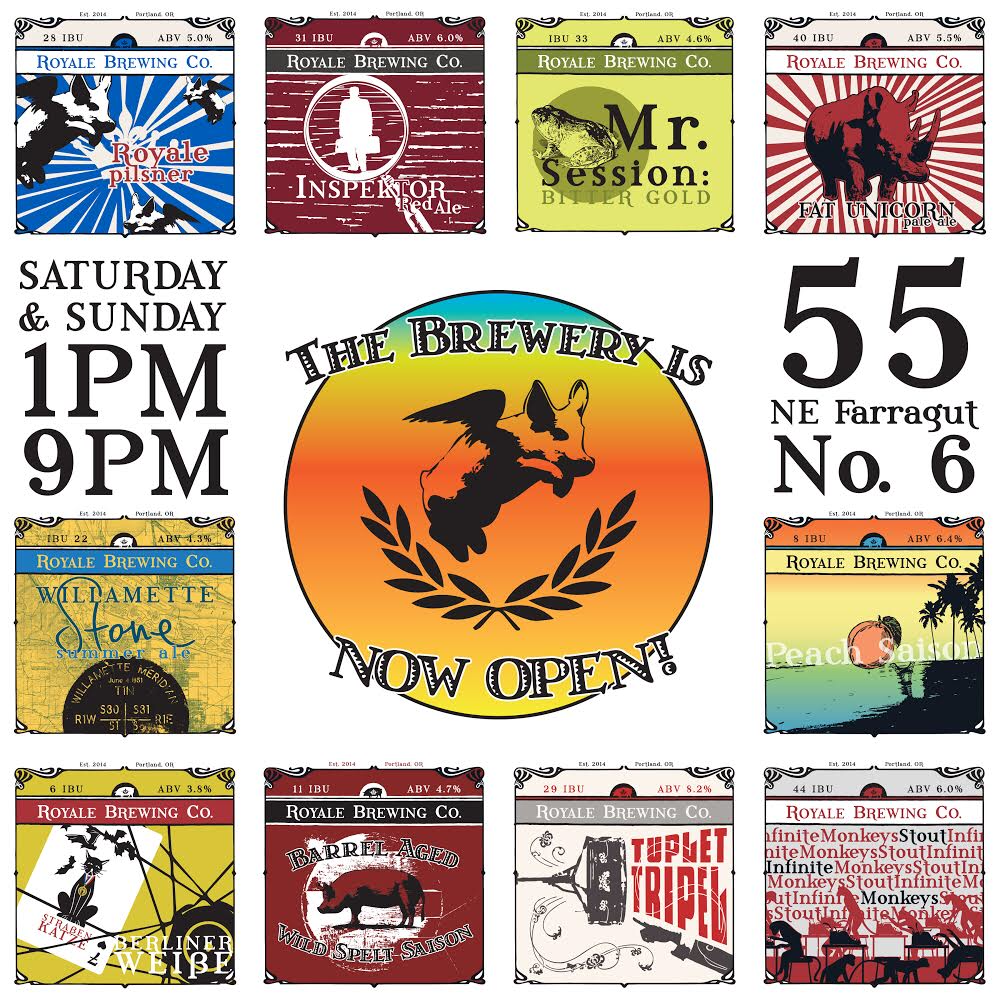