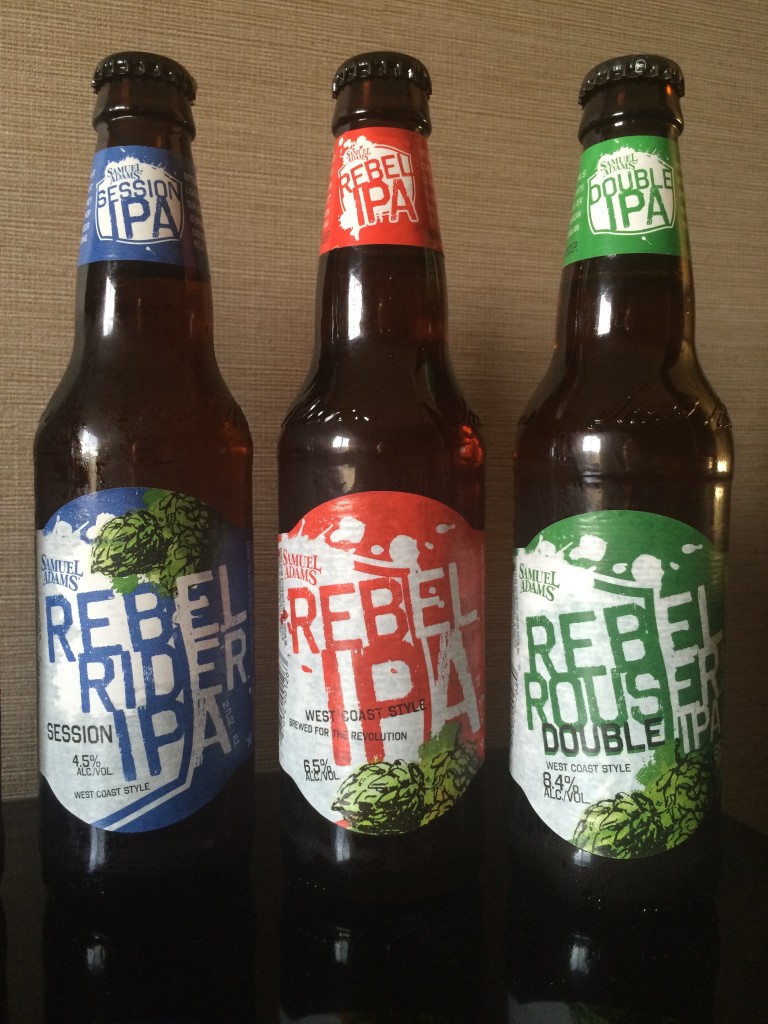 Over the course of its 30 year history, Boston Beer Company, better known as Samuel Adams, has delved into brewing more traditional styles of beers over its long history. At times, mainly for seasonal releases, Sam Adams would produce an IPA but rarely one that offered the hop intensity that us on the West Coast enjoy so much.

This changed last year when Samuel Adams joined the increasingly crowded lineup of West Coast Style IPAs with its Rebel IPA. This year-round release gained some strong traction in both sales and in appreciation amongst fans of craft beer.

Living in a bit of a bubble here in the Pacific Northwest we may not notice some of what Samuel Adams’ successes are but when you venture across the country or go to some chain restaurants the spray paint can Rebel IPA tap handle has been well noticed. It even drew the ire of Lagunitas owner Tony Magee when he made claims in early 2014 of Samuel Adams conducting dubious tactics in taking aim at other IPA tap handles, including Lagunitas tap handles, to secure a spot for Rebel IPA.

With this trifle now in the past, Samuel Adams has now expanded the line of Rebel IPA to now include two new family members, Rebel Rider Session IPA and Rebel Rouser Double IPA.

In creating both the new Double IPA and Session IPA, the brewers of Samuel Adams did not just double or cut the hop addition in the original Rebel IPA. Both of these new brews were developed after dozens of test batches to perfect the addition of different hop varieties to the kettle, which contribute hop flavor and bitterness, and different hopping techniques during the dry-hopping process, which contributes hop aroma to the brews. 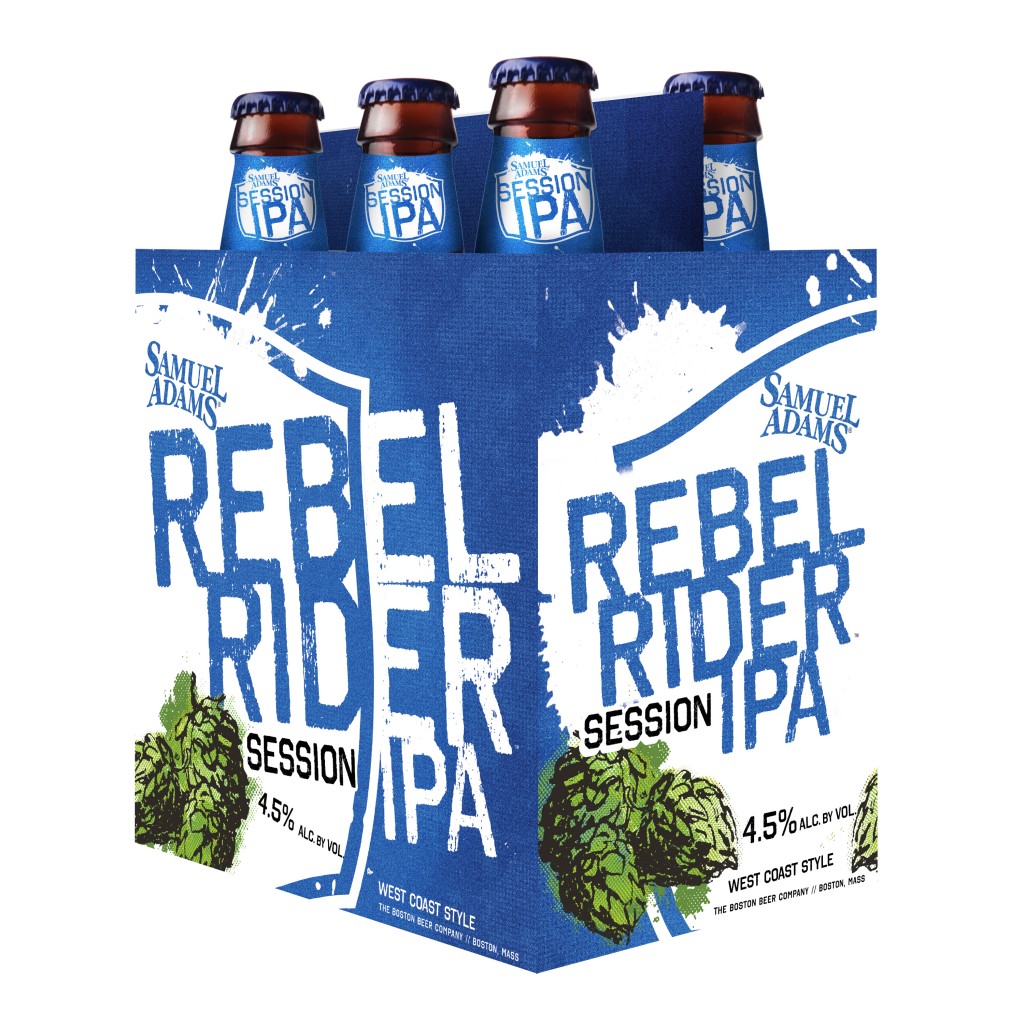 First up is the new Rebel Rider Session IPA. This new, true to style session ale is one that offers up pleasant drinking experience. Rebel Rider at 4.5% ABV is under the normally accepted ABV of being under 5% ABV but is no hop slouch. This pale straw colored lower ABV IPA packs a strong and promising hop aroma and flavor with its 45 IBUs.

Rebel Rider is brewed with Citra, Topaz and Cascade hops, followed by being dry-hopped with a variety of West Coast favored hops of Centennial, Cascade and Simcoe hops. This technique of dry hopping brings forth more aroma and flavor to this lighter bodied IPA. These three hop choices were well planned and then executed.

What would make this Session IPA even better is if Samuel Adams were to package it in cans, perfect for the soon to be coming warmer weather and its outdoor activities. 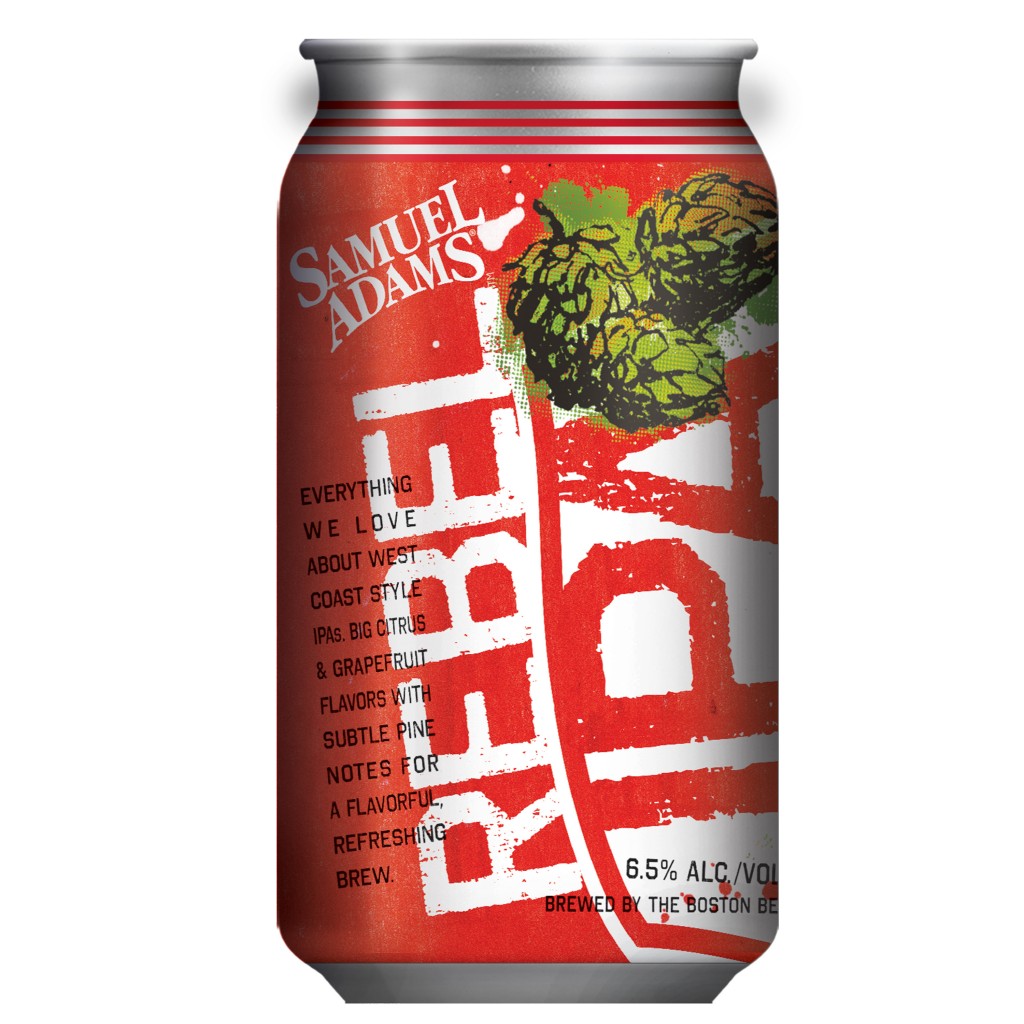 The beer that brought to life the new Rebel Rider and Rebel Rouser is Rebel IPA, Samuel Adams first year-round West Coast style IPA. Rebel IPA was developed in the brewery’s 10-gallon nanobrewery to get the recipe one that would entice the hophead.

Rebel IPA is a tad bit lower on the hop intensity of what is usually expected with this style’s hop profile. IBUs are not the only indicator to a beer’s true hop intensity as Rebel IPA exhibits a stronger hop aroma and flavor than that of the beer’s 45 IBUs. To stay contemporary Samuel Adams uses Cascade, Simco, Centennial, Chinook and Amarillo hops to create a hoppy IPA.

We here on the West Coast would expect a bit more bitterness but at 6.5% ABV, Rebel IPA will definitely wet a hop lovers palate. The brewery recently added 12oz and 16oz cans to the previously available 12oz bottles.

Samuel Adams new Rebel Rouser Double IPA is a solid example of this style. This hop bomb sits at a respectable 8.4% ABV and 85 IBUs that creates a desirable IIPA. Rebel Rouser is brewed with more than five pounds of hops per barrel. This impressive use of Zeus, Bravo, Galaxy, Simcoe, and Centennial hops offers some pleasing flavors of pine, citrus, floral and spice. 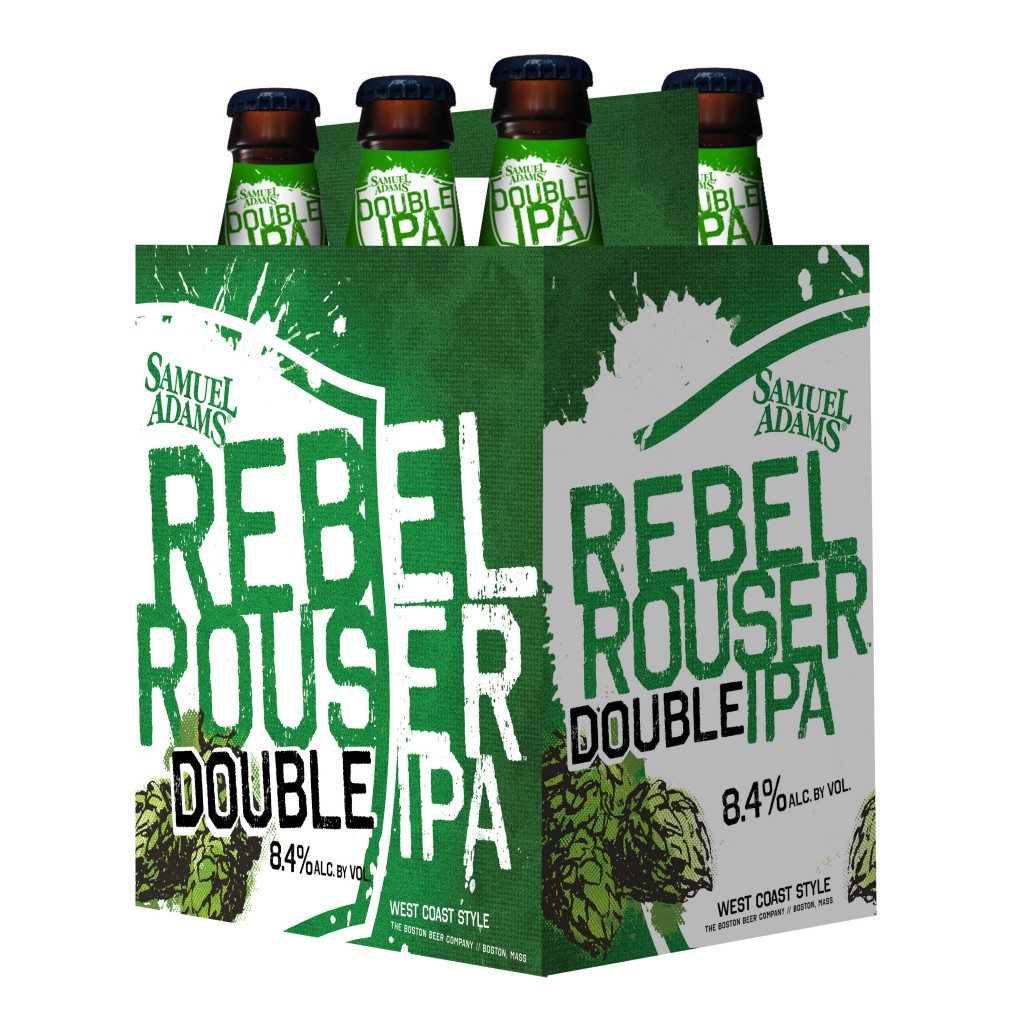 To balance hop bitterness and showcase hop aroma, five American hop varieties from the Pacific Northwest are used during the dry-hopping process. This addition of Amarillo, Cascade, Centennial, Simcoe, and Zeus hops impart aromatics to the final beer.

Seth Adams, one of the brewer’s at the Samuel Adams nanobrewery, says the following about the Rebel family, “We worked hard and had a lot of fun experimenting and developing Rebel Rider and Rebel Rouser IPA in our nanobrewery. Working on a small system, we’re able to tweak the recipes and create lots of test batches with different hop varieties, quantities of hops and recipes for dry-hopping. We offered early batches on draft at our Boston Brewery so that visitors could try them, until we perfected the recipe. These two brews use some of my favorite West Coast hop varieties and both feature robust hop flavor and aroma without palate-scorching bitterness. In fact, all three Rebel beers – Rebel IPA, Rebel Rouser Double IPA and Rebel Rider Session IPA – use Cascade, Centennial and Simcoe hops as part of their recipe, which is a cool thread that ties all three brews together.”