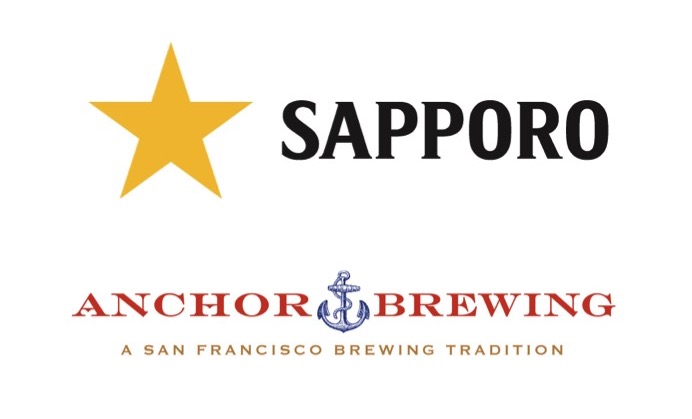 With its history dating back to 1896 in San Francisco, California Anchor Brewing will be sold to Sapporo Holdings according to a press release from the Japanese based brewer.

Japan is becoming a growing market for craft beer as there are quite a few local Oregon breweries that have been exporting its beers to the country through the years that began with Rogue Ales and now included some of the most trendy breweries from today. In the city of Shibyua there’s PDX Taproom that features beers and cultural decor from the Rose City.

Anchor Brewing is widely regarded as the brewery that inspired the craft beer movement of today. Known for brewing its Steam Beer, Anchor Brewing survived the Prohibition but began to suffer in the 1950s. The brewery event shut its doors for at time being. But in 1965 the Iowa born Fritz Maytag stepped in to purchase a majority ownership in the brewery. He later purchased the entire business.

Maytag spent many years attempting to turn around this brewery and finally hit success in the 1980s. He inspired others to get into what was then known as microbrewing including Ken Grossman from Sierra Nevada Brewing.

Beyond the popular Anchor Steam Beer, the brewery also gained notoriety from its Liberty Ale and its annual Christmas Ale. The brewery even expanded to open Anchor Distillery in 1993, producing small batch spirits. Then in 2010 Maytag sold the brewery to The Griffin Group led by Keith Greggor and Tony Foglio, former Skyy Vodka executives.

Now we receive word that Sapporo Holdings will fully acquire the longtime San Francisco brewery. Sapporo itself too has a deep brewing history dating back to 1876 in Japan. Sapporo beers that are available here in the United States are brewed in La Crosse, Wisconsin at City Brewing.

The Sapporo Group plans to further expand its US beer business by adding Anchor, a prominent beer manufacturer which produces the leading brand “Anchor Steam® Beer,” to its group.

1. Equity transfer agreement
Sapporo Holdings will enter into an equity transfer agreement with Anchor’s parent company Anchor Brewers and Distillers, LLC (hereinafter “ABD”). The transaction will be conducted through Sapporo Holdings’ subsidiary, to be established for the purpose of entering into the agreement. Sapporo will obtain all of ABD’s equity interest in Anchor which will join its group companies.

2. Rationale behind Agreement
Last year, the Sapporo Group formulated the new Long-Term Management Vision “SPEED 150” through 2026, the year marking the Group’s 150th anniversary since its founding. The vision set forth in Speed 150 is for the Sapporo Group to be a company with highly unique brands in the fields of “Alcoholic Beverages,” “Food,” and “Soft Drinks” around the world.

Regarding its “Promote Global Business Expansion” policy, a key driver of its group growth strategy, Sapporo Group is pushing forward a distinctive plan that designates North America its business base and the rapidly growing “Southeast Asian” region as its highest-priority markets. In the US where the SAPPORO brand has maintained its position as the No. 1 Asian beer in the country over 30 years, the Group has been considering expanding its beer business through the acquisition of a new brand as well as further growing the SAPPORO brand.

Anchor is a prominent and historic US beer producer founded in 1896 in San Francisco. “Anchor Steam Beer,” its flagship brand, is said to be an icon that ignited the current craft beer boom in the US. Armed with its strong brand power primarily in San Francisco, where it is based, as well as other areas across the US, it has been enjoyed by countless beer lovers throughout the years.

The addition of Anchor’s strong brand power and network to the Sapporo Group’s US beer business portfolio through the conclusion of this agreement is expected to accelerate its speed of growth in the US.

(Note 1) Sapporo Holdings acquired Anchor Brewing Company’s “equity” instead of its shares due to the fact that the latter is a limited liability company.