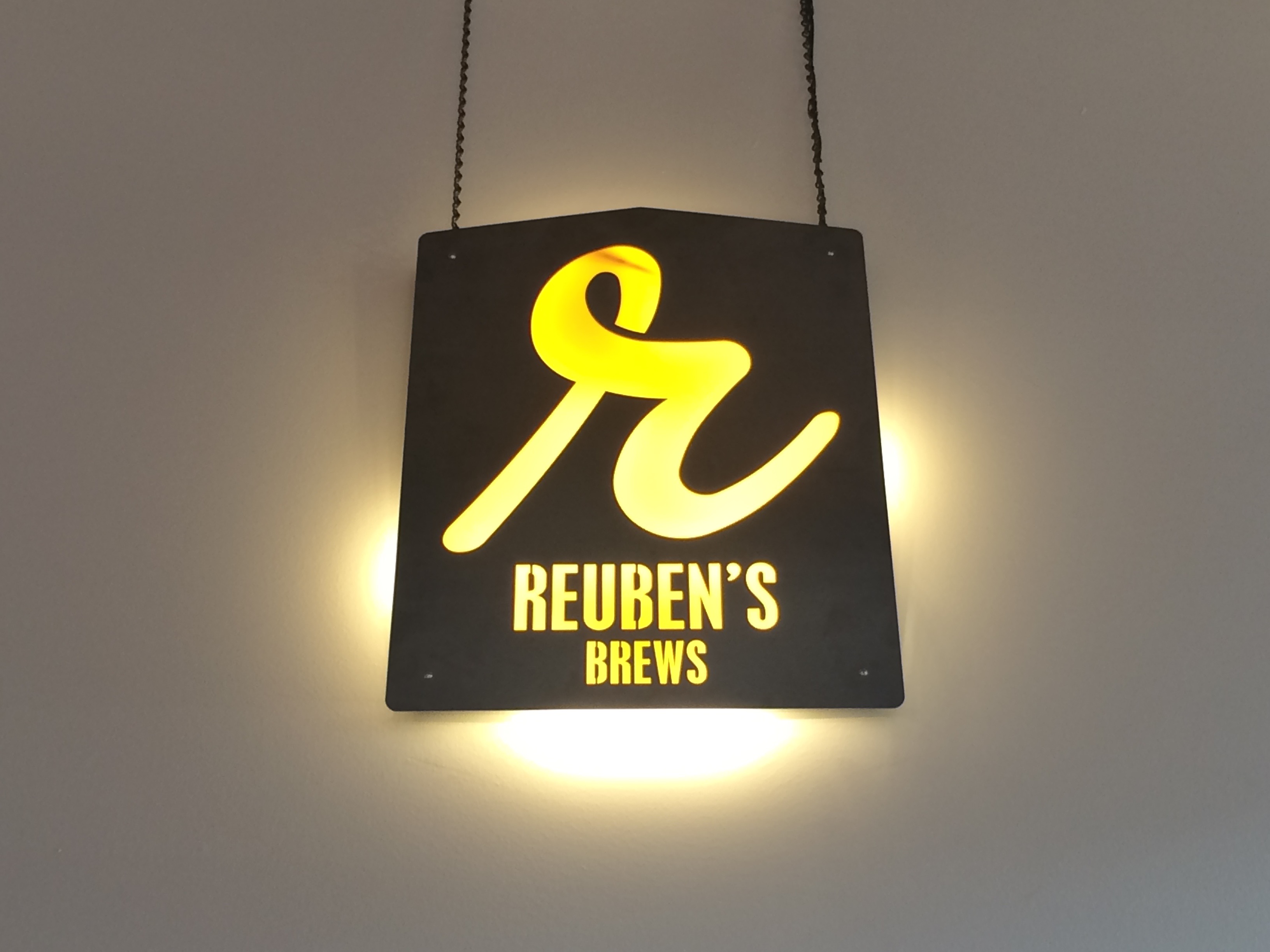 SEATTLE, Wash. (Feb. 28, 2017) Starting this summer, Beer lovers in Portland, Vancouver WA, Eastern Washington and Northern Idaho will be in for a real treat as the award-winningest brewery in Washington state, Reuben’s Brews, expands distribution.

“For the last couple of years, people have been asking us when our beers will be available outside of Western Washington, particularly in Eastern Washington and Portland,” says (Adam) Robbings. “We believe we have to earn the right to be called a Pacific Northwest brewery, and we hope that the quality of our beers – underlined by our beers’ recognition both nationally and internationally – will encourage beer lovers throughout the region to try and enjoy our brews.”

The brewery signed on with two new distributors: Maletis Beverage in Portland, Oregon will distribute Reuben’s Brews to the greater Portland area, including Vancouver, Washington; and Spokane-based Click Distributing East will cover Eastern Washington. Beers are expected to hit taps and store shelves in May and June with a detailed release schedule to follow.

Reuben’s Brews has garnered more than 100 medals in beer competitions since opening in 2012, including Gold medals at the Great American Beer Festival and the World Beer Cup and has already added eight more medals for its beers since the start of the year. The brewery was second place overall at the Best of Craft Beer Awards after winning four medals, the brewery won three Best of the Northwest awards at the US Beer Tasting Championships, and Crikey IPA was named as a winner at the Good Food Awards.

In 2016, the brewery more than doubled its production, making expansion outside of its hometown of Seattle possible. The brewery recently signed a lease on another small warehouse in the brewery’s Ballard neighborhood. This one will have a very specific use – building on their award-winning sour program.

“We decided to wait until we had a separate facility before commencing barrel aged sours,” says Robbings. “We’re excited to build on our GABF Gold Medal winning Gose with new brett and barrel-aged sours in the coming months and years.” 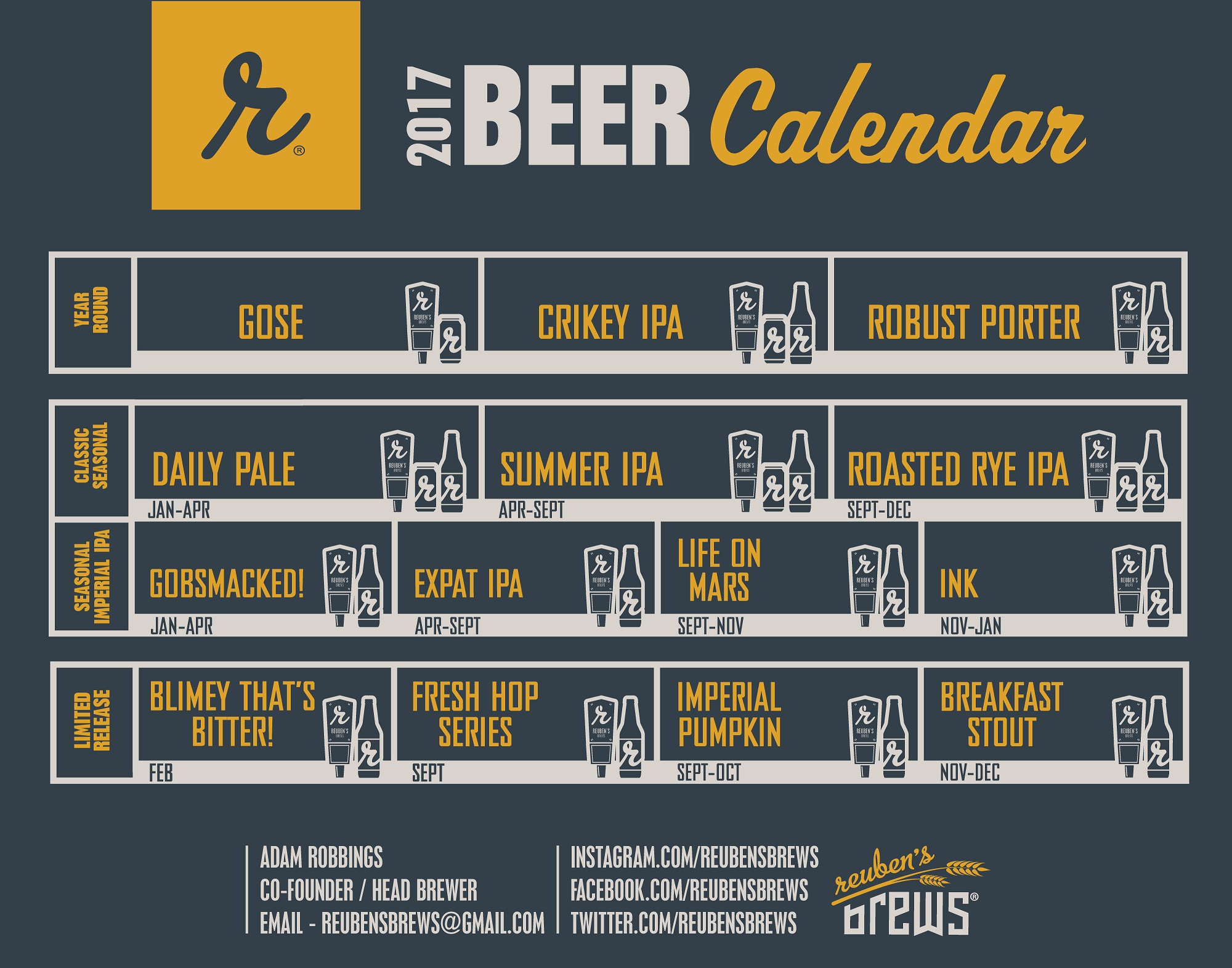 About Reuben’s Brews
After the birth of their first child Reuben, Adam and Grace embarked on a mission to brew bloody good beer. Originally from the UK, Adam turned a passionate hobby into a family-run brewery crafting nationally and internationally recognized beers in a wide variety of styles. Since opening in 2012, Reuben’s has won awards for its beers around the world including at the Great American Beer Festival, the World Beer Cup, the US Open and was named Mid-Sized Brewery of the Year at the 2015 Washington Beer Awards. Find Reuben’s Brews in Western Washington and at its taproom located at 5010 14th Ave NW in Ballard, open 7 days a week. For more information, visit www.reubensbrews.com or follow on Facebook, Twitter and Instagram (@reubensbrews).