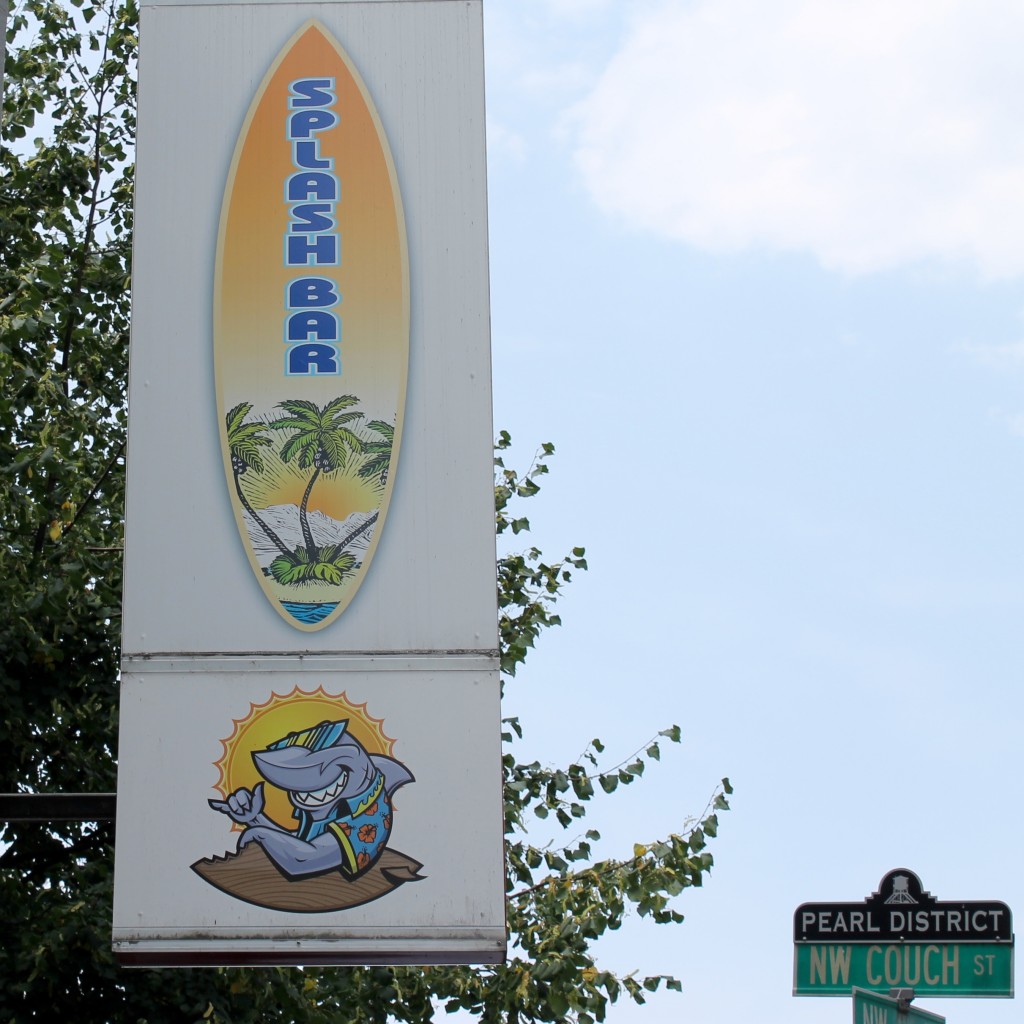 After many years of only being home to two breweries, Portland’s Pearl District has seen its brewery count increase 3 fold in less than one year. With the neighborhood’s latest brewery opening Splash Brewery, part of Splash Bar, this total count now reaches six breweries. In addition to Splash Brewery these breweries include Deschutes Brewery, Fat Head’s Brewery, Back Pedal, 10 Barrel Brewing, and BridgePort Brewing.

However the new brewery inside Splash Bar is a bit different than most. There are no bags of grain lying around since there is no mash tun, lauter tun or kettle anywhere to be found. What you do find at this new brewery is a SmartBrew system that allows Splash owner Chris Lenahan complete confidence in the wort the he fully ferments and conditions on site and then serves to his patrons.

Lenahan is not just your average bar owner, he is one with a long history in this continually changing business. He owns a few other bars and has been part of the launch of many others all across the country. Lenahan also owns Opening A Bar consulting business and has authored The Little Black Bar Book that offers advice for new and existing bar owners.

On Monday we met up with Lenahan and Brian Watson from SmartBrew. Watson was in town to assist in the launch of Splash Brewery and its first beers that were served this past weekend. Watson is from New Zealand and has been brewing professionally since the early 1990’s. He spent a few years at Heineken where he learned and perfected his brewing skills prior to opening and running a few other breweries including his current brewery Good George Brewing based in Hamilton, New Zealand. 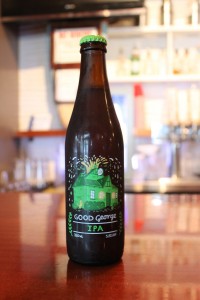 This skill set has also led him to beer judging across the globe at some of the most prestigious beer events. These include the World Beer Cup, Great American Beer Festival and the Australian International Beer Awards.

While Watson was here in Portland he visited many of the cities breweries and beer bars. However on Sunday he took a trip to wine country an visited Archery Summit in Dundee Hills. He enjoyed the wines but said he was ready for beer again on Monday when we met up with him and Lenahan at Splash Bar.

Watson teamed up with DME Brewing Solutions from the far Eastern Canada province of Prince Edward Island to design this new SmartBrew system. DME has been manufacturing brewhouses sine 1991 but are predominately sold in the eastern half of North America. With over 600 brewhouses sold Watson stated, “The top 5 breweries in Australia all use DME Brewing Solutions.”

So far Watson has setup over 42 breweries using SmartBrew. He is currently working on eleven of these setups in his neighboring country of Australia. There are 10 additional breweries in the works here in North America. When asked about what the investment is in this system Watson stated, “Its about $140,000 installed including everything. The lead time is about four months.”

Splash Brewery consists of four 10 BBL Fermentation/Brite Tanks that sit inside Splash Bar. SmartBrew will brew the wort and then chill it to 58 degrees back in New Zealand at Watson’s Good George Brewing and its 120 BBL system. From there SmartBrew will place this wort in bulk shipping bags and will then ship this wort either via air or boat to the Splash Brewery. When shipped by boat this may take up to four weeks but Watson is confident that this is no issue. Watson adds, “We have been brewing this way for 3-1/2 years with no infections. “

The wort that is being shipped over to Splash is high gravity to keep the costs down. It is then blended with Bull Run water during the fermentation process. “I send the wort over and the brewery here pitches the yeast and adds the hops here in Portland,” states Watson. The hops that are currently being used are all from New Zealand where Watson has contracts and knows how these hops work with the beer his team is brewing.

The entire fermentation process is all controlled with automatic valves. These are beneficial for off site monitoring and for the thorough cleaning process. Watson elaborates, “It’s all about providing fresh beer. There is automatic cleaning of tanks that we guarantee the cleaning process. All about quality. Absolute consistency is key. I can monitor the fermentation remotely in New Zealand via my iPhone.”

The beer styles are endless on what Watson’s SmartBrew system can brew. During our visit Watson stated that, “I am working with a brewer in Eastern Canada on brewing a beer infused with black tea. This infusion will take place at the Canadian’s brewery once he receives the wort from New Zealand.”

Splash Brewery is currently serving three beers, Tiger Lager, Lava Hound Hefeweizen, and Jaws IPA along with Splash Hard Apple Sauce all brewed on premise. We sampled all three beers and were pleasantly surprised by what we tasted. Our favorite of the bunch was Tiger Lager. During its rollout that began this past weekend, Splash will be featuring its $4.00 Blind Tasting Challenge to get your feed back on comparing Splash’s three beers to other similar local beers. 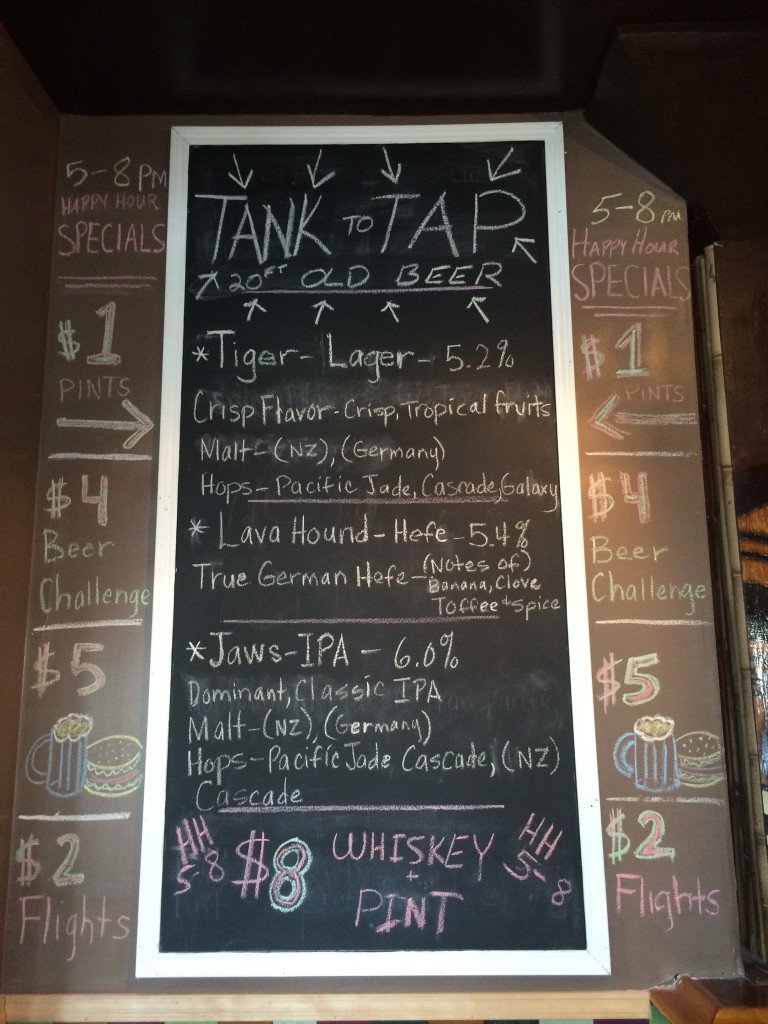 Tiger Lager is a clean, fresh tasting lager with an added touch of hops. The use of Galaxy Hops adds to this lager. 5.2% ABV 19.5 IBU

Lava Hound Hefeweizen uses Ella hops but Watson isn’t sure he’ll continue on with its use and may switch the hops. This Hefeweizen offers notes of banana, cloves and subtle spice. 5.4% ABV 10.5 IBU

Jaws IPA is a solid IPA, nothing overtly hoppy or mind blowing but well balanced in more of an English-Style IPA way. This IPA offers up fresh tropical and critic aroma for a nicely balanced beer. 6.0% ABV 41 IBU

What beer style is next for Splash? Watson is pushing Lenahan to brew an Imperial IPA next. However Lenahan seems a bit hesitant as to if his customers will embrace a bold, hoppy beer. 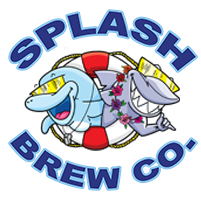 Currently Splash Bar has eight taps but the bar is about to add an additional 12 taps to the mix for more offerings when his new Southeast Portland location will open that will also brew on a similar SmartBrew system that he already has here in storage here in town. When we met up with Lenahan he was just wrapping up a meeting with his lawyer about turning in his TTB paperwork for this new location. Lenahan stated that he will be working with a local brewer but refused to name this person to help with recipe development that will better meet his Portland customer base.

Splash Brewery beers are priced at $1.00 a pint during Happy Hour from 5:00 to 8:00pm daily during its current Wednesday through Saturday operating hours of 5:00pm until close. Beginning next week Lenahan states that Splash will be open six days a week from Monday through Saturday beginning at 5:00pm. When asked about the beer prices once Happy Hour concludes at 8:00pm he mentioned that the prices only increase to $3.00 or $4.00 per pint.

Lenahan states, “I want to put out a consistent beer.” If he holds true to this belief his beers will succeed here in Portland.