First brewed in 1997, now it’s been canned nearly 20 years later. Stone Brewing has announced the release of its popular Arrogant Bastard Ale in convenient 16 oz. Tall Boy Cans. This rollout of 6-packs will be nationwide and taking place over the coming weeks.

HATED BY MANY. LOVED BY FEW.

Ever since I was first unleashed on an unsuspecting public in 1997, I have believed pandering to the lowest common denominator represents the height of tyranny. In my unprecedented and uncompromising celebration of intensity, I openly challenged these commodity beer overloads and their multi-million dollar ad campaigns.

In 2016, I will once again find a way to wreck havoc amongst them on their own turf, in their own preferred method of distribution. The can. Unlike the fizzy yellow facsimiles of beer, while I may be canned—I will never be contained. I am Liquid Arrogance. 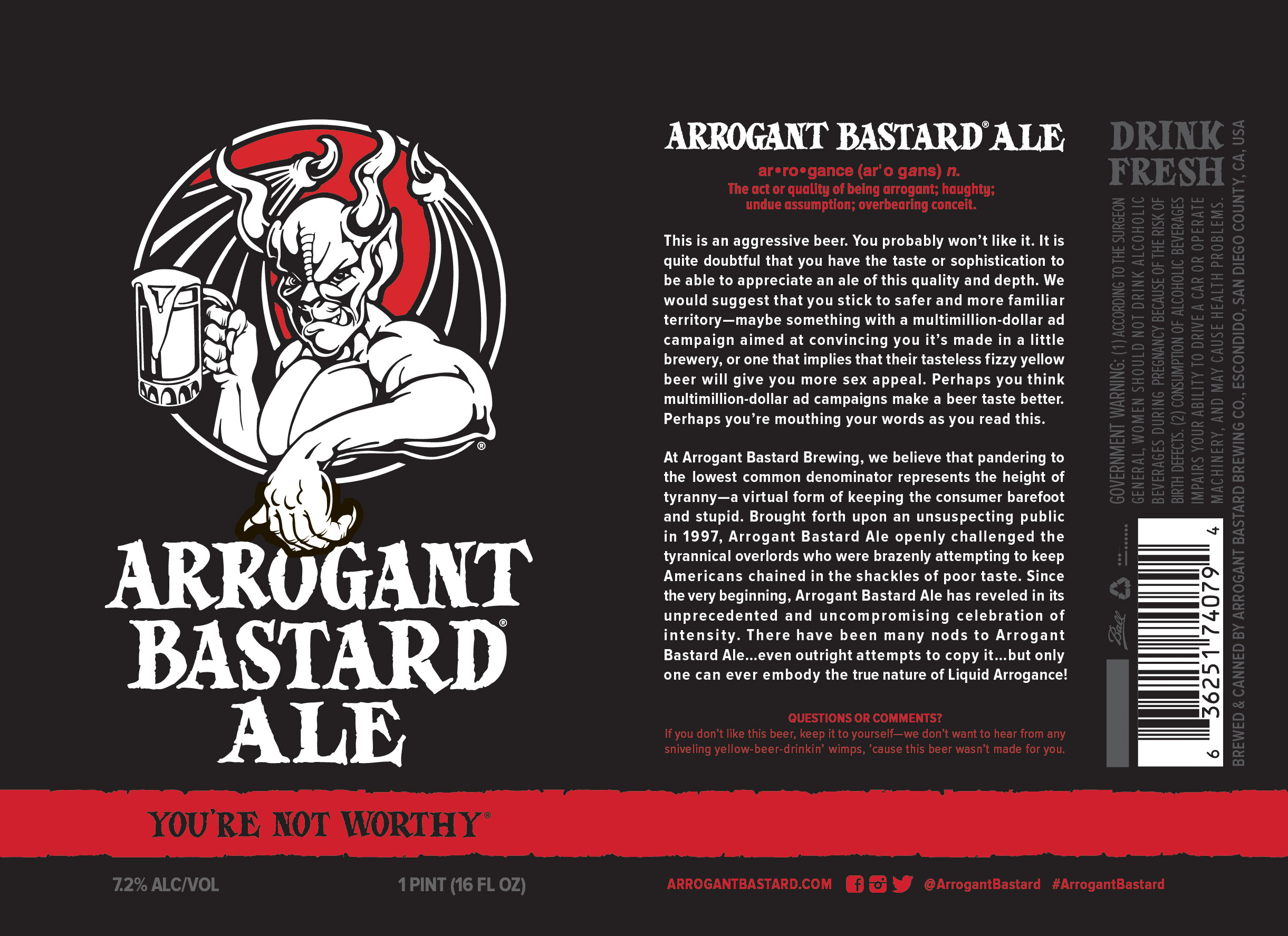