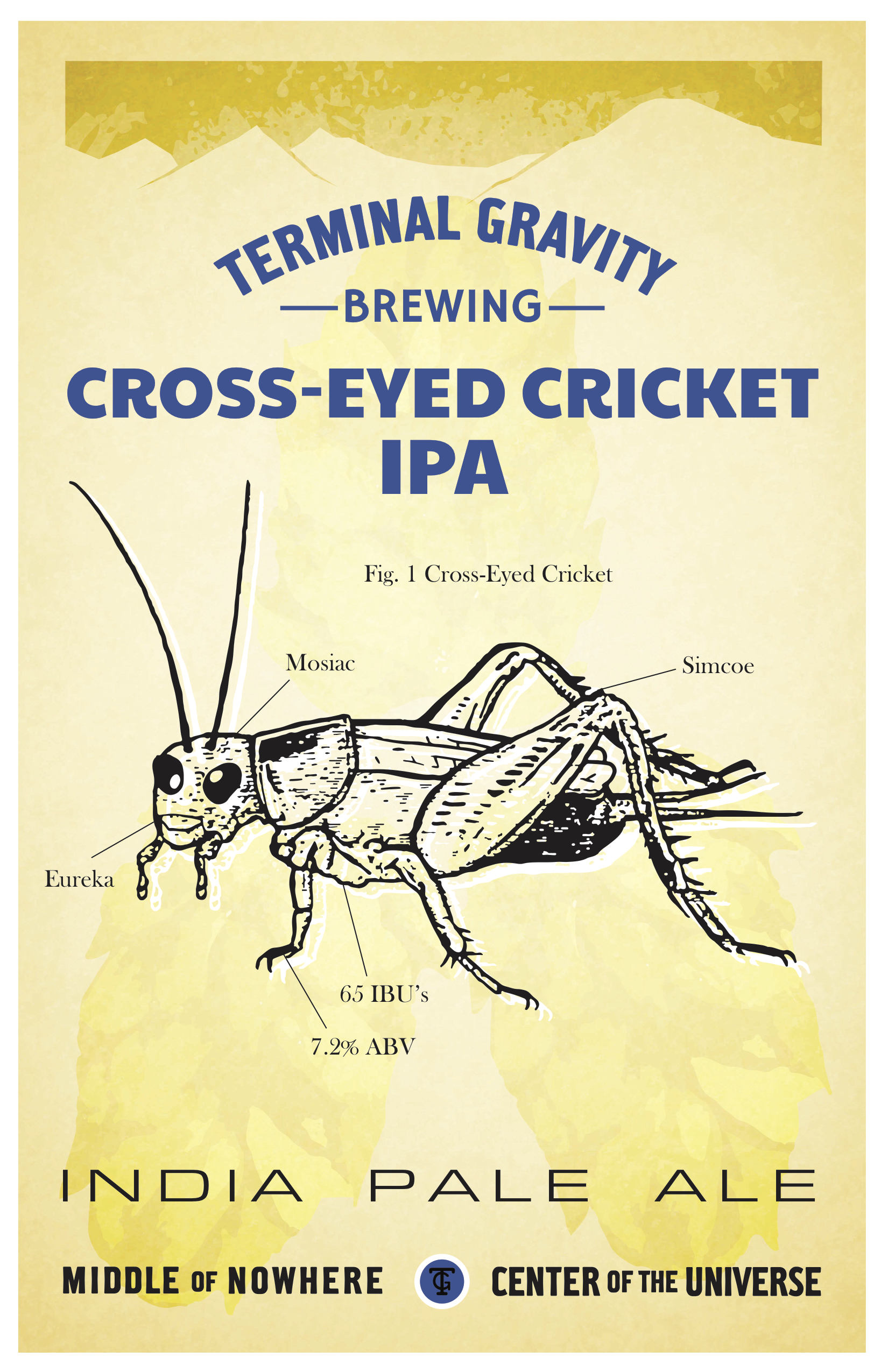 Cross-Eyes Cricket IPA combines Eureka, Simcoe, and Mosiac hops that are said to boast huge pineapple and passion fruit aromas. Gentle notes of piney citrus round out the generous hop profile. Cross-Eyed Cricket IPA is bright; golden in the glass with a crisp bitterness throughout while perfectly placed at 65 IBUs and 7.2% ABV.

Beginning this week Cross-Eyes Cricket IPA will be available through Point Blank Distributing in Portland and the surrounding area, along with Kendall’s Pioneer Distributing in the SW Washington area. If you’re up for it, venture to Wallowa County’s first and only brewery, where the pints are perfectly paired with local beef from 6 Ranch.

Terminal Gravity Brewing distributes its beer in bottles and on draught throughout the states of Oregon, Washington and Idaho, and recently expanded its market presence to Montana.