This past weekend Bend, Oregon’s newest brewery Boss Rambler Beer Club made its debut. But it wasn’t in Bend where the brewery led by two former Crux Fermentation Project employees and one ex Boneyard Beer employee; it was the Hazy Daze fest at Lardo in Portland.

Boss Rambler Beer was founded by the husband and wife duo of Matt and Kate Molletta and Jacob Bansmer, all from the Bend craft beer community. Matt and Jacob met when working at Crux while Kate spent a four years working at Boneyard Beer in marketing prior to her launching here own business Swig Rig.

“Jacob and I hit off after connecting a few times to just talk beer,” said Matt. “He’s extremely knowledgeable having graduated from OSU’s Fermentation Science program and was highly regarded by the brewing team at Crux. I knew what he was capable of in terms of brewing and he was anxious to have creative freedom in brewing his own recipes.”

Though the name of the brewery includes club in it, Boss Rambler Beer Club is not a beer club but a brewery that is excited to be part of the Central Oregon beer scene. “We’ve always prided ourselves on living our lives to the fullest, seeking out good times and enjoying life on the go,” said Matt. “Boss Rambler exemplifies that spirit and is homage to all of our friends and family that do too.” 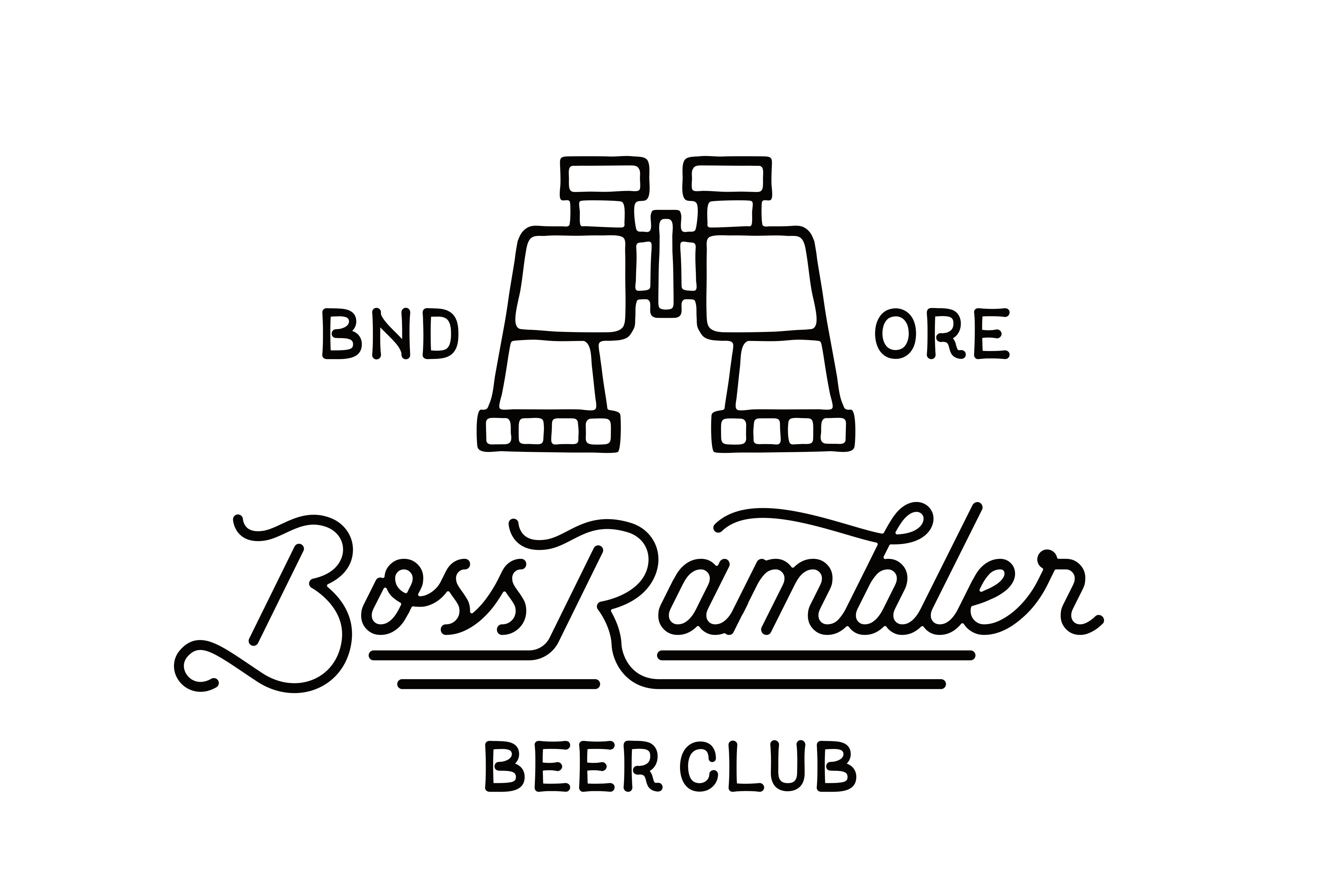 The goal of the brewery is pretty simple. “My wife Kate and I have been in the beer scene for a bit now, myself 6 years at Crux and her 4 years at Boneyard before starting the Swig Rig here in Bend,” stated Matt. “We’ve always wanted to branch out and start a venture of our own, with a focus on working alongside and collaborating with the friends we’ve made over the years. The community here in Bend has always been so good to us so we’re excited to create a beer club that they can come to for a good time and good beers from not only Boss Rambler but also friends we’ve made along the way and will continue to make.”

As Boss Rambler Beer Club waits on operating a brewery of its own, its currently brewing its beers at Silver Moon Brewing in downtown Bend. The brewery’s goal is to open a brewery on a farm north of Bend in the town of Tumalo. Boss Rambler has secured the property but is now in the waiting phase as it waits on a land use decision. Their goal is to grow hops and other ingredients on the farm for a true farmhouse brewery but one that brews a plethora of beer styles.

But for now Jacob is brewing at Silver Moon. “Matt and James at Silver Moon have been great in allowing us to get some beer in the tank,” said Matt. “We’ll continue to utilize Silver Moon while we also work on collaborations with our brewing friends.”

For those of you that attended Hazy Daze at Lardo this past weekend you may have had the opportunity to drink the first beer released from Boss Rambler Beer Club. ALOHAze is a double-dry hopped Hazy IPA with huge tropical fruit notes.

“I’ve had a longstanding relationship with Nick and Rick (of Lardo) and really dig what they’re doing,” said Matt. “When Nick asked us to be apart of the event it was a no brainer to say yes and a great opportunity to pour alongside some of the top breweries and friends.”

In the coming days Boss Rambler Beer Club will begin taking over the soon to be former Aspect Boards & Brews space at 1009 NW Galveston Ave. It’s here where the brewery will operate the outdoor beer garden while the owners of Aspect begin closing the shop. The location is great as it is located next door to Sunriver Brewing – Bend and ½ block from 10 Barrel Brewing on Bend’s Westside.

This month will be a sort of trial run for Boss Rambler Beer Club at this new spot. “Essentially we’ll have a “soft opening” period while we wait on permits for what will be a complete remodel of the building and patio space,” said Matt. “Aspect will be selling off their remaining inventory while we operate the outside beer club. We’ll be pouring our first beers and also guest taps from some of our friends who make amazing beers.”

Then after Labor Day the space will temporarily close to go through a full renovation that will allow the brewery to be fully operational both insides and out. Boss Rambler may also add another element to the business.

“We’re also in talks with some friends who are amazing local roasters about adding a coffee piece to the club which we’re really excited about,” added Matt. “We’ll also have a full-time food cart. I think people are going to be beyond stoked to see what we do with the space!”

The goal is to have this renovation completed in time for a grand opening around Thanksgiving. Until then the new outdoor beer garden will be open in time for Bend Brewfest that takes place August 16-18. Hours will be 11:00am-9:00pm Tuesday through Sunday.