When Brewpublic first reported the news back on January 11th that Wayfinder Beer would be the name for Charlie Devereux’s new brewery, the goal was to open during the spring of this year. Now a few months later than originally projected, Wayfinder Beer will officially open its doors to the public on Saturday, October 1st at 11:00am.

This new project brings together Devereux and two of his friends from a couple of other local businesses. These two include Matthew Jacobson of Sizzle Pie and Relapse Records and Rodney Muirhead of Podnah’s Pit and La Taq. “We’re three entrepreneurs who came together to see what we can add to the Portland scene,” stated Devereux in a release. “The space looks great and we can’t wait to open the doors and welcome our great local audience.”

All three individuals bring different backgrounds to the new brewery and restaurant. Devereux is best known for being the co-founder at Double Mountain Brewery & Taproom. He left that partnership with Matthew Swihart back in June 2013 and has been planning his next business venture since that time.

Located in Portland’s ever-changing Southeast Industrial Area, Wayfinder Beer takes over a renovated 8,900 square foot former grain warehouse that was built over 100 years ago. The inside portion of the restaurant and bar will seat 110 guests while the raised outdoor deck that faces I-84 and New Seasons Market Central Kitchen will seat an additional 100 patrons.

When Wayfinder Beer opens on Saturday don’t expect any house-brewed beers as its 10 barrel, 4 vessel brewhouse built by local fabricator JV Northwest is not yet in operation. Instead Wayfinder Beer will be pouring a few of its collaboration beers that were brewed at 54° 40′, Baerlic, Breakside, Hopworks, and Widmer alongside some local breweries that will fill up the bar’s 16 taps.

Once the brewhouse is up and running expect a lineup of German inspired beers from brewmaster Kevin Davey, recently of Gordon Biersch Seattle. Prior to his stint in Seattle he spent time at two other award winning breweries, Chuckanut Brewery and Firestone Walker Brewing. According to the brewery’s press release the new 10-barrel system is capable of brewing up to 7,500 barrels per year.

Wayfinder Beer is more than just craft beer as its ownership brought in internationally known mixologist Jacob Grier. He is known for his appreciation of beer cocktails and even wrote a book on the subject, Cocktails On Tap. The bar itself will be managed by one of Brewpublic’s favorite bar managers, Jonathan Carmean. Over the years Carmean has been pouring some of our favorite beers at Belmont Station, Saraveza, APEX and more that are always served with a smile.

“We make everything we can from scratch,” stated Muirhead in a release when it comes to the food menu at Wayfinder Beer. Best known for his tasty barbeque at Podnah’s Pit in Northeast Portland, his menu for Wayfinder Beer will be a bit different. He has designed a beer-friendly menu of fine American cuisine while incorporating his signature style. Look for sandwiches of smoked prime rib served alongside pretzels during the daytime and then for the evening menu he’ll make use of the new custom wood-fired grill for steaks, chicken, coal-roasted vegetables, and more. 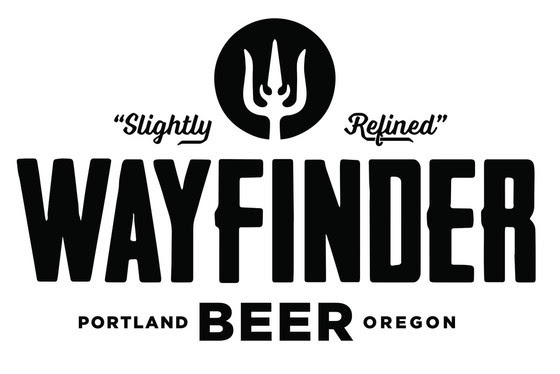