Each year, Yakima Chief Hops staff and Pink Boots Society members gather around a table filled with a wide variety of hop samples during the Great American Beer Festival in Denver. The team carefully rubs, smells and experiences each hop sample, and decides on the recipe for the blend to be released the following year. The Pink Boots Blend is then released to registered brewers prior to International Women’s Day on March 8th, and brewers are encouraged to create their own celebratory brews.

Sales proceeds from the 2018 Pink Boots Blend contributed approximately $40,000 for the Pink Boots Society scholarship fund, helping to offer educational opportunities to women in the beer and brewing industries. Educational opportunities include technical and non-technical seminars, courses and tours that empower women to advance their careers in beer and brewing professions. Scholarship opportunities are open to women anywhere in the world who are actively employed in the beer industry.

The blend is produced and sold by Yakima Chief Hops as traditional T90 hop pellets with limited availability, and $3 per pound sold will be donated to the Pink Boots Society scholarship fund. For more information, please contact hops@yakimachief.com. To place an order, visit the Yakima Chief Hops website. 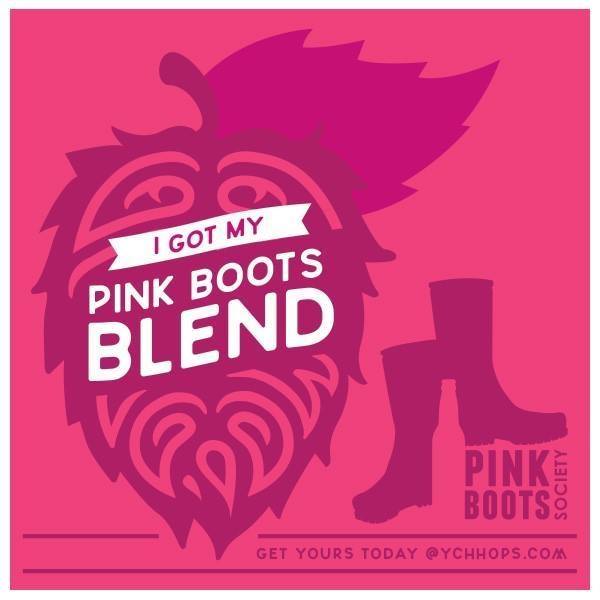