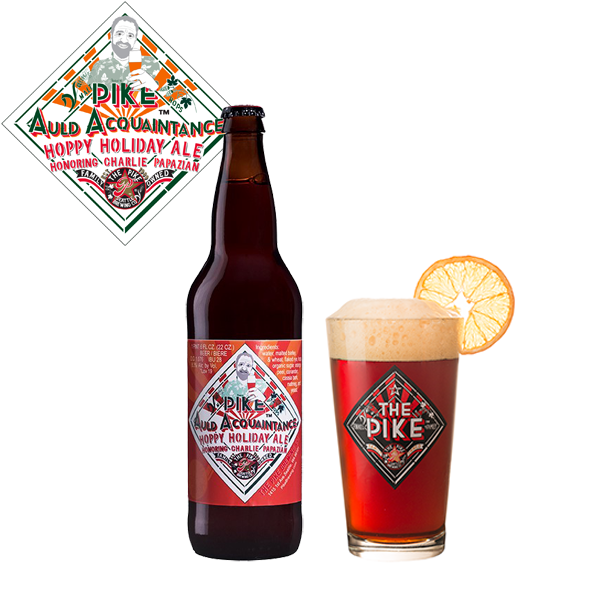 Seattle, WA: In Charles Finkels’ view, Charlie Papazian is the most influential individual in the world of homebrewing and craft beer in the world! It is for this and many more reasons that we dedicate the 2016 Pike Auld Acquaintance to our friend, Charlie.

The silver lining of Prohibition is that it taught people to brew at home –though illegally. The world of beer changed forever in 1978 when Jimmy Carter signed the law legalizing homebrewing.  That was the time that Charlie Papazian started the American Homebrewer’s Association, and later, The Brewer’s Association. At the same time Pike Brewing Company Founder, Charles Finkel, began Merchant du Vin, America’s first craft beer importer. The two became acquainted and remain friends more than 35 years later, even reviewing beers side-by-side every month for All About Beer magazine.

Their relationship continued in 1989 when Charles and Rose Ann Finkel opened Pike Brewing in the same space as Liberty Malt Supply, one of the oldest homebrewing shops in America. For several years Liberty Malt presented a homebrewing seminar called Home Brew U. Along with other beer luminaries, like Michael Jackson and Dr. Lewis from U.C. Davis, Charlie Papazian was one of the presenters. It was during those years that Charlie called Liberty Malt, “Perhaps the best home brew shop on America” and later cited Finkel as one of the pioneers of craft beer marketing in the introduction to his best-selling book, The Complete Joy of Homebrewing.

Pike Auld Acquaintance, Pike’s winter warmer, has been brewed since 1990. Originally the label featured Santa, but in 2014 actual auld acquaintances of Charles and Rose Ann’s, illustrated by Charles, became the centerpiece of the iconic label. Past acquaintances have included Jack Joyce of Rogue Brewery and British beer writer Michael Jackson.

2016 Pike Auld Acquaintance – This year’s recipe has been updated by Head Brewer, Art Dixon. The ABV has increased significantly from previous years, making it a true Winter Warmer.

Pike Auld Acquaintance is available now as a seasonal release. You can find it in 22 oz. dinner bottles and on draft. Take a look here for stores, bars and restaurants that carry Pike Brewing Company beer. 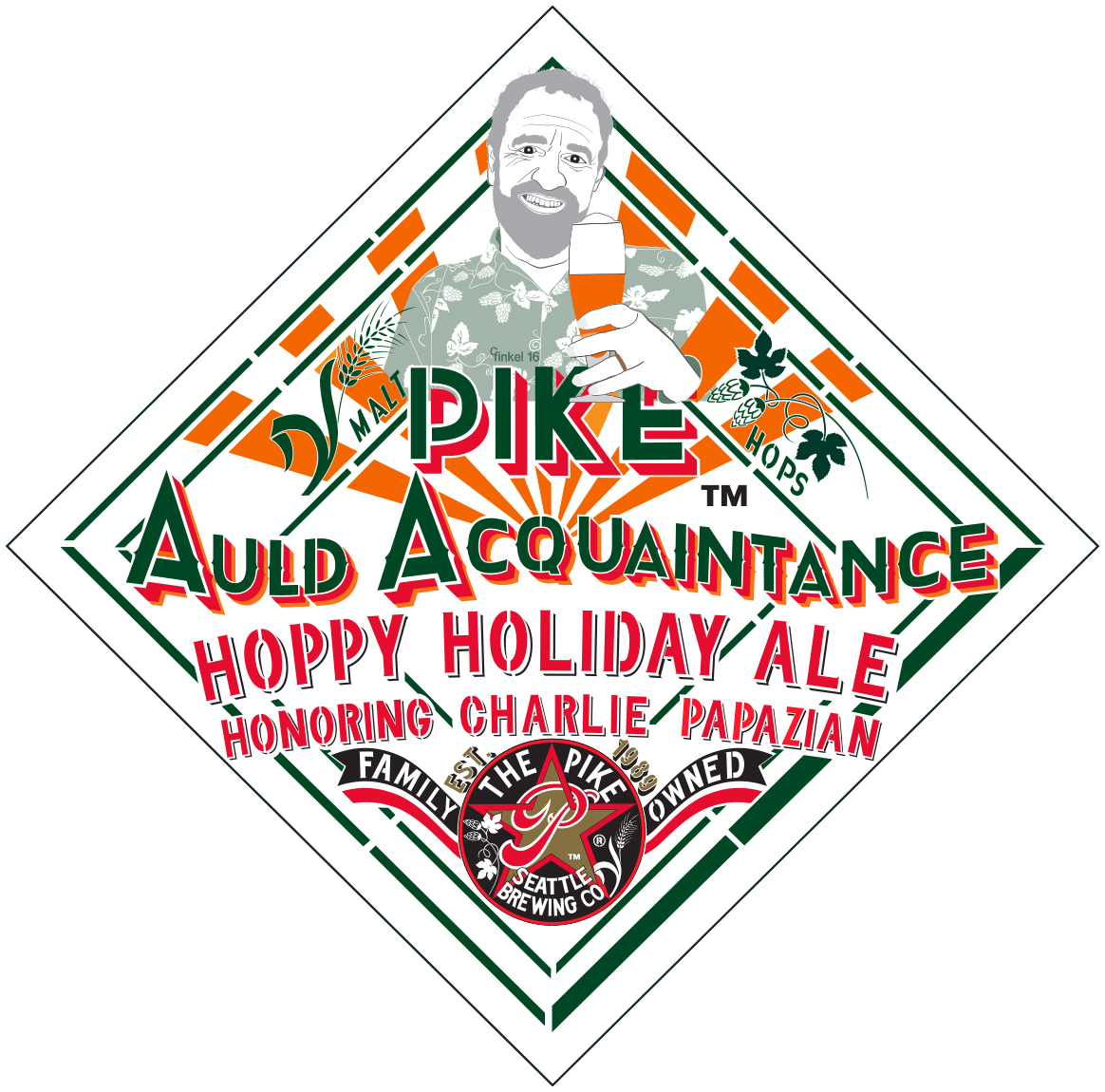