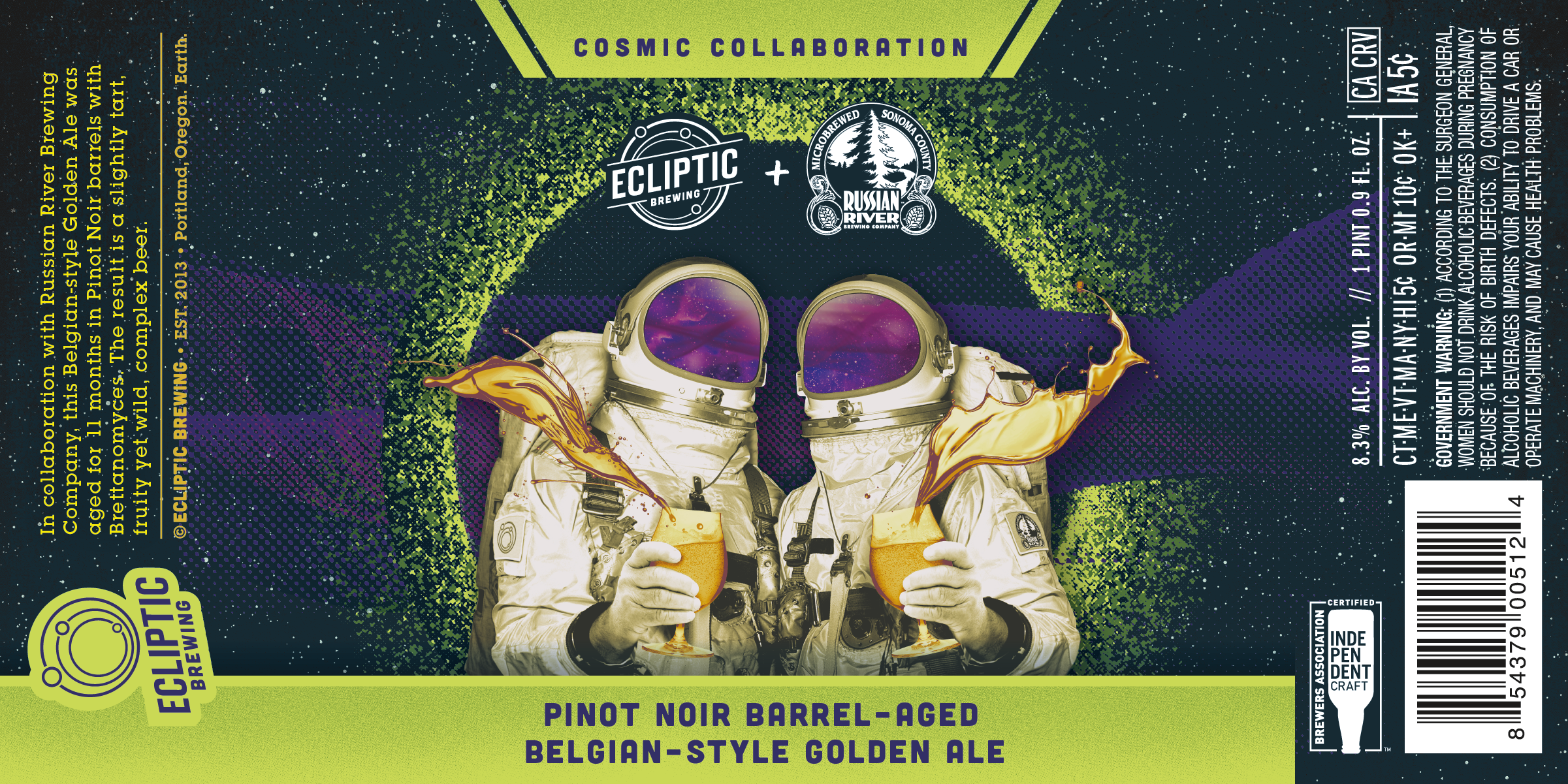 After a successful first launch last October, Ecliptic and Russian River Brewing agreed to rest some of the collaboration beer in Pinot Noir barrels. With the addition of Brettanomyces and 11 months in hibernation, the result is slightly tart, fruity yet wild, wine forward beer. Pinot Noir Barrel-Aged Belgian-Style Golden Ale sits at 8.3% ABV and 30 IBUs.

“We sent a sample of our 12 barrels down to Vinnie and Natalie [Russian River’s Owners] to taste,” said John Harris, Ecliptic Brewing Owner and Brewmaster, in a statement. “We compared notes and have come up with a blending plan for the beer. We’re excited to release a new barrel-aged project this year; it’s definitely something to look forward to.” 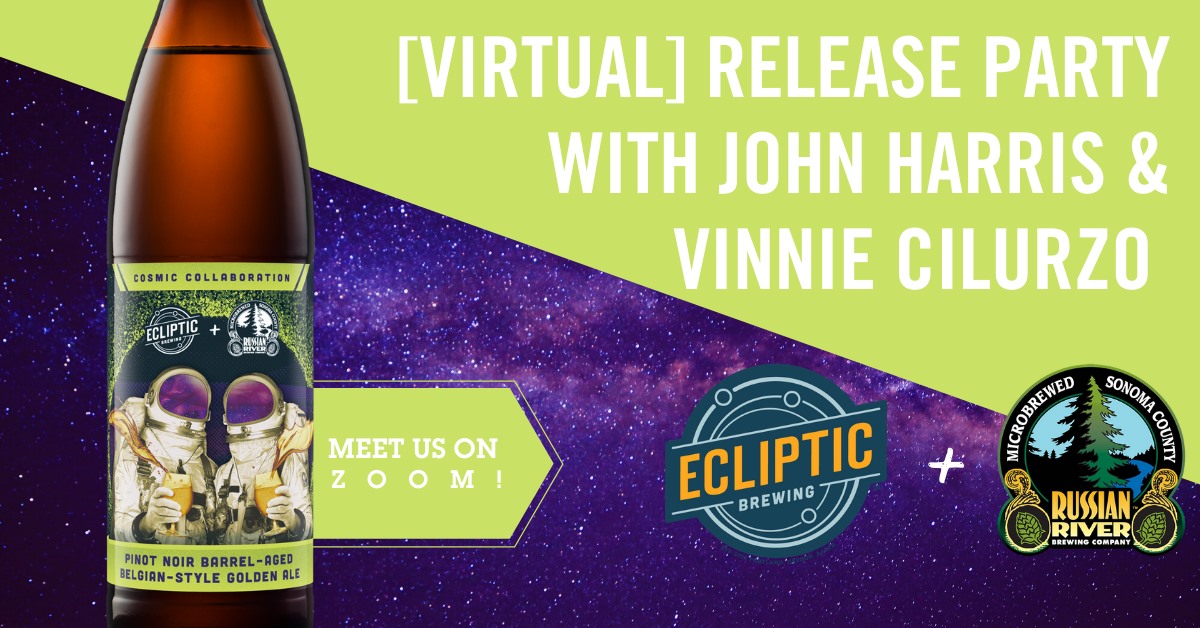 You can join in on the release from the comfort of your own home when Ecliptic Brewing will host a Virtual Release Party on October 22nd with John Harris and Vinnie Cilurzo at 5:30pm. To join, just click on the Zoom link – https://us02web.zoom.us/j/88587682166.

Pinot Noir Barrel-Aged Belgian-Style Golden Ale will be released in both draft and 500mL bottles throughout Ecliptic Brewing’s distribution network.