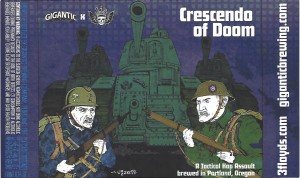 Recently Barnaby Struve from 3 Floyds Brewing visited his friends at Gigantic Brewing to collaborate on a beer to commemorate the 2015 Craft Brewers Conference. After some email exchanges on developing a recipe for this new beer, the two breweries settled on brewing a lager. The resulting beer is Crescendo of Doom, just your typical Lager with “A Tactical Hop Assault”.

The name, Crescendo of Doom, is “Based on Squad Leader which is the greatest game ever”, states Havig. For those that are unfamiliar with Squad Leader, this is a tactical board wargame that is set in Europe during World War II. Crescendo of Doom is an expansion to the Squad Leader series of games with this one concentrating on the early part of WWII that features the French and British infantry. 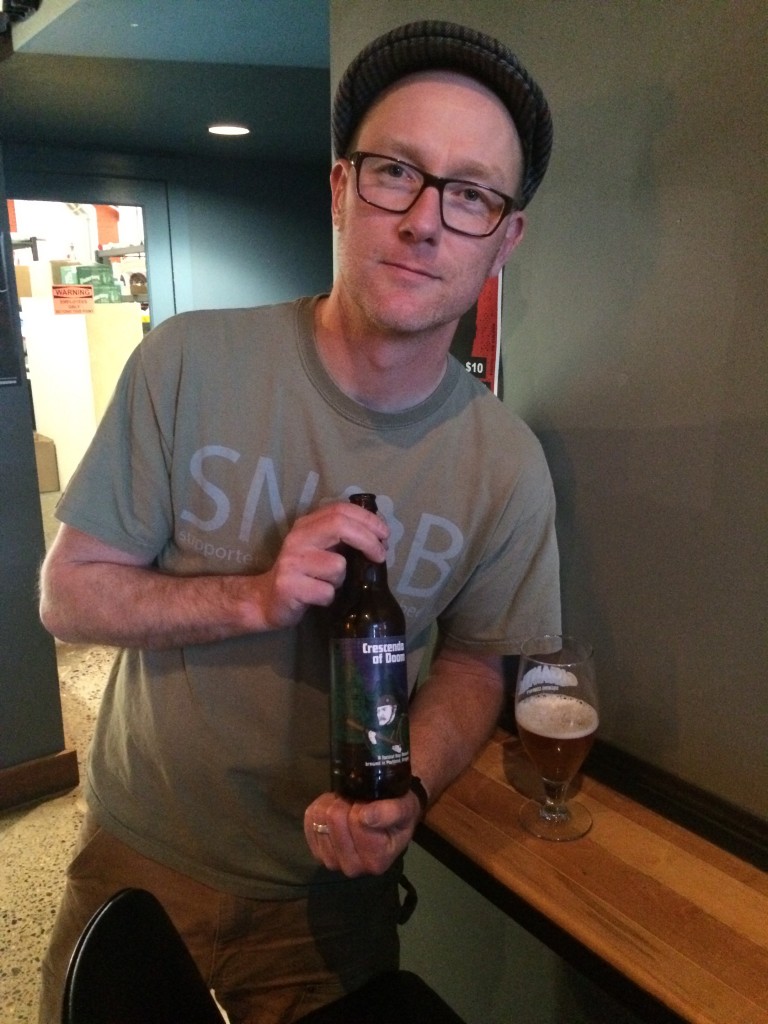 To take this a step further, the label for Crescendo of Doom features a Char B1 bis tank that was in production back from 1937-1940. When discussing the Char B1 bis tank with Havig he was very exuberant with his fascination of this artillery vehicle. Havig goes on to state that, “Nick Floyd and I are huge fans of this tank”.

Then to take the label one step further two troops on the label feature the crests of the Portland Timbers on one helmet and the other has the crest of the Chicago Fire. Both of these breweries are huge supporters for their city’s soccer teams. 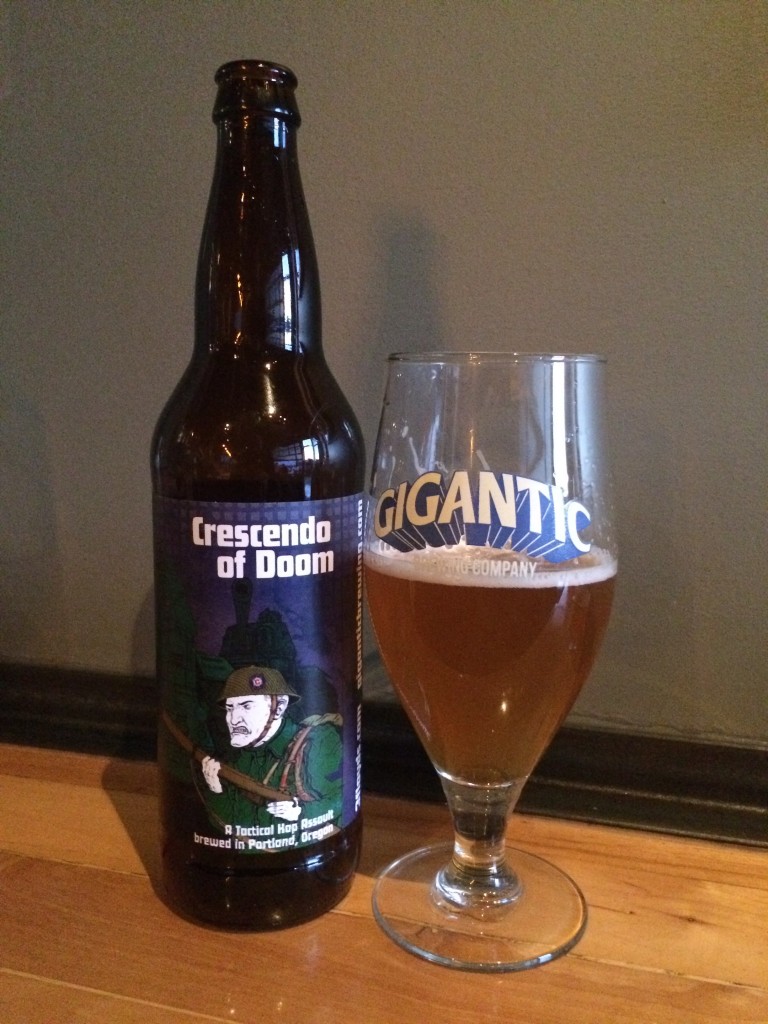 Now more about the beer itself, Crescendo of Doom is a hopped up lager. This is no big hop bomb but just a nice drinking beer that comes in at 6.3% ABV. British hops were used in the kettle and then Crescendo of Doom was dry hopped with German hops. During this dry hopping there were nearly 2 pounds per barrel.

Crescendo of Doom will be on tap starting Monday at Gigantic and will be featured at Gigantic & Friends on Wednesday afternoon at APEX.

For the bottling run at Gigantic the brewery only produced 45 cases. Bottles of Crescendo of Doom will be on sale for $5.00 per 22oz bottle and only available at the Gigantic Brewing Tasting Room.

3 Floyds is planning to brew its version of Crescendo of Doom at its facility in Munster, Indian in the near future.