ESCONDIDO, CA – Each spring, craft beer enthusiasts actually look forward to encountering the IRS—Stone Imperial Russian Stout, that is. A rich, hearty beer that emphasizes the roasty, chocolaty essence of dark malts, it stands out from Stone Brewing Co.’s typically hoppy stock, with a smooth, velvety body that’s tasty when fresh, yet also perfectly suited for long periods of cellaring. And there is more to look forward to this year: As part of Stone’s “Odd Beers for Odd Years” program (AKA another excuse to brew something new and creative), the California-based brewery is releasing a version infused with tea and spices, 2015 Stone CHAI-SPICED Imperial Russian Stout, alongside the classic version of this annual release. Starting today, the pair will begin arriving in 22-ounce bottles and on draft at bars, retailers and restaurants in markets where Stone beer is sold.

Conceived by Stone President, Co-founder and original Brewmaster Steve Wagner in 2000, the recipe for Stone Imperial Russian Stout has been tweaked very little since the beer’s debut. Black malt and British roasted barley in the grain bill give the resulting beer an opaque black color and a roasty aroma. Intense bittersweet cocoa and coffee flavors give way to hints of anise and dark berry fruitiness. Enjoy, but exercise patience—as the stout warms, its bouquet unfolds, the texture becomes smoother and roasted qualities strengthen. 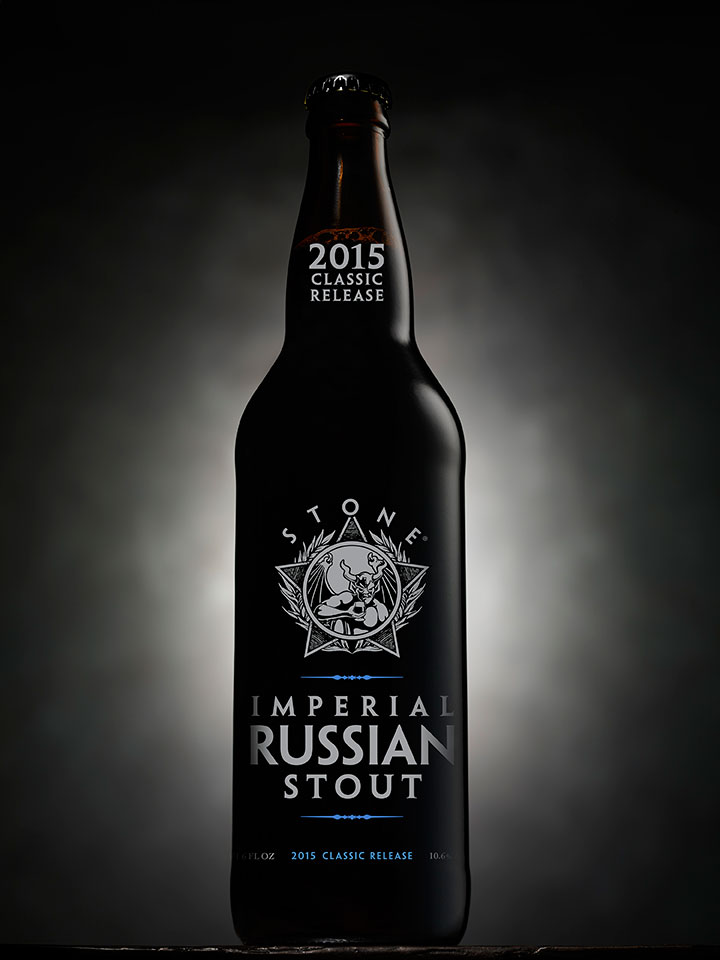 “Steve developed a fantastic recipe for Stone Imperial Russian Stout, which has become something the brewing team looks forward to making every year,” explains current Stone Brewmaster Mitch Steele. “For the 2015 ‘Odd’ recipe, we wanted to incorporate chai spices, as we loved how deliciously they combined with classic stout flavors in the pilot batches that we previously brewed. We are excited to share this unique and limited special-release beer with our fans.”

Inspired by the savory flavors and aromas of chai tea, a blend of cinnamon, cardamom, clove, ginger, black pepper and black tea was blended with batches of Stone Imperial Russian Stout, post-fermentation. The aroma primarily showcases the spice and tea qualities, followed by mild clove and roasted barley characters. 2015 Stone CHAI-SPICED Imperial Russian Stout carries rich cinnamon, ginger and cardamom characteristics, followed by flavors of sweet tea as well as coffee from the base beer. As it warms, cocoa and coffee notes will balance out the piquant tea-and-spice medley. 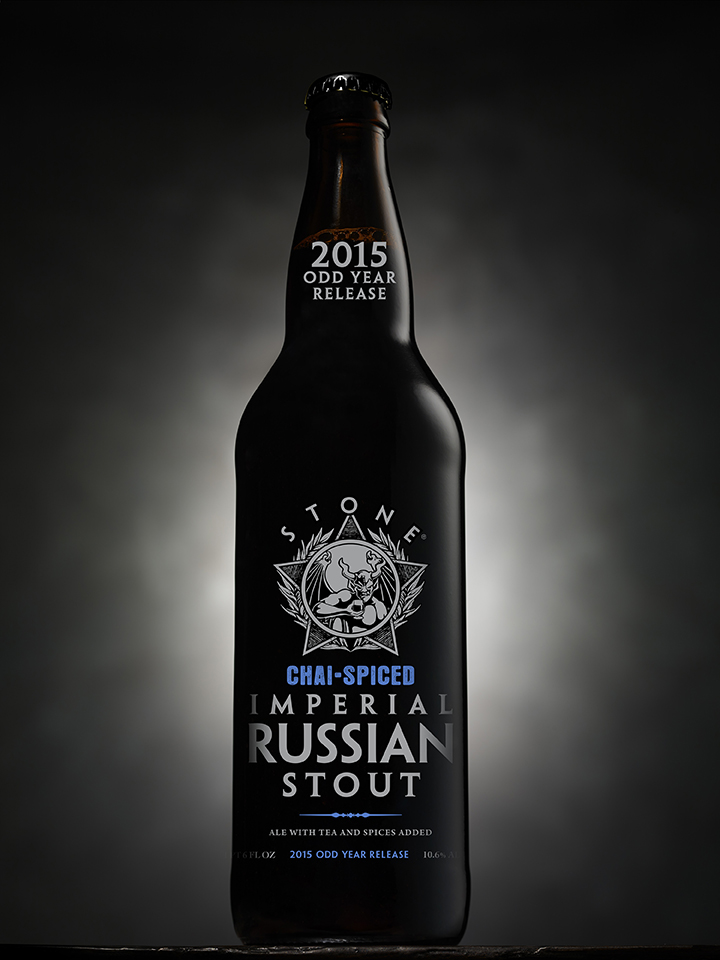 Both 2015 Stone Imperial Russian Stout and 2015 Stone CHAI-SPICED Imperial Russian Stout are ready to be enjoyed fresh, or fans may store them at proper cellaring temperatures (55°F or lower) for several months or even years. The spice and tea qualities from the “Odd” version will mellow over time. As both beers mature, the malt flavors will become richer and more refined.

Appearance: Beer pours dark brown with a deep tan head.
Aroma: Cocoa and coffee flavors dominate, along with bourbon-like oak notes, fruity fermentation esters and some yeasty breadiness.
Taste: Bittersweet cocoa and coffee flavors are the most prevalent, plus fruitiness and hints of anise and yeastiness, which are followed by a smooth, balanced, slightly astringent, bitter finish. As it warms and opens up, the beer becomes smoother and the roasted flavors strengthen.
Palate: This beer is extremely full bodied and smooth, with a hint of alcohol heat.
Overall: We haven’t changed this recipe much from the original version that Stone President & Co-founder Steve Wagner created in 2000. It’s a fantastic beer, and we love brewing it every year!

Appearance: Beer pours dark brown with a deep tan head.
Aroma: Cinnamon, cardamom, ginger and tea qualities dominate the aroma, followed by hints of clove, roasted malt, cocoa and coffee-like aromatics.
Taste: Deep, rich cinnamon and ginger combined with cocoa, roasted malt notes, strong cardamom and hints of clove and black pepper, finishing with a strong, slightly sweet tea and coffee flavor. As it warms, the cocoa and coffee flavors balance out the spices.
Palate: This beer is extremely full bodied and smooth, possessing a spicy tang and hint of alcohol heat.
Overall: Our QA guru Rick Blankemeier introduced us to brewing with chai spices several years ago when he brewed a chai stout on Stone’s pilot system. Since then, we have brewed his creation a couple of times. Most recently, Rick and Liberty Station Brewing Manager Kris Ketcham brewed a version at Stone Brewing World Bistro & Gardens – Liberty Station. The chai-spice and stout combination is something we really enjoyed, so we decided to use the spices for this year’s “Odd Years for Odd Beers” version of Stone Imperial Russian Stout. The spices and tea are very prominent now, and I fully expect that they will subdue and mellow over time.