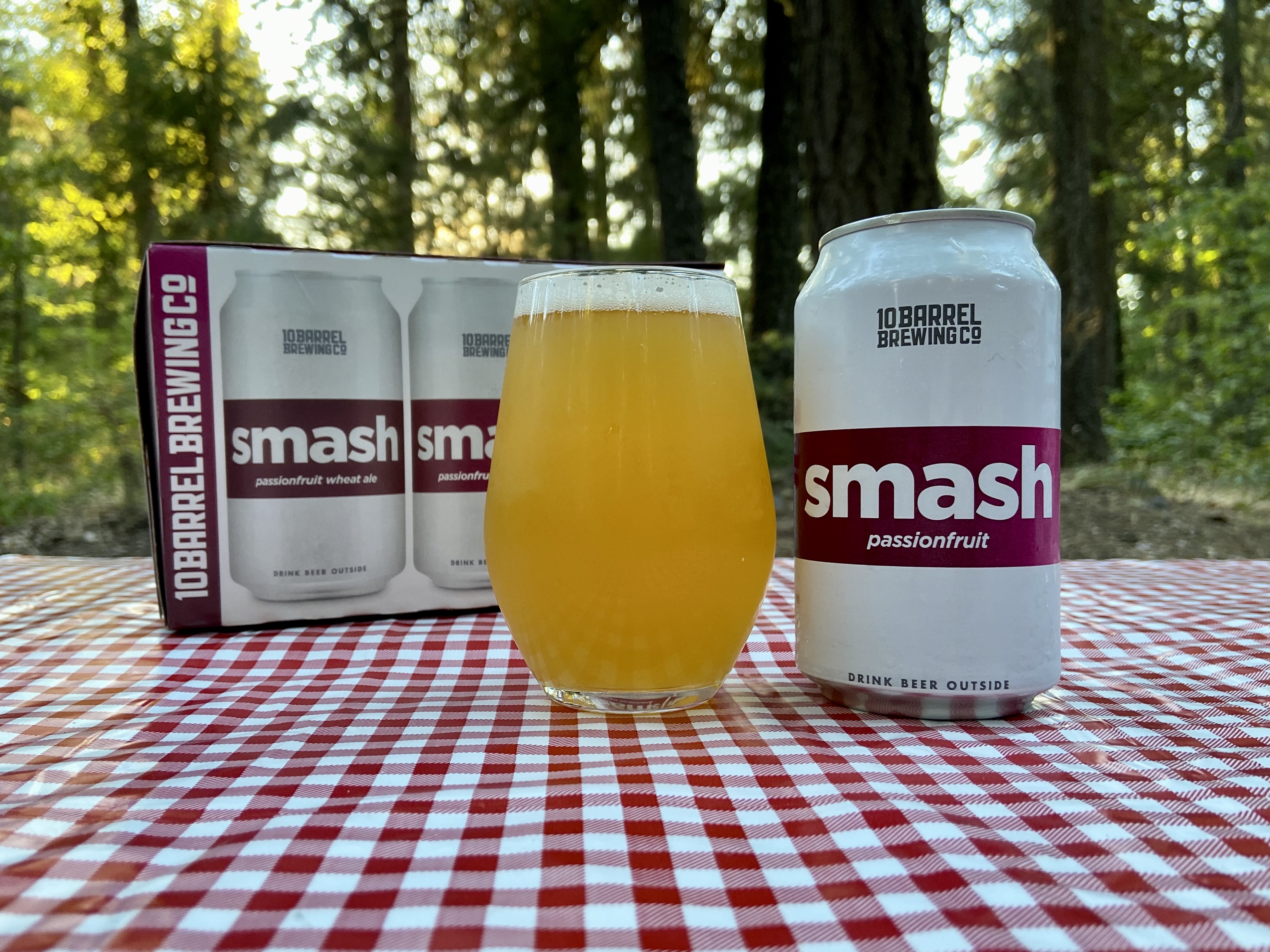 A new fruit beer from 10 Barrel Brewing is out in the marketplace. Smash Passionfruit Wheat Ale is a throwback to many fruit beers of yore that is now available in six-pack, 12oz cans.

Two years ago at the World Beer Cup, 10 Barrel Brewing entered a beer named Passionate Envy Fruit Wheat Beer that went home with a Silver Award in the Fruit Wheat Beer category. Now a few years later the Bend, Oregon brewer has released this beer on a much larger scale and with a new name.

Smash Passionfruit Wheat Ale is a sessionable fruit wheat beer that takes one back to the earlier days of craft beer but with a slight twist. Smash uses a blend of fresh passionfruit with a light wheat ale to create a beer that is bursting with tropical fruit aromas and flavors but with a slight bit of tartness. The beer pours a hazy golden color with a thin head and a tartness that is faint, perfect for a newbie into this style. Smash is a perfect refresher this summer as it sits at a crushable 4.7% ABV and 10 IBUs.