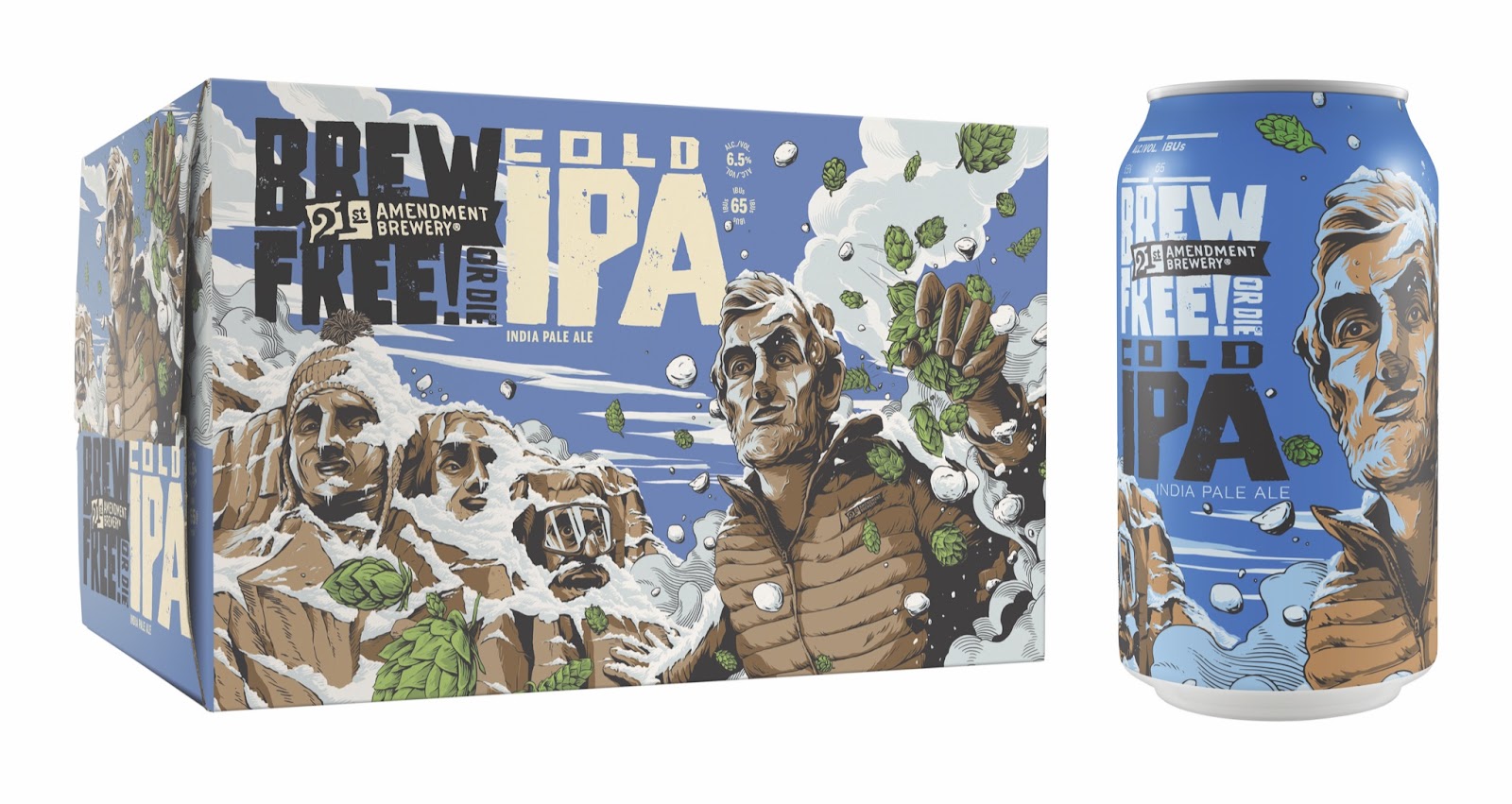 “Cold IPA is a brand new style and it’s been really fun to be on the edge of innovation for this one,” said Nico Freccia, 21st Amendment COO and Co-Founder. “It’s such an easy drinking beer but still so flavorful. I can’t wait for people to try this beer and then get out there and shred life.”

As with the other beers in the Brew Free! Or Die family, the new Cold IPA has a label and packaging that depicts Abe Lincoln on it. By on this one, Honest Abe is dawning his puffer coat, ready for the winter adventures that await him.

“Brew Free! Or Die Cold IPA has clean, crisp, bright malt and hop flavors that embody everything we like about craft beer and the beers we are drawn to drink regularly,” said Shaun O’Sullivan, Co-Founder and Brewmaster at 21st Amendment Brewery. “Have you been looking for a beer that takes you to a place of flavors and incredible drinkability? Well, our cold IPA will take you there especially after a day on the slopes skiing, snowboarding, or just chilling with your friends. It goes down easy and makes you want another.”

Brew Free! Or Die Cold IPA is now available through April 2023 in 6 packs and draft in all 34 states where 21st Amendment distributes. For more information and to find some using their beer finder, visit www.21st-Amendment.com.