Since both breweries are well known for its appreciation of all things hops, the two Southern California breweries decided it would be best to brew an IPA but with a twist. Since Modern Times also roasts coffee, making a Coffee IPA was a no brainer.

Stone and Modern Times legends go way back. A core group of Modern Times team, including Founder and CEO Jacob McKean, branched out from the ranks of Team Stone years ago, hence a shared passion for the resinous green buds. Stone Distributing Company is the proud SoCal distributor of all Modern Times beer. And speaking of hops, both organizations are members of the Hop Quality Group, a super nerdy group of craft breweries dedicated to the maintenance and improvement of hop quality. If we lost you there, no sweat. Fantastical utopias are far more exciting than science. Suffice to say, two rad companies brewed one boundary-pushing, flavor-packed beer and now it’s all yours. 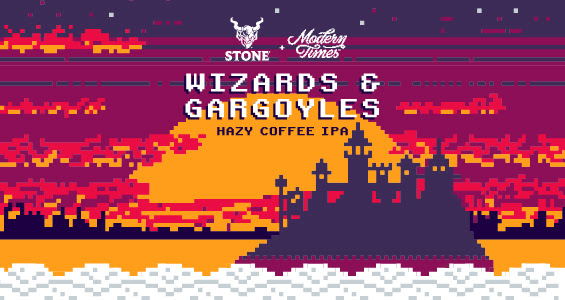