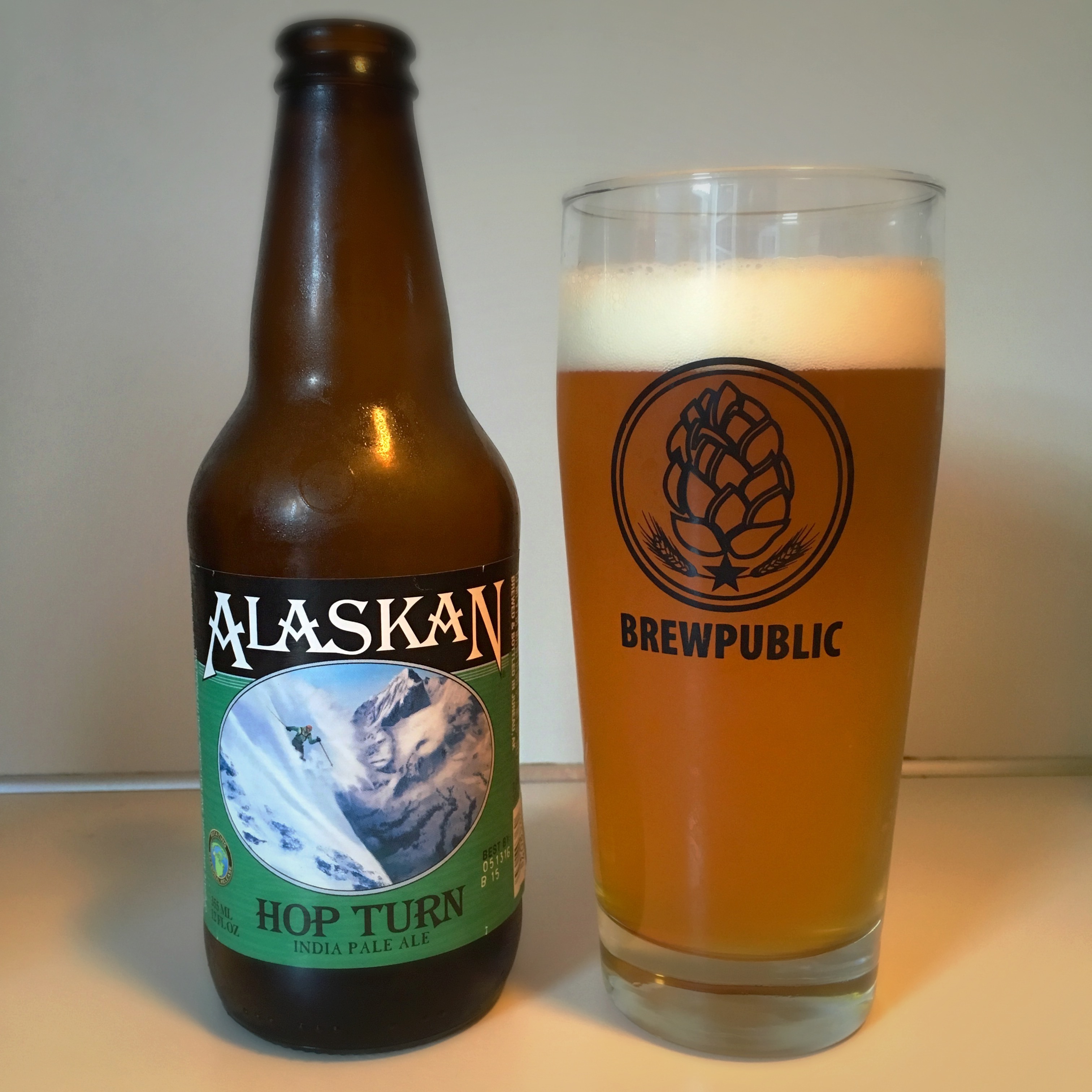 Being outdoors is part of the lifeblood for any Alaskan and even the cold, dark winter is no exception. The winter season in Alaska often involves skiing and Alaskan Brewing has recently released its latest seasonal that takes its name from the advanced ski technique developed in the Alps in the 1970s known as a hop turn. Now this same technique is being used in Alaska just as Alaska Brewing releases Hop Turn IPA, the new winter seasonal.

This new IPA lives up to its name as Hop Turn IPA takes a new direction from the popular currently trending IPAs to use ingredients that are more commonly used in Germany. “We wanted to do a German-style IPA, which doesn’t really exist,” Alaskan brewer Greg Morgan said in a news release. “So we used German-style malts and hops. Often an IPA implies assertive hops, but this one is more subtle in character — it’s clean, without super long, lingering bitterness. It has more of a soft malt, soft hop character with a clean, bracing finish.”

“We first brewed Hop Turn on our in-house one-barrel system, which is a great place for us to play with different concepts and ingredients,” said Morgan in the news release. “The combination of Pilsner, Vienna and Munich malts, gives a light body and crisp finish, and the Magnum and Sterling hops lends a floral, peppery and lemony aroma and flavor. It has a lot of hop flavor, but it isn’t overly bitter, which is why we started calling it a German IPA.”

Hop Turn IPA will be available through spring in all 17 states where Alaskan Brewing distributes. For more information, check out Alaskan Brewing’s website at www.alaskanbeer.com.