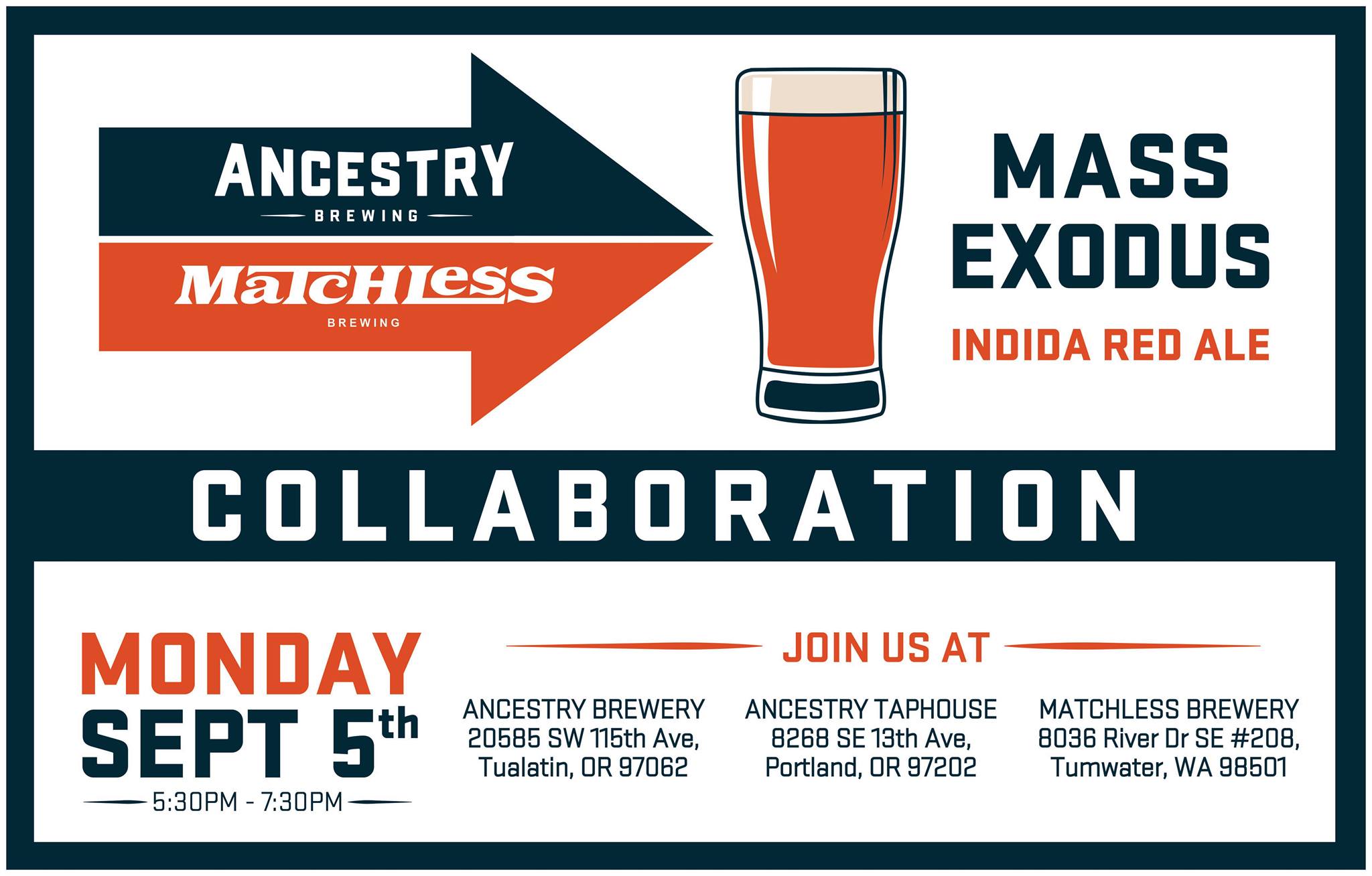 Last month Ancestry Brewing from Tualatin teamed up with Matchless Brewing from Tumwater to brew a collaboration beer. Tonight Bridgetown Beerhouse will host both breweries for the release of Mass Exodus IRA from 5:30-7:30pm.

Ancestry invited Matchless to brew a collaboration offering a juicy, hop forward profile with a unique malt bill. The decision was made to use flaked rye and RedX malt to offer a dark mahogany appearance along with rye pepper spiciness and light toast backbone. Then when it came to the hops to be used the two breweries decided upon Mosiac, Citra and Sorachi Ace Hops to bring forth a beautiful lemon, mango, and light spice character.

Find out for yourself tonight at Bridgetown Beerhouse when the North Portland taphouse taps Mass Exodus IRA.