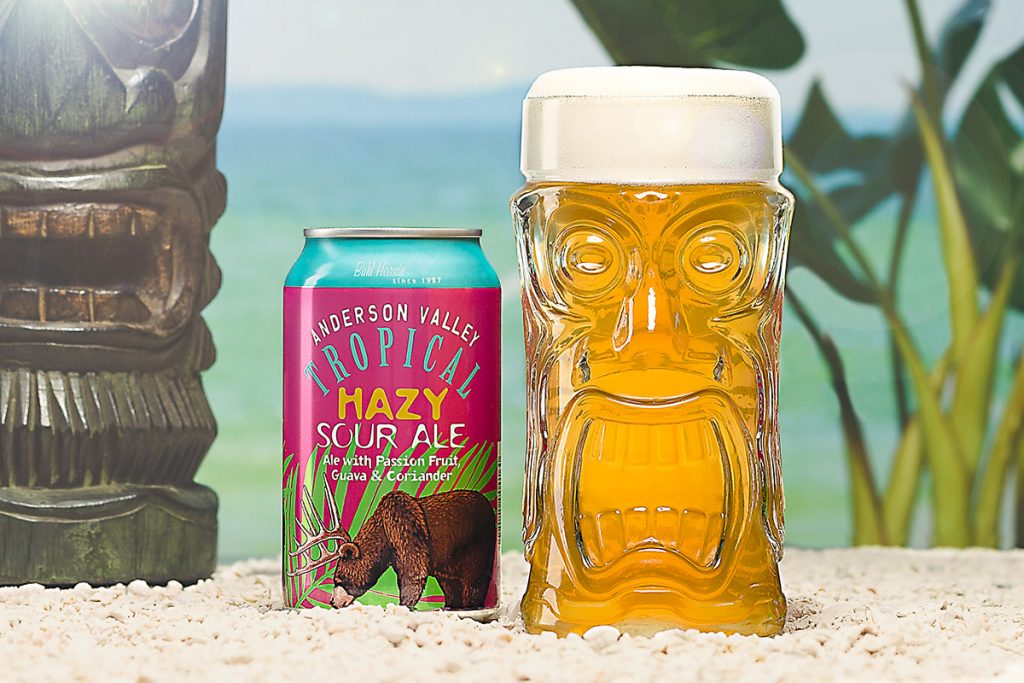 Well known for its series of fruited Gose beers, Anderson Valley Brewing Co. has expanded this lineup as it combines this tart beer style with the trendy hazy style on the new Tropical Hazy Sour Ale. But it doesn’t just end there as this new beer is also low calorie and low carb beer, perfect for the active lifestyle.

Tropical Hazy Sour Ale is brewed to be satisfyingly tart and refreshing from its traditional kettle souring method. This is the same method Anderson Valley Brewing Co. (AVBC) has mastered over the years on its Gose series of beers that has been led by Brewmaster Fal Allen. He even penned a book on the subject, Gose: Brewing a Classic German Beer for the Modern Era.

In brewing Tropical Hazy Sour Ale, AVBC introduced tropical flavors in the fermentation process through the use of real guava and passion fruit. Then Allen decided to leave the beer hazy to allow the Gose to offer a more aromatic beer as it added to the overall balance of the beverage.

Tropical Hazy Sour Ale is also a low-calorie and low-carb beer, a beer style that is trending in the beer community these days. The beer is 125 calories, 9g of carbs and a low 4/3% ABV. A perfect beer for the active, outdoor lifestyle that these folks are seeking out.

To locate Tropical Hazy Sour Ale or any other AVBC beer use the AVBC Beer Finder.