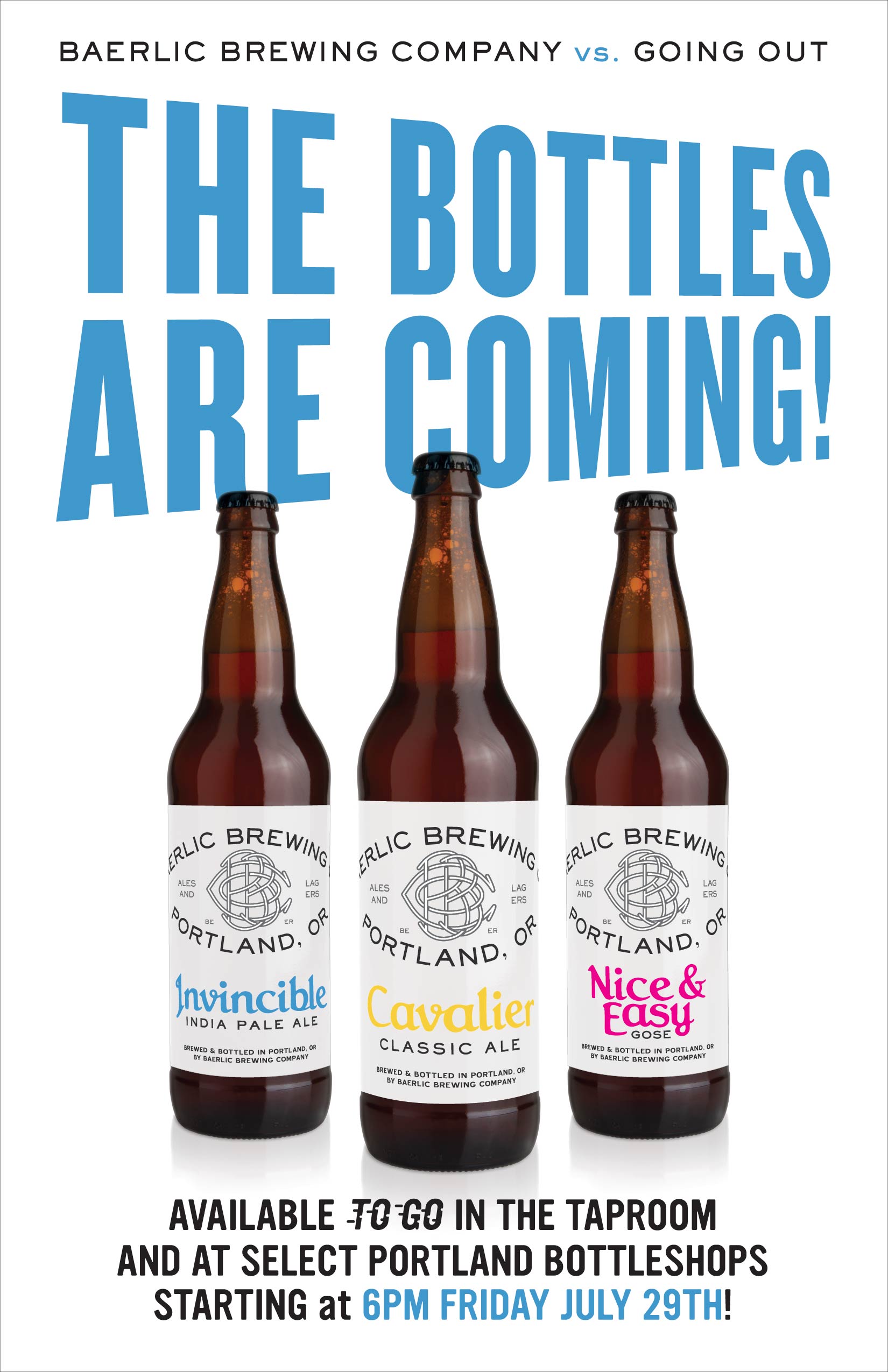 Just in time to close out Oregon Craft Beer Month, Baerlic Brewing will release its first bottles in the 22 oz format that will venture outside of the brewery. In the past the now two-year-old brewery has released a few special releases in 500 ml bottles but this will mark the brewery’s first venture into the more common 22 oz format for three of its beers. Look for Cavalier Classic Cream Ale, Invincible IPA, and Nice & Easy Gose in this new format.

Here is a list of retailers that will be selling Cavalier Classic Cream Ale, Invincible IPA, and Nice & Easy Gose from Baerlic Brewing.

Look for additional retailers to come in the coming weeks and months.