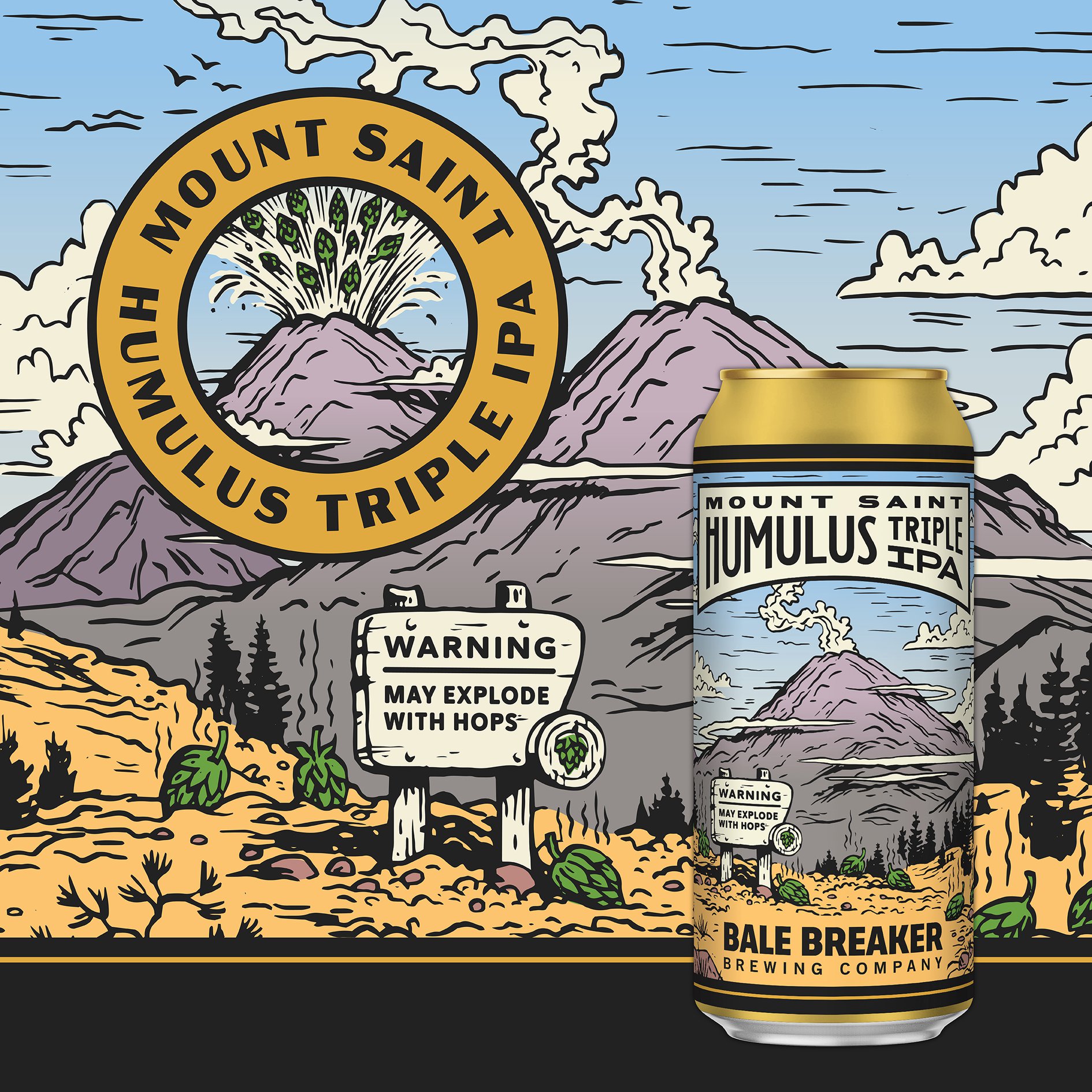 Originally brewed in 2015 as part of the Washington Hop Mob, Mount Saint Humulus Triple IPA has become a spring-time staple for the Yakima Valley brewery, and for the first time this year will be put in cans to be enjoyed at home – the ideal setting for this robust beer.

“Mount Saint Humulus is the first Triple IPA we brewed, and we’ve spent the last few years refining the recipe to make sure it hits with an explosion of hop aromas in each sip,” says Bale Breaker Co-owner & Brewmaster Kevin Smith.  “With a 10% ABV and 80 IBU rating, this year’s batch smells like a fresh bag of the finest Yakima Valley hops: citrus, tropical, blueberry, apricot, floral & grassy aromas with smooth bitterness.”

Dank like the smell of pouring hop pellets fresh out of the bag on brew day: intense explosion of fruity, floral, and dank pine aromas. Medium-full mouthfeel with balanced sweetness, intense bitterness, and a light boozy burn that lets you know you’re drinking a Triple IPA.