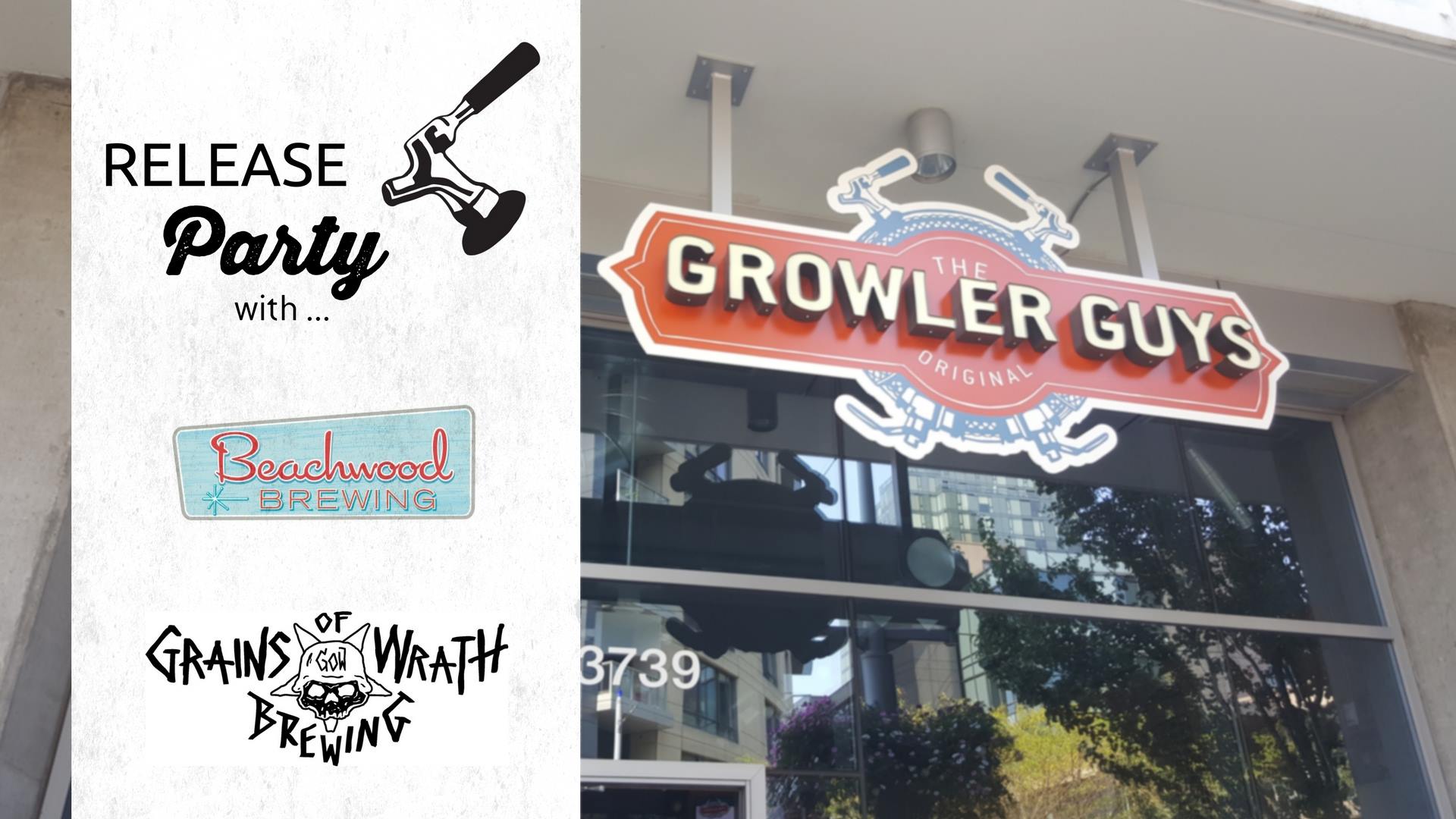 As Grains of Wrath Brewery in Camas, Washington continues its build out, it continues to brew collaboration beers with its friends in the brewing industry. For the brewer’s latest collabo it partnered with award winning Beachwood Brewing from Long Beach, California to craft Willful Misconduct IIPA.

This beer along with four other Beachwood Brewing beers will make its way to Portland via Day One Distribution for a release party on Saturday, November 18th at The Growler Guys – SE Portland. From 5:00-8:00pm join Mike Hunsaker from Grains of Wrath for the tapping of Willful Misconduct IIPA.