Challenge Series #19 is a hazy IPA with a fruit-forward and juicy characteristics. This new releases is brewed with Two-Row, Superior Oat Malt, White Wheat Malt and Bru Malt and is hopped with Chinook, Calypso, Comet and Bravo for a citrusy finish.

“Challenge #19 is all about maximum fruit flavor and aroma using a distinct hop blend,” said Bear Republic Brewmaster Roger Herpst, in a statement. “This recipe yielded excellent flavors and aroma of musky melon, ruby red grapefruit, and reminds me of peeling a fresh tangerine. No fruit was added– just a little bit of hops in the boil, and a metric boatload in the whirlpool and dry hop additions. If you’re looking for a crowd pleaser, look no further than Challenge Series #19.” 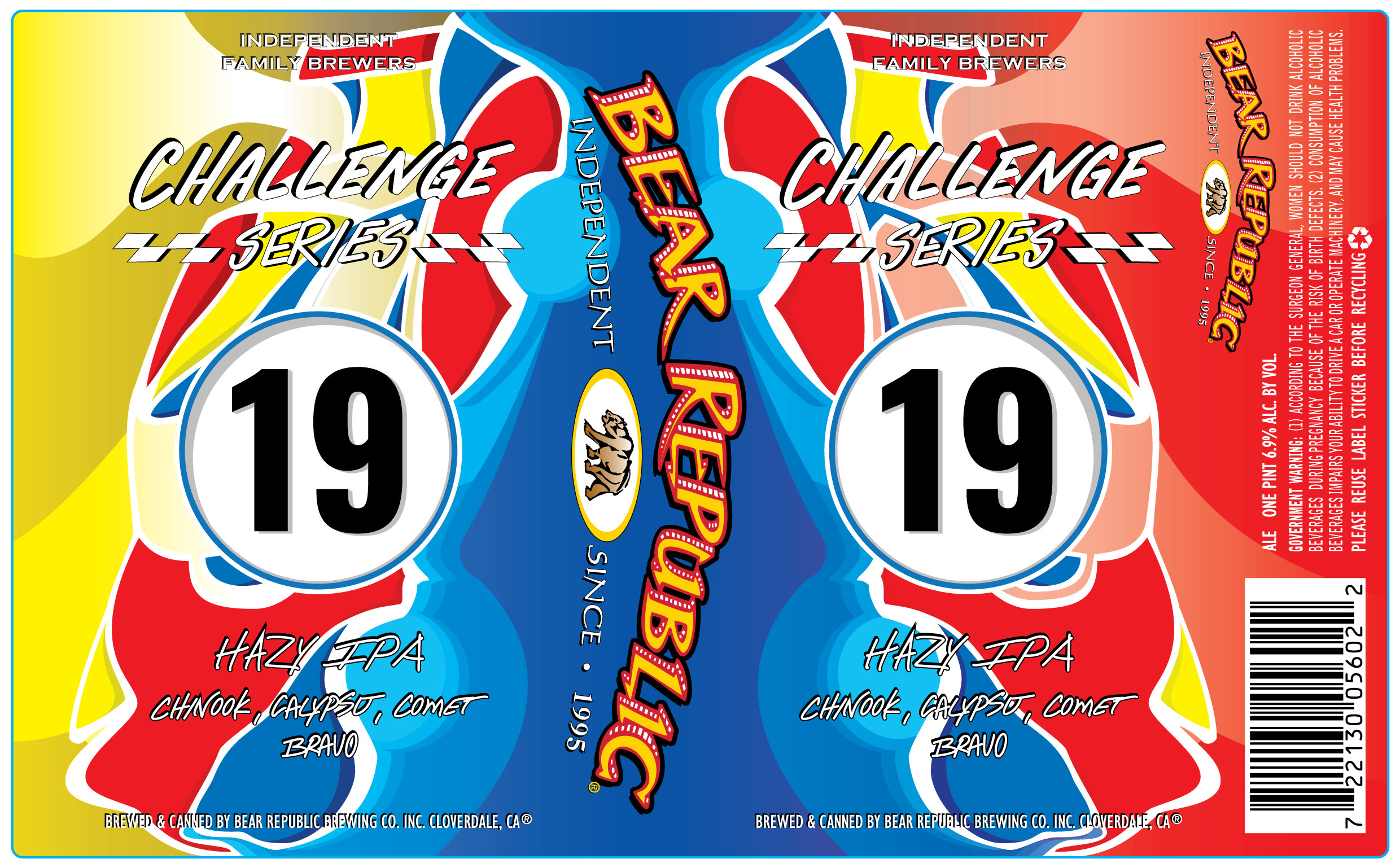