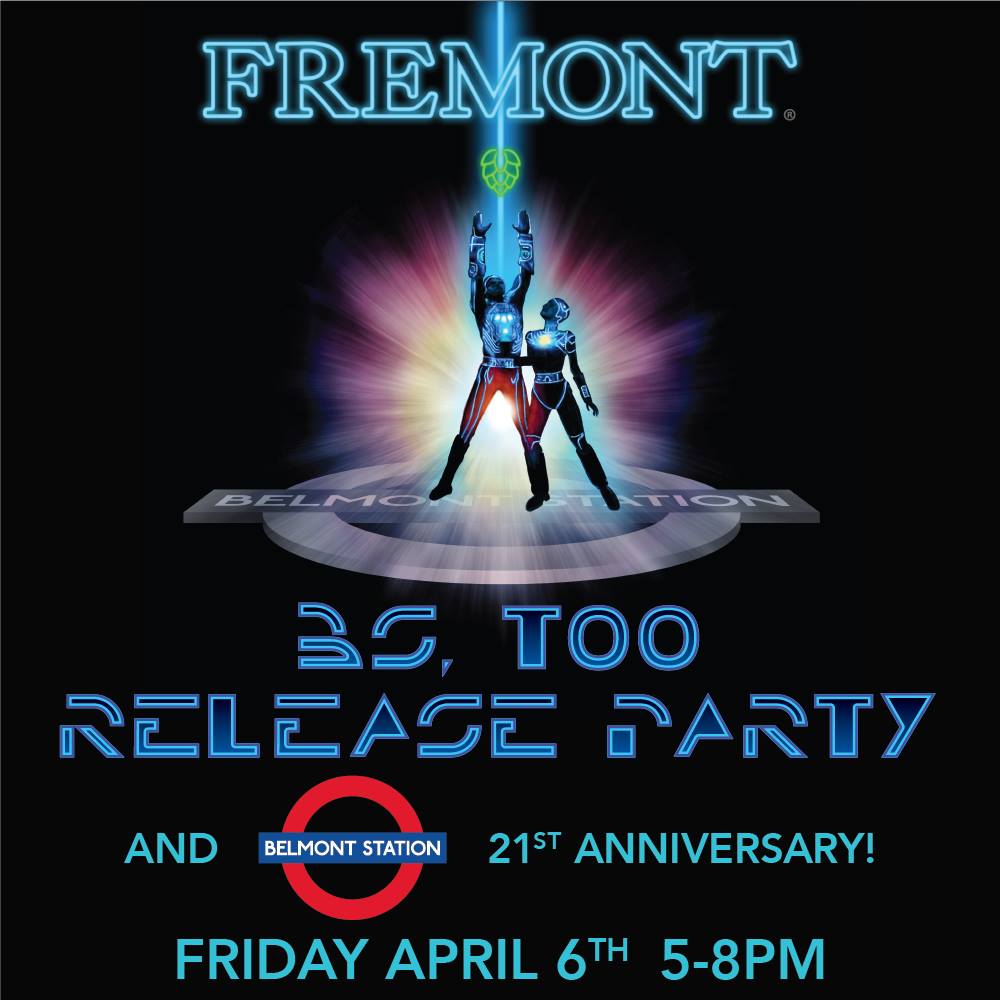 Belmont Station comes of legal drinking age on Friday, April 6th as it celebrates its 21st Anniversary. To mark this milestone Fremont Brewing brewed up a special IPA inspired from New England for The Station with its BS Too Hazy IPA.

Back in the year of 1997, Belmont Station opened up next door to the Horse Brass Pub, coincidentally on Belmont Street. Then ten years later the bottle shop relocated a few blocks to the north to its current home at 4500 SE Stark Street. Also at this time it added its Biercafe that served four rotating taps at the time.

Since then it has expanded and most recently expanded once again. Now with well over 30 rotating taps of beer, Belmont Station is one of the city’s best beer destinations.

Then to make the 21st Anniversary a bit more memorable, Belmont Station will once again allow its employees to pick the evening’s tap list. Beginning at 5:00pm on April 6th, a special tap list will take over at The Station, all chosen by its phenomenal staff.

That is just a few of the treats the staff has chosen so when Friday arrives, there will be plenty of more beer options!