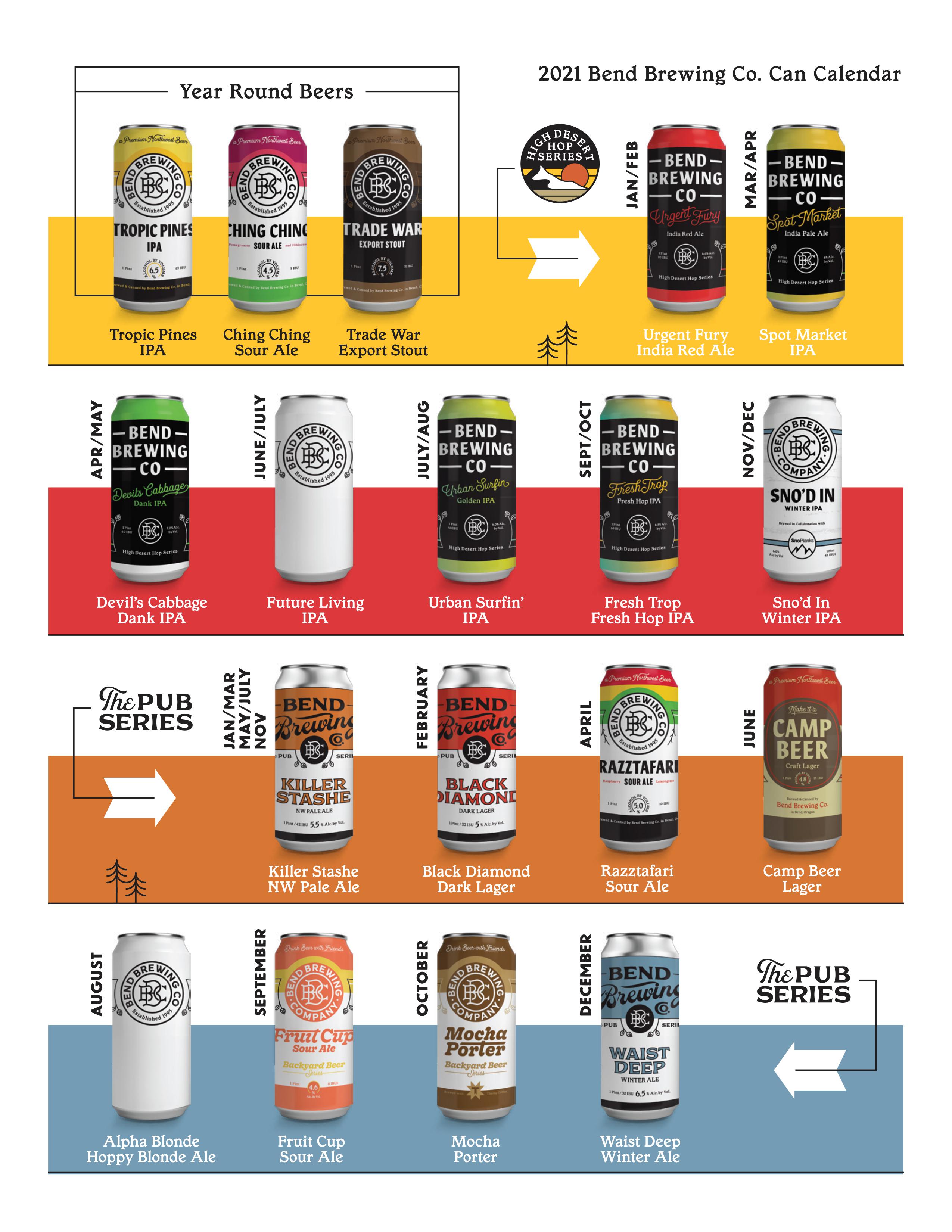 Bend, OR: Bend Brewing Company is looking forward to an exciting 2021 with the brewery’s most ambitious can release schedule to date in the company’s 25 year history.

Urgent Fury India Red Ale is the culmination of over a year’s development to craft a beer showcasing malt and hops equally.  German Caramunich and CaraRed malts impart a deep red hue and full malt character, while the absence of crystal malt prevents the beer from becoming cloying and muddling the hops.  Our brewers first tried to contrast the malt character with classic piney hop character before deciding to lean into the malt sweetness and utilize fruity/tropical Citra to complement the malt.  Amarillo, Simcoe and Cascade hops round out the hop bill in this modern 6.6% ABV India Red Ale. Urgent Fury IRA is available now at our downtown Bend brewpub and will see distribution in Oregon and Colorado through our partners at Bigfoot Beverages, Point Blank Distributing, Fort George Distribution and Colorado Craft Distributors.