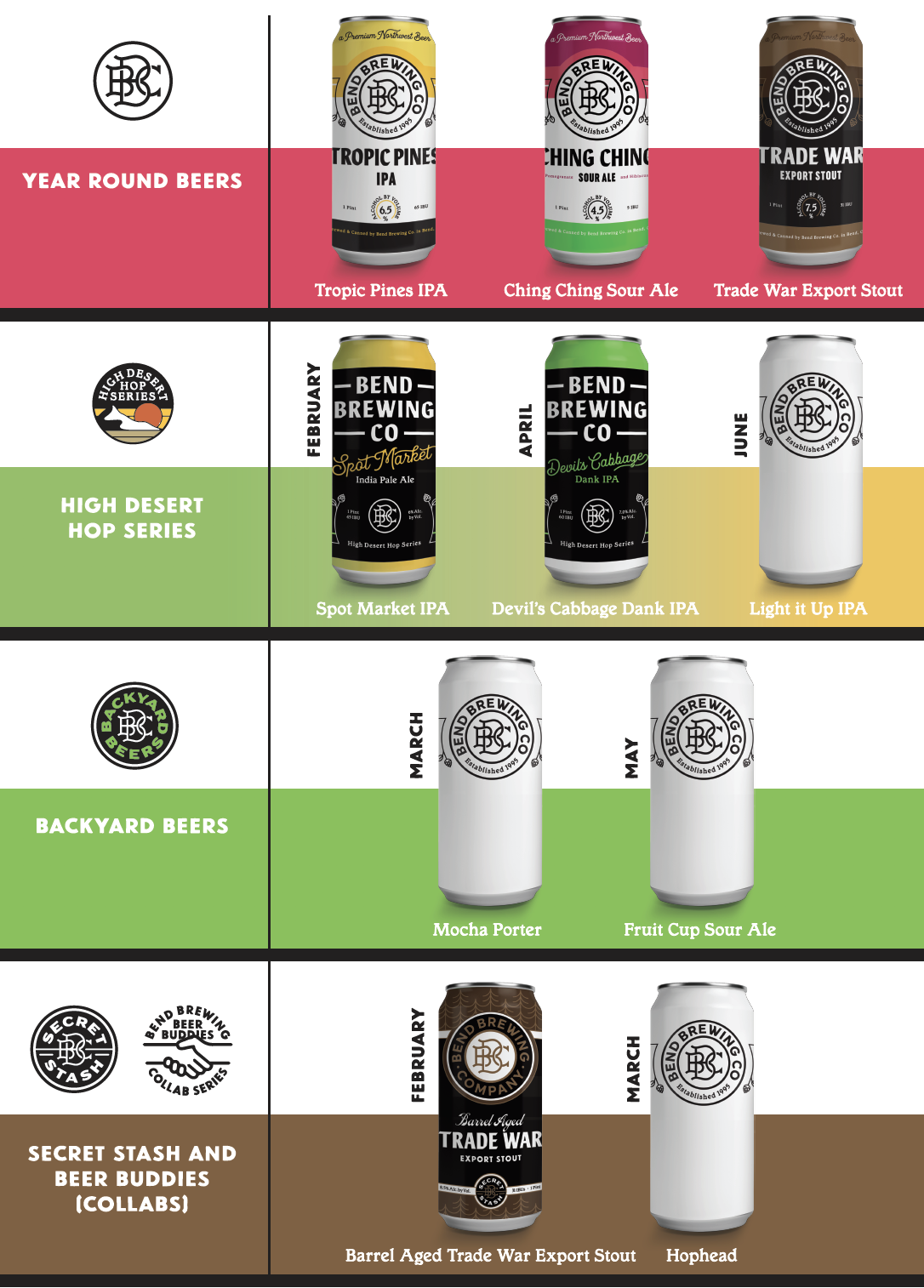 Nestled for the past 25 years in downtown Bend, Oregon, the award-winning Bend Brewing Company will celebrate its silver anniversary in 2020. Over the course of the year, Bend Brewing will release new canned offerings including Barrel-Aged Trade War Export Stout, Spot Market IPA and Mocha Porter in 16oz cans.

Barrel-Aged Trade War Export Stout is a​ brewers blend of award winning Trade War Export Stout made up of 60% Trade War aged in Westward Whiskey Barrels for 9 months, 20% aged in Bendistillery Rye Whiskey Barrels for 14 months and 20% fresh Trade War. The resulting blend is complex and layered without being over the top. Strong notes of bittersweet baker’s chocolate and oak dominate with subtle spice notes and a full body. Barrel-Aged Trade War is the first ever barrel-aged beer released in cans by the 25 year old Bend Brewing Company and to celebrate BBC will host a release party at their downtown Bend, OR brewpub on Friday February 7th featuring a dark beer taster tray paired with a house made brownie and live music from 6-8pm. Cans and an extremely limited amount of draft Barrel-Aged Trade War will be available next week through Bend Brewing Company’s distribution partners Running Man Distribution and Bigfoot Beverages.

Next up is the newest release in BBC’s High Desert Hop Series, Spot Market IPA. ​We decided to go off contract and turned to the world hop market to procure the choicest Washington state Mosaic, New Zealand Motueka, German Hallertau Blanc, and Oregon grown Crystal and Strata hops for this sessionable 6% ABV IPA. Spot Market IPA cans will be released as part of BBC’s Zwickelmania festivities on Saturday February 22nd. Spot Market IPA and the special Oregon Brewers Guild Collaboration IPA, State of Excitement, will both be available for purchase at both brewery locations on Zwickelmania. Spot Market IPA is available on draft now with cans seeing distribution through Running Man Distribution and Bigfoot Beverages beginning in late February. 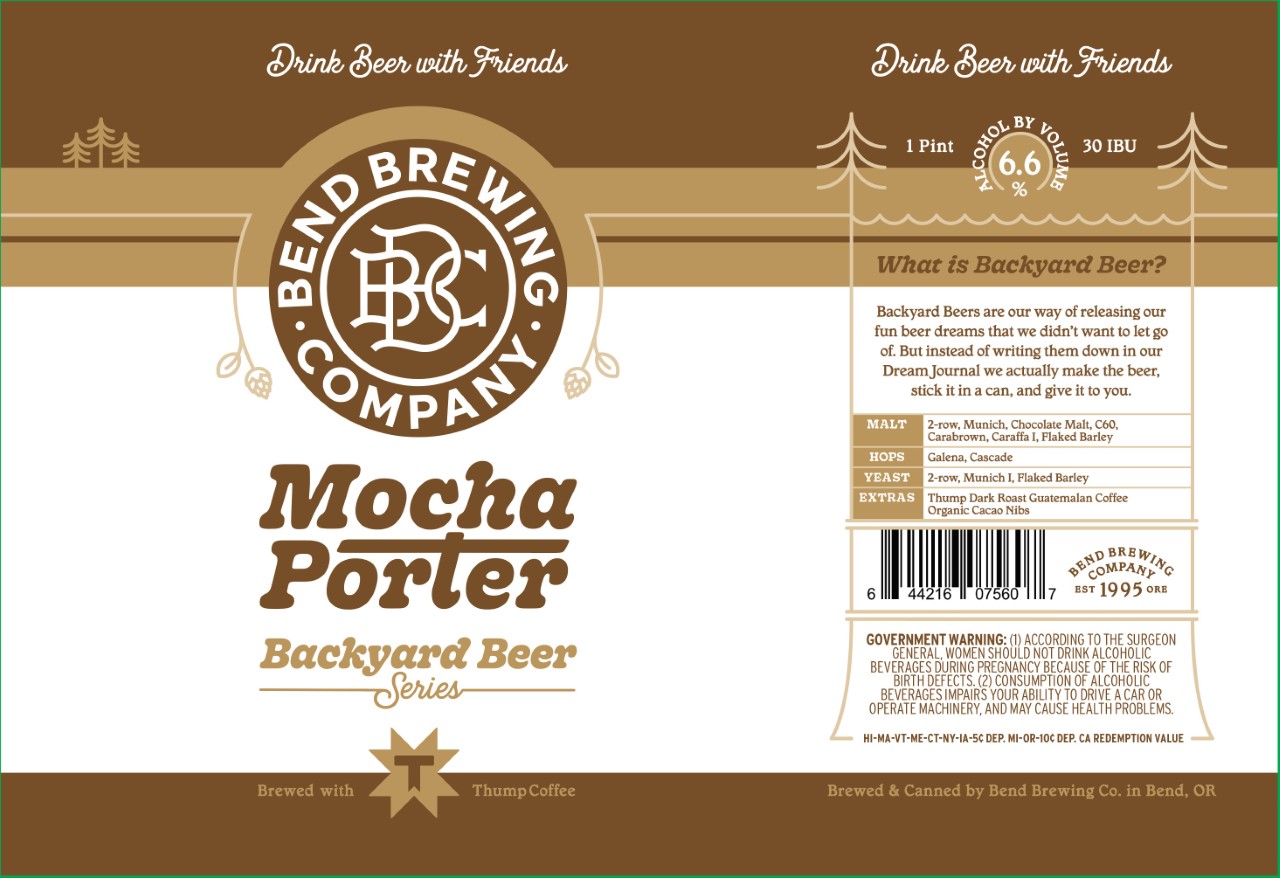 Our initial 2020 16 oz can release in the newly minted Backyard Series will be Mocha Porter. The winner of the 2020 NW Coffee Beer Invitational, Bend Brewing Company’s Mocha Porter combines organic cacao nibs and an experimental dark roast from THUMP Coffee at the rate of 3 lbs per barrel into a robust porter base. Mocha Porter will be released in early March and available throughout BBC’s distribution network.

Future Bend Brewing Company can releases for the first half of 2020 are detailed in our attached can release calendar.