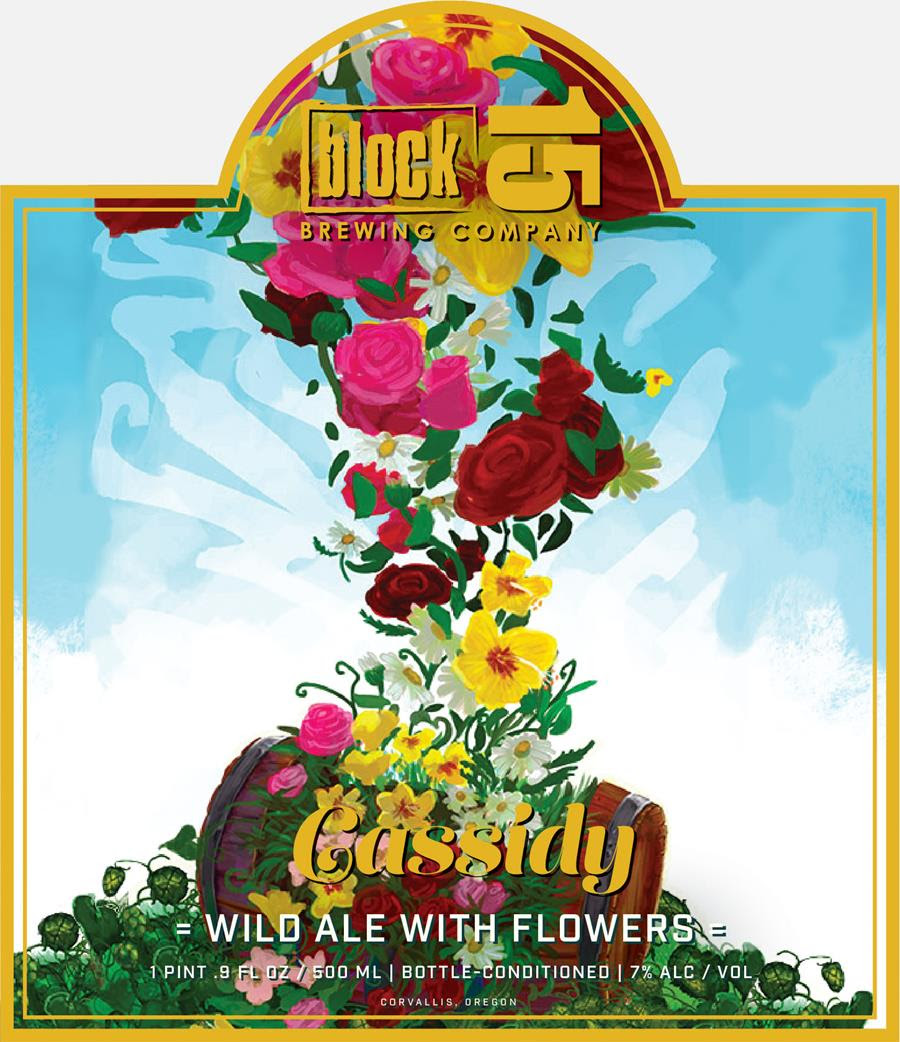 This weekend Block 15 Brewery & Tap Room will release Cassidy 2018, its latest wild ale available in 500mL bottles. The release will take place at Block 15’s production brewery and tap room located at 3415 SW Deschutes St. in Corvallis, Oregon. Doors will open at 11:30am.

Here are additional details on this year’s release of Cassidy as provided by Block 15.

Cassidy 2018 – Wild Ale with Flowers
BREWED ANNUALLY SINCE 2014
Inspired by my daughter, this farmhouse-style ale was brewed with spring flowers and matured in Sauternes wine barrels with a select strain of brettanomyces. Cassidy is brewed each spring, bottled the following spring with honey from her Grandpa’s bee hive, and released around her birthday. Each bottle contains a portion of all previous years’ blends. This bottle-conditioned ale is delightful fresh, and it will evolve beautifully as it ages alongside Cassidy. –Nick Arzner
7% ABV
$11.50 per bottle
6 bottles per person