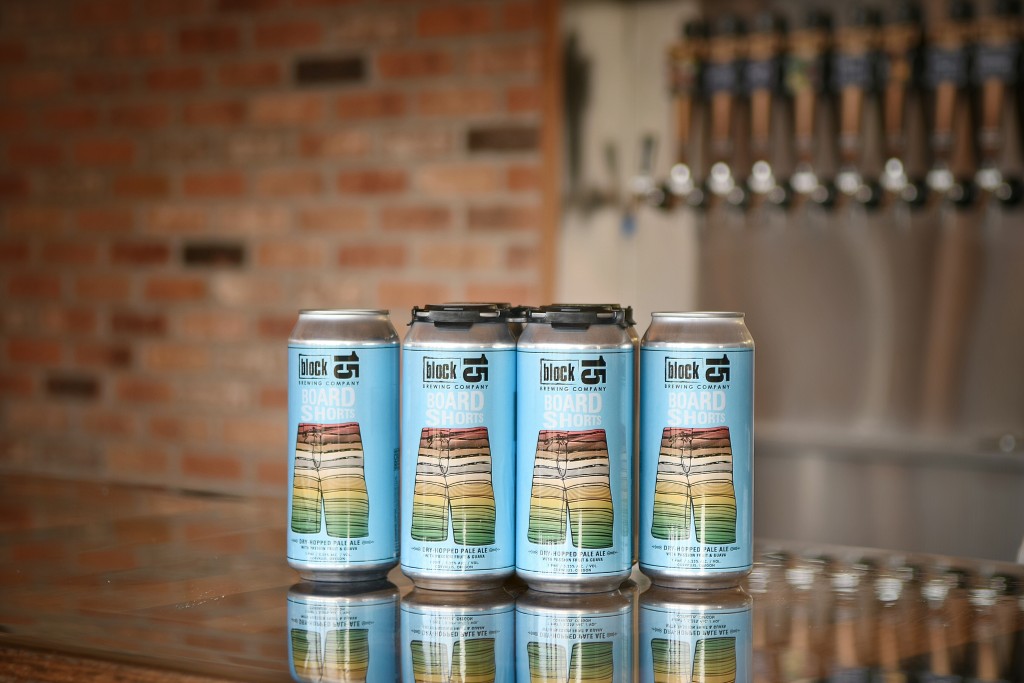 When Block 15 Brewing opened its new production facility a few months ago, this new 20 Barrel Brewhouse is now capable of providing more plentiful beer releases including various one-off can beer releases. Block 15’s first release of this kind is with its new Board Shorts Dry-Hopped Pale Ale.

Board Shorts is described as a hop-forward tropical pale ale that was inspired by Block 15’s original bar manager, Seth Raleigh who was always seen wearing board shorts throughout the year. This seasonal release is brewed with pale malts, hopped with Mosaic, Citra, Amarillo, and Galaxy hops, and finished with passion fruit and guava.

Unfortunately Raleigh was recently diagnosed with a rare form of brain cancer. Board Shorts is a homage to his positive spirit as he battles cancer. A portion of proceeds from Board Shorts will go to support Seth and his family. For those that would like to contribute directly to Seth’s Go Fund Me page you can do so by clicking here.