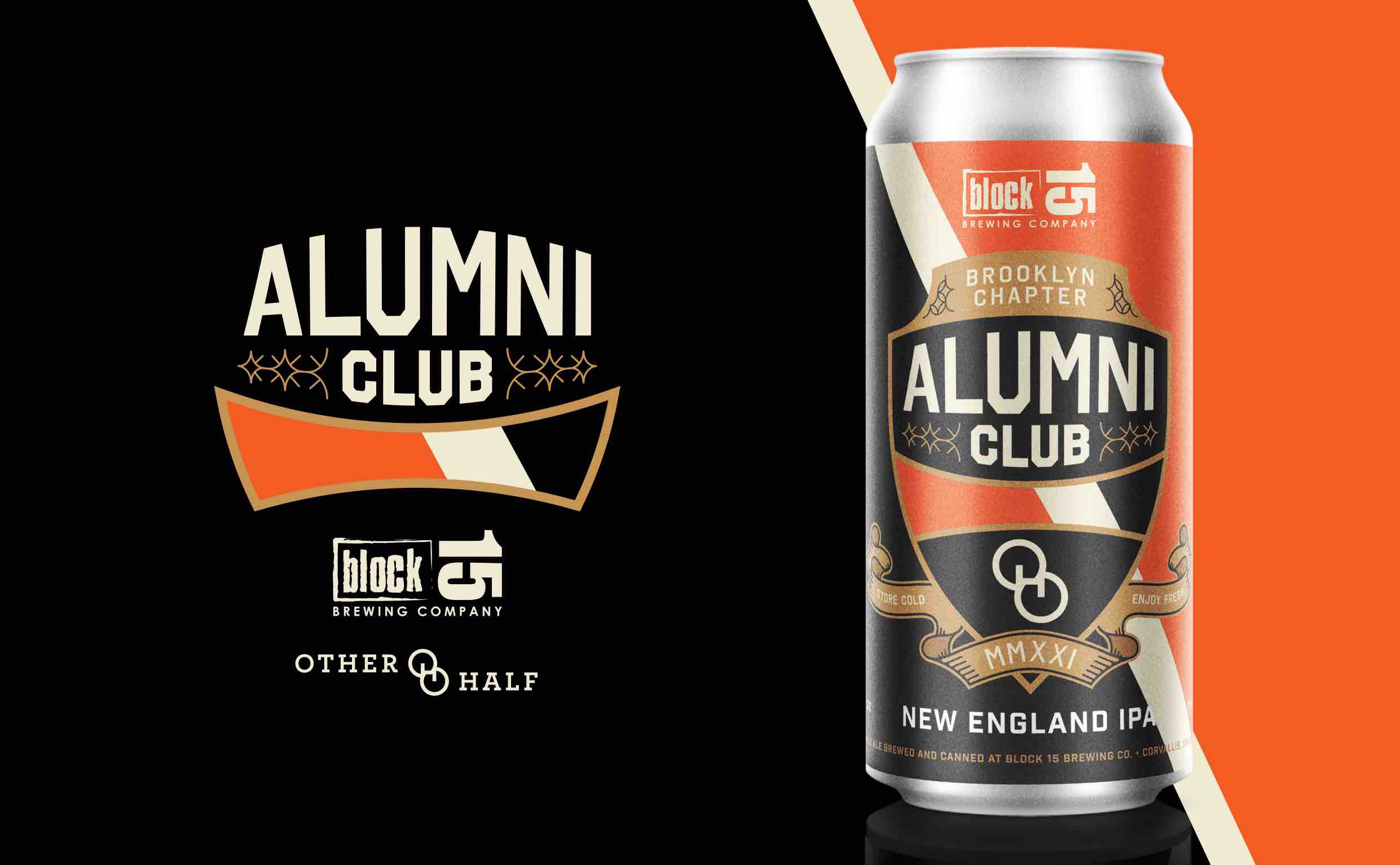 In addition to pairing university alumni to create the recipe for this New England-style IPA, locally-sourced hops were chosen from nearby Coleman Agriculture in the Willamette Valley. Citra and Strata hop varietals were chosen by Block 15, with Simcoe hops selected by Other Half.

“Oregon State University and the Fermentation Science Department have played central roles for a large part of my life and career.” said Matt Williams, Block 15 Brewery Operations Manager and OSU alumnus. “The opportunity to integrate them into a program that allows me to connect with other alumni with similar experiences, and to forge an even closer bond with the University, is an exciting prospect for me personally. I can’t think of a better way of showcasing the best that the OSU Fermentation Science program has to offer, and bringing some of our great alumni back to Corvallis to share some great beers with everyone.”

“It’s exciting to be back in Corvallis at the school that started it all for me.” said Sam Richardson, Other Half Co-founder/Brewmaster “OSU’s teaching and research is such a big contribution to the brewing community. Being able to connect with other alumni through collaborative brewing is also exciting, it shows the kind of community building that beer and brewing should be about.”

“Watching our former students like Sam succeed in the brewing industry is tremendously satisfying.” said Thomas Shellhammer, Nor’Wester Professor of Fermentation Science at Oregon State University. “I am happy for them and the positive impact our Fermentation Science program has on the nation’s brewing industry. The collaboration between Other Half Brewing and Block 15 is a fun way to recognize and celebrate our alumni’s success with beer that can be shared locally here in Corvallis.”

Partnering with the Oregon State Alumni Association and Fermentation Science Department, future Alumni Club partners will be paired with Block 15 to showcase regional styles, ingredients and innovative brewing techniques that exemplifies the craft that was honed at the university and flourished in the industry.

Alumni Club, Brooklyn Chapter releases On Friday, September 10th at both Corvallis Block 15 locations, with distribution to bottle shops and taprooms throughout the Pacific Northwest shortly after.

About Alumni Club, Brooklyn Chapter
Welcoming a new member annually, the Alumni Club celebrates some of the brightest graduates of Oregon State University’s fabled Fermentation Science Program. Sam Richardson, co-founder of Other Half and OSU alumnus, teamed up to create this inaugural brew. Featuring hops exclusively from nearby Coleman AG, Citra & Strata was chosen by Block 15, with Simcoe selected by Other Half to cram this New England-style IPA with notes of orange peel, passionfruit and strawberry. A silky mouthfeel provided by flaked oats and soft Oregon water rounds out your experience of higher learning.

About Block 15 Brewing Company
Offering unique hop forward ales, crisp lagers, barrel-aged rarities, and one of the Northwest’s most extensive wild and sour programs, Block 15 produces a range of artfully crafted beers, brewed with a nod toward fresh ingredients and fresh thinking. Established in 2008, and brewer-owned from day one.