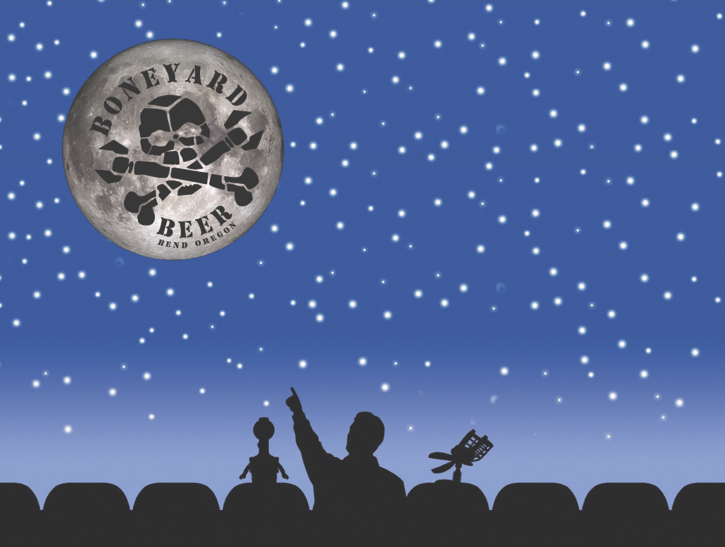 Boneyard Beer recently experienced a spectacular milestone as it brewed batch 1,000. Yes that’s 1,000 batches of beer during the past two years at its new production facility in Northeast Bend that is sometimes referred as the RPM Factory.

What Boneyard’s four brewers, Bill, Dana, Ian and Randin, decided to brew a beer named Mystery Science Beer 1000 to honor this momentous occasion. “The brew staff collaborated on this pale-colored IPA to let the hops take center stage. We chose five Yakima valley hop varieties to create a citrus and pine pop that is enhanced by a refreshing fruity character,” stated Randin in a news release.

To stay true to their creative spirit, the brewers wanted to brew a beer that tested their brewing knowledge. “The brewers wanted to make a traditional IPA,” says Dana in a news release. “We used, in our opinion, the classic trifecta of hops: Centennial, Amarillo and Simcoe to make a pretty straight-forward IPA that is different than RPM.”

This hop-forward IPA is said to tantalize your tastebuds from beginning to end. Boneyard’s Batch 1,000 will be available the second week in October.

Also of note, Boneyard Beer recently received some accolades from Sip Northwest Magazine in its annual Best of the Northwest awards. Boneyard was crowned Best Pale Ale for its Bone-A-Fide Pale and Hop-A-Wheelie IPA and Notorious IIPA place both placed second and its new PABO Pils place third in their respective categories. Congrats!