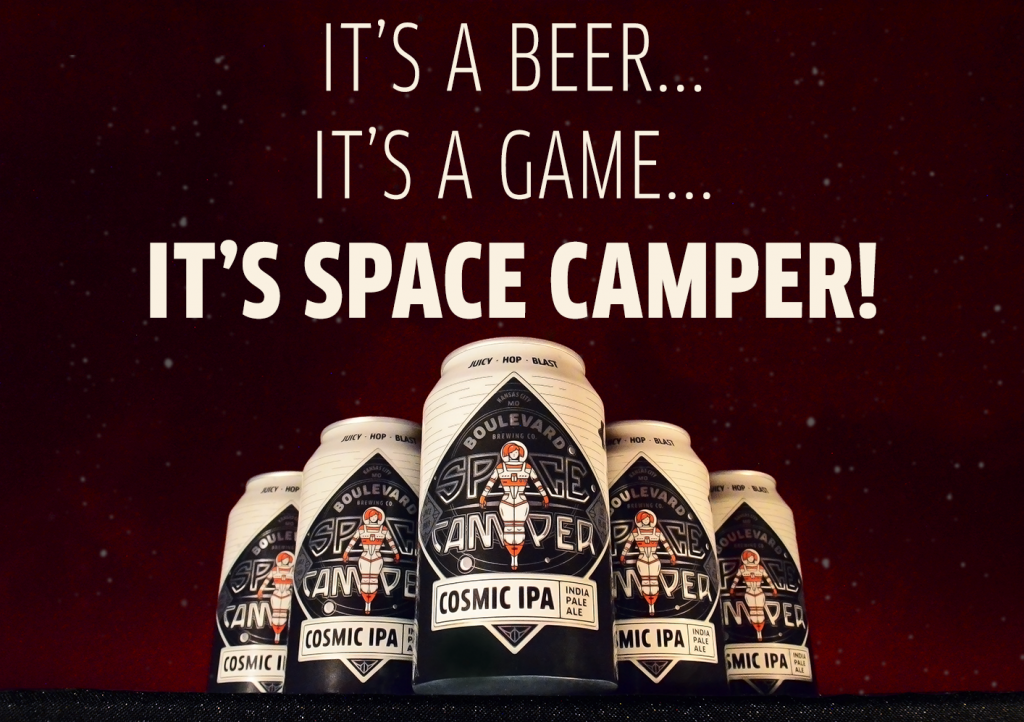 Here are additional details from the Boulevard Brewing’s press release…

Space Camper was inspired by Boulevard’s desire to offer drinkers an escape from the heavy-handed bitterness characteristic of so many IPAs. Their brewers employ massive hop additions at the end of the boil and again during fermentation, resulting in a redolent IPA bursting with aromas of mango, peach and bright pineapple. Space Camper pairs with a variety of dishes, like Chicken Biryani, Ginger Tuna Poke and Key Lime Pie, making for the perfect year-round beverage.

Your Mission: Save the Planet & Beer
Doubling down on Space Camper’s mission to Save the Earth – the Only Planet with Beer, the brewery is collaborating with the Arbor Day Foundation to plant 10,000 trees, an initiative all progressive planetary warriors can get behind.

Space Camper IPA is more than beer, it’s also a video game reminiscent of classics like Space Invaders and Galaga, transporting players to a forgotten corner of our solar system. The mission? Guide Space Camper’s fearless heroine as she battles to save Earth from an Intergalactic Planetary Attack!

Your cosmic mission can be accessed via desktop or mobile platforms. Click here when you’re ready for takeoff.