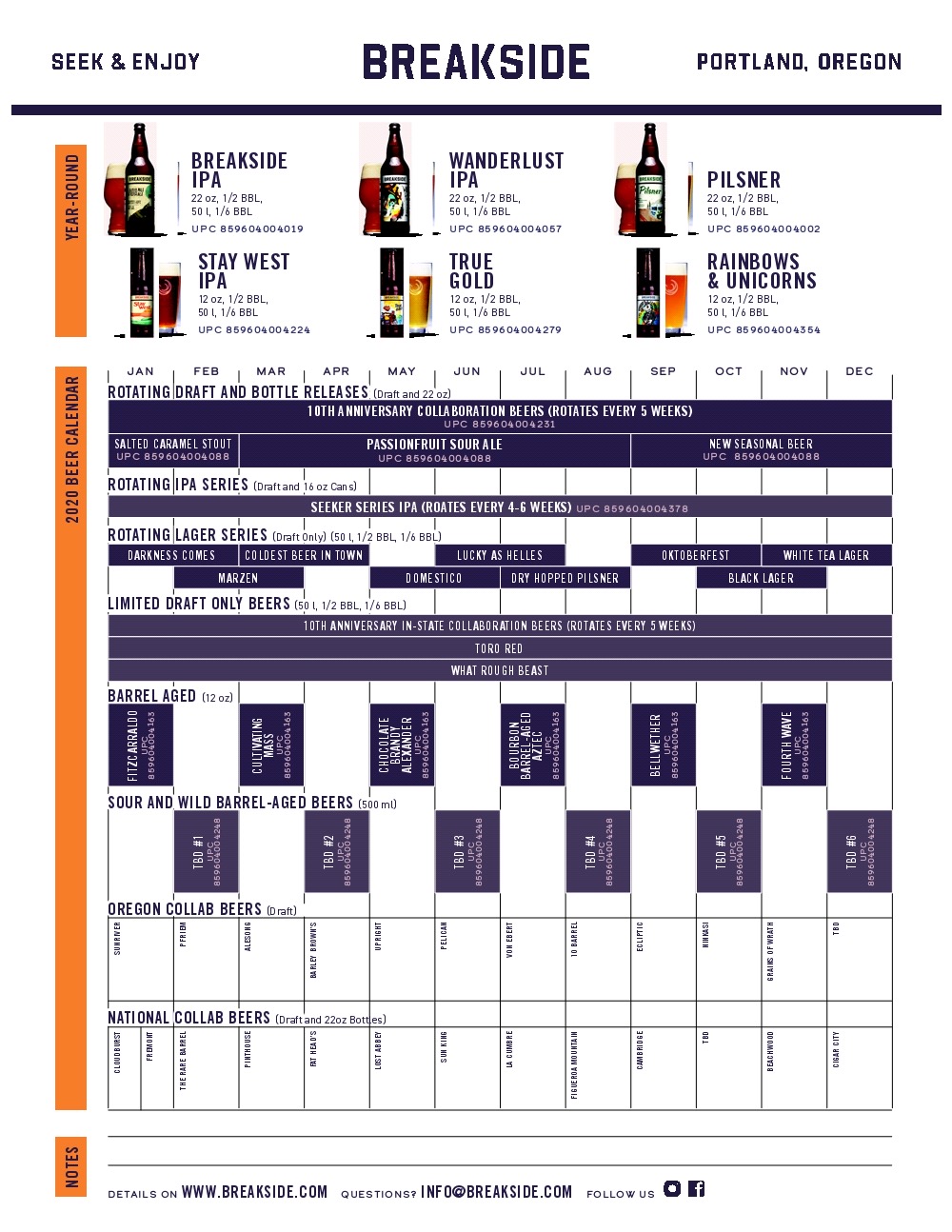 As we enter the new year, Breakside Brewery will celebrate its 10th Anniversary in 2020. To look at many of the beers that are in store, Breakside has announced its 2020 Beer Release Calendar.

Many popular favorites are returning to take their place in the lineup, as well as some entirely new and brand-new seasonal beers. Signature beers Breakside IPA, Wanderlust IPA, Pilsner, True Gold and Stay West IPA return as part of the brewery’s core lineup in 2020. Rainbows & Unicorns will join the year round core lineup in six packs and on draft.

Also returning in 2020 is the Seeker Can IPA Series will continue with at least six new beers in the lineup, one new beer introduced every 6-8 weeks. Breakside’s seasonal lineup of will include Salted Caramel Stout to kick off the year and will be followed by Passionfruit Sour Ale in March and then a new yet to be named beer in September.

“The brewing staff and I are thrilled to offer our customers this set of diverse and ambitious beers in 2020,” said Ben Edmunds, brewmaster for Breakside Brewery, in a statement. “As everyone in the craft beer industry knows, quality and innovation are essential to success these days. We’ll be releasing at least 30 NEW brands from the production brewery in addition to the beloved core beers that we make. We want to give Breakside fans beers that are delicious, novel, and fresh every time they grab one of our cans, bottles, or pints. I hope folks will try out many of our new offerings— especially our collaboration beers with friends from around the country— and that they’ll also revisit our award-winning flagship IPAs.”

In addition to these beers on the calendar, Breakside will continue to offer more experimental, barrel-aged and sour beers throughout 2020.